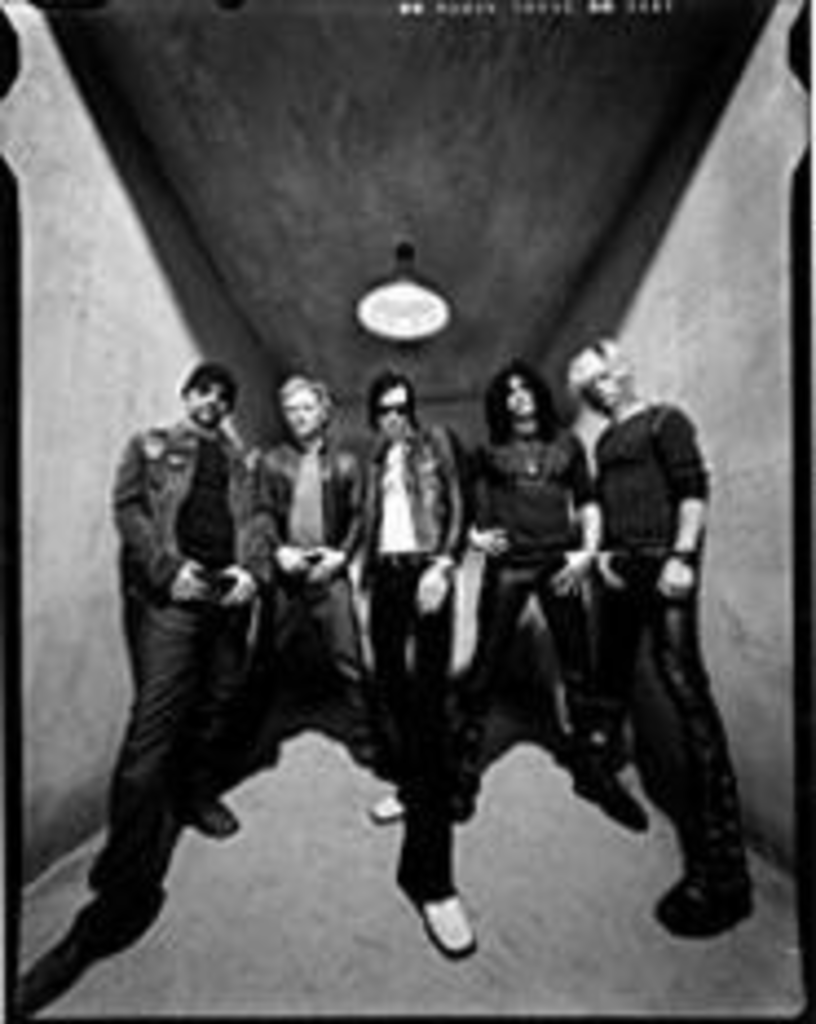 Someday it will happen. Hell will freeze over. Pigs will fly. Every star and planet in the universe will align in perfect harmony, and the original Guns N’ Roses lineup will reunite for an album and a tour. Don’t hold your breath just yet, but it’s bound to occur eventually. The original, die-hard GN-fuckin’-R fans will accept no substitute. No Gilby, no Dizzy or Skizzy or Comet or Cupid. Just give us the original fab five who masterminded Appetite for Destruction.

Until then, there’s Velvet Revolver. The band is the latest and greatest redheaded stepchild in the extended GNR family. The quintet’s core consists of founding GNR guitarist Slash and bassist Duff McKagen as well as Use Your Illusion-era drummer Matt Sorum. And then some guy named Dave Kushner on rhythm guitar.

But a band is only as good as its frontman, and with Axl Rose long since having gone the way of Howard Hughes, Slash and his buds launched a lengthy search for a singer with an abrasive disposition and a great set of pipes. Enter Scott Weiland, the man who put the stoned in Stone Temple Pilots.

But replacing one of rock’s most inconsistent frontmen with one of rock’s most notorious fuck-ups might not be the smartest move in the playbook. After all, Weiland has been rehabbed more times than the ceiling of the Sistine Chapel. Of course, that might also make him the perfect choice for center stage. The STP belter has always been far more interesting than the other poor-man’s Eddie Vedders channeling his pain in baritone. Plus, he’s a genuine rock star: car crashes, drug busts, parole violations and more court appearances than Judge Judy just in the past year. Cliché? You bet, but it’s refreshing in an era when the Perry Farrells of the world have traded sport fucking and heroin spikes for Pilates and wheat-grass juice.

With Velvet Revolver on the road for the next two months and Weiland’s ongoing legal and personal woes still simmering, trouble seems to loom constantly on the horizon. The release date for the band’s debut, Contraband, has already been pushed back a number of times, and VR had to postpone a video shoot when a judge refused to release Weiland from rehab. But who doesn’t love an old-fashioned rock soap opera? Watching how long it takes VR to disintegrate is half the fun. And even if it doesn’t disintegrate, the band has some significant obstacles to overcome.

Velvet Underwhelmed: What the hell is a Velvet Revolver anyway? Wait — don’t tell me. Like Led Zeppelin and Iron Butterfly, the moniker denotes a heavy-light dynamic that underscores the group’s propensity for sonic and behavioral extremes, right? Besides, Aging Leather-Clad Drug Addicts was taken already. By Mötley Crüe. At least it’s not called Weiland’s Snakepit.

Axl Syndrome: Weiland is already exhibiting worrisome signs of Axlesque behavior. Use Your Illusion featured “Get in the Ring,” an enraged ode to music journalists in which Rose named names and alienated GNR from the national rock press. Maxim recently dubbed Contraband its album of the month, but Weiland took issue with the reviewer’s “punk-ass backhanded comments” and posted a seething retort on VR’s Web site. “Let’s meet up face-to-face,” Weiland’s blog challenged. “And see just how ‘boozy’ I am in person — when I get ‘maniac’ on your ass motherfucker!” Next thing you know, the guy’ll be showing up three hours late to gigs and starting riots in St. Louis.

Snake shit: Forget gold records — these guys’ collective side projects haven’t even gone tin. Slash’s Snakepit was so bad it made The Spaghetti Incident sound like Sgt. Pepper’s. Weiland’s and McKagen’s solo efforts were relegated to cutout bins within seconds of release. Anyone remember the Neurotic Outsiders? Loaded? Ten Minute Warning? Mad for the Racket? Didn’t think so.

Pig Fist: Having Matt Sorum on board does not inspire confidence. One of rock’s most ham-fisted drummers, the bandana buffoon’s lumbering stick work was an unwelcome contrast to original GNR drummer Stephen Adler. And Sorum’s résumé includes Mr. Big and Slash’s Snakepit. ‘Nuff said.

Mr. Anonymous: No one knows, and — in a band full of stars — no one cares about former Electric Love Hogs guitarist Dave Kushner. Being in a group in which Matt Sorum is way more famous than you has gotta be a humbling experience. Remember, Dave, there’s always telemarketing.

Axl still rules: Sure, he’s a weirdo hermit who hasn’t released an album in ten years, but at least he’s kept busy in the studio and (mostly) avoided public humiliation. The running joke is that there will be democracy in China long before there is Chinese Democracy, the working title of Rose’s long-delayed opus. But it might be worth the wait. Tracks from the Democracy sessions have been floating online for years, including songs such as “Best of Me,” which are among the vocalist’s finest to date. If the reclusive Rose can get his shit together long enough to release Democracy and complete a tour, he could regain his status as a rock god — and leave Velvet Revolver dead and bloated.