Up Down Arcade Bar opens next Friday, April 17 in the Crossroads 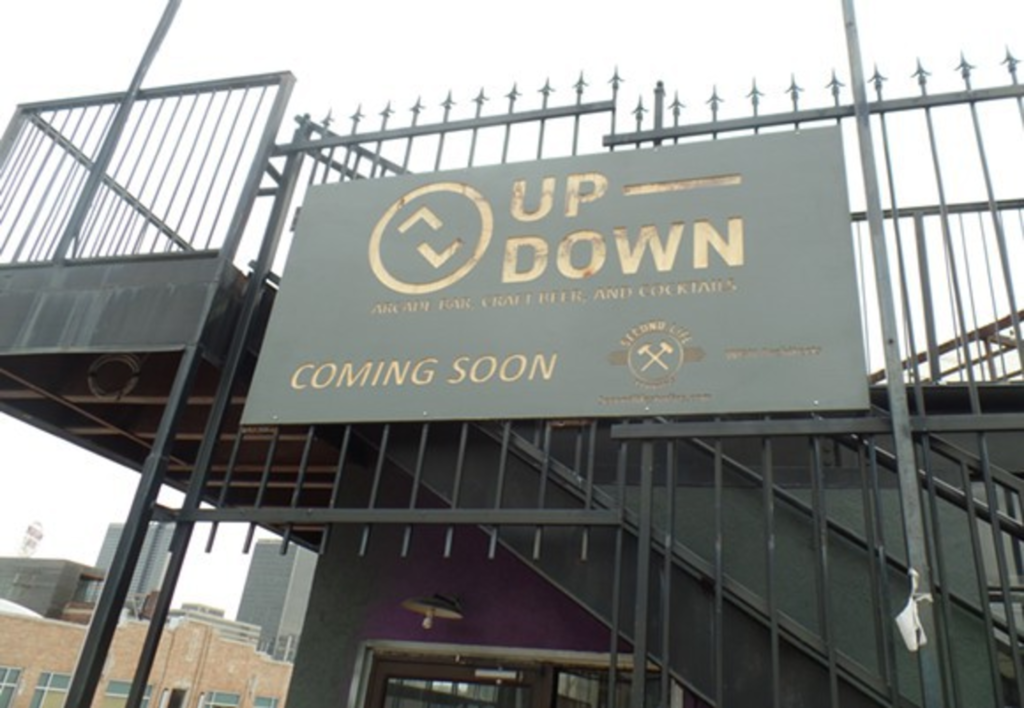 Up Down, the bar and arcade concept created by a trio of young entrepreneurs from Des Moines — Josh Ivey, Sam Summers and Rafe Mateer — will open to the public on Friday, April 17, at 5:30 p.m. at 101 Southwest Boulevard.

Ivey and his business partners leased the former Hamburger Mary’s location last fall and have taken months to renovate the space. When it opens next week, the venue will feature 58 taps of cold beer (including the upstairs patio), craft cocktails and some sort of food component, although Ivey says part of the business “will come shortly after Up Down opens.”

Most of the arcade games inside the Up Down building will be vintage models dating back to the 1980s and ’90s. Ivey thinks that one of the older models, Asteroids, dates back to 1979. “It still has a black-and-white vector screen,” Ivey says  Other arcade favorites will be Pac Man, Donkey Kong, and the six-player X-Men game dating back to the early 1990s.

Up Down will be an adults-only arcade.