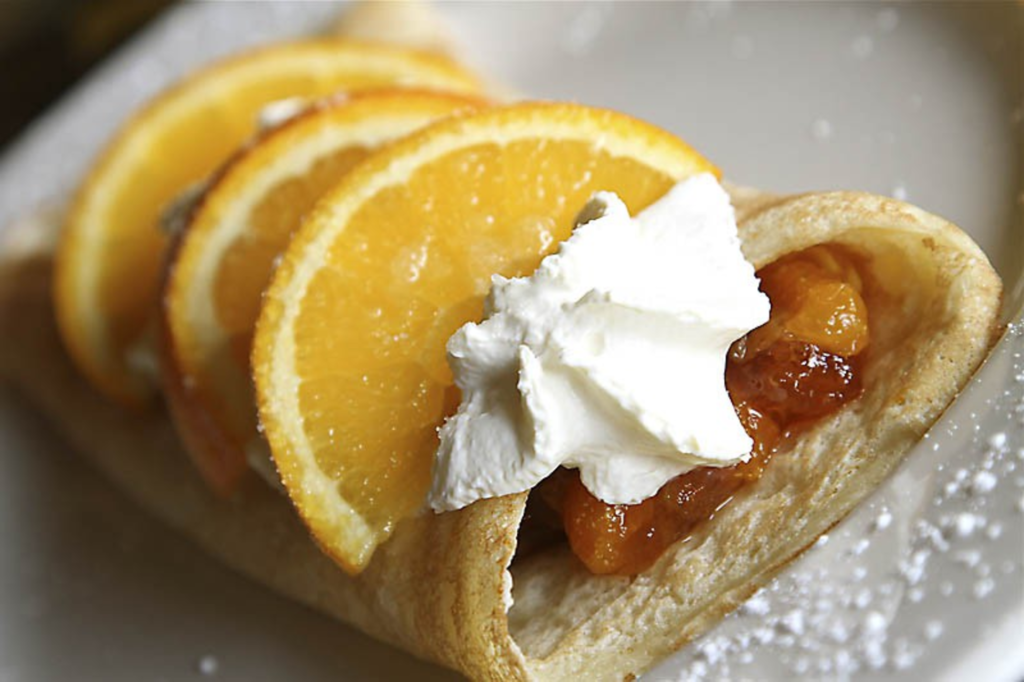 The great gilded age of the American Brunch was probably the late 1970s, when there was fierce competition among restaurants to lure in the hard-partying young sophisticates who got up late and were happy to pay a premium for a starchy buffet and a potent mimosa or Bloody Mary.

In those days, Sunday brunch was a sure way to extend the festivities of the night before. I remember hearing people — sloppy drunk and perched woozily on their bar stools — organize their brunch plans Saturday night. A friend of mine was so annoyed by this habit that he lobbied to start an organization called GAB: Gays Against Brunch. He was perfectly serious.

In the 1980s, brunch fell out of favor, no thanks to my friend and no surprise to anyone who, like me, had witnessed one too many sorry tables groaning with mounds of cheese cubes, flavorless melon balls, reheated blintzes, soggy scrambled eggs, hideous pastries, and “eggs Benedict” made with leathery English muffins. By then, the more expensive brunch buffets often had the worst food. It took a couple of stiff Bloody Marys to make the experience seem like anything but punishment for the night before. When I stopped drinking, I gave up brunch, too.

Two decades later, brunch is enjoying a revival. Buffets haven’t returned in force — though the phrase “all you can eat” has regained a certain cachet in this economy — but the menu-driven morning salve to offset the weekend’s sins is everywhere in Kansas City.

Mind you, variations on those old buffets do exist, and at least one doesn’t adhere to the price-to-quality inversion of days past. The most expensive buffet brunch in the city is probably the swanky spread at Benton’s Prime Steakhouse, atop the Westin Crown Center Hotel, with a view of the city below and an elegant display featuring oysters and shrimp and caviar on ice. The price for adults is $32 ($2 more if you want a glass of champagne to wash down the caviar). It’s a special-occasion venue, to be sure, but one that answers the call for Sunday-morning glamour.

The least costly buffet brunch? I’d vote for the overloaded affair at Cinzetti’s Italian Market Restaurant in Overland Park. It’s far from intimate or elegant, but it’s a lot of plate-filling bang for $14.49.

Arguably, though, menu brunches are more cost-effective. Not everyone, especially after a hard-drinking Saturday night, wants to pay for a big buffet brunch if just hungry for buttered toast and coffee. Then again, some diners believe passionately that brunch and buffets are inextricable. “If I can’t eat as much as I want,” one friend of mine insists, “it’s not a brunch.”

Three of the more unusual brunch options in town are offered by restaurants that aren’t well-known for even serving breakfast. On the Country Club Plaza, the M&S Grill puts out a buffet brunch that’s reasonably priced. Over in Brookside, the upscale pizzeria known as the Blue Grotto has been serving brunch from a simple, modestly priced menu for nearly a year on Saturdays and Sundays. And in Westport, the wine bar and bistro Boozefish offers a menu brunch on Saturdays but not Sundays. (Owner Maija Diethelm-Floyd doesn’t have a Sunday liquor license.)

Diethelm-Floyd’s brunch business has been hit-or-miss over the past two years, she says. When special events coincide with the brunch hours — the jewelry shows offered the second Saturday of each month, for example — the dining room fills up. But the place was empty when my friend Martha and I stopped in a couple of Saturdays ago. That’s a shame, because Boozefish’s brunch is pretty damn good, if you like crepes. The Saturday brunch menu is heavy on the crepes, both sweet and savory. There’s also an attractively puffy quiche of the day — the classic Lorraine that we sampled was baked in a crust with just the right flake.

By the time that dish arrived, we were already nearly full, having finished off toasted slices of a Farm to Market baguette, which we generously buttered and spread with a variety of local jams. We also tried one of the four savory crepes: a bacon-and-egg concoction mixed with chopped onion, red peppers and grated smoked gruyere. I would have liked it much more if the cheese had been melted and gooey. (Among the crepes, there’s one vegetarian option: a feather-light model wrapped around fiery poblano peppers, fresh corn and scrambled eggs.)

Boozefish’s two sweet crepes included one that was thickly spread with Nutella, the chocolate-and-hazelnut spread. I am not, alas, nutty for Nutella, so Diethelm-Floyd suggested a dessert that she had prepared for that night’s dinner crowd: an airy, mousselike pumpkin pudding topped with a dollop of ginger cream and sprinkled with crushed gingersnaps. With a cup of strong, hot coffee, it was not only an imaginative finale to a satisfying morning meal but also a good argument against the usual please-everyone buffet.

Many more desserts are on M&S Grill’s buffet table, even if the menu didn’t convince me that the “freshly baked pastries” hadn’t been pulled out of a box and defrosted. But freshly baked is the story here, and, damn it, the staff is sticking to it.

The service at M&S is friendly but inconsistent. On one recent Sunday morning while dining with Bob and Carol Ann with an after-church crowd, we never received even a crust of the “warm, cinnamon-sugared rolls” that the menu promised. The kitchen hadn’t run out of the yeasty little things — we could hear friends at another table raving about them. Our chatty waiter simply neglected to deliver the goods. That may be just as well because serious overindulgence is likely even without the rolls. The hot dishes here are heavy on fattening staples: big, fluffy biscuits smothered in sausage-cream gravy; an exquisitely succulent pot roast, one of the best I’ve tasted in a long time; and pasta dishes in spoon-bending sauces.

M&S Grill has offered this Sunday brunch since last April, and it has really caught on, according to manager Ciaran Molloy. “We’ve built up a solid core of regulars,” he says. The spacious dining rooms swell around noon, and — for less than $20 — the chefs set out a buffet that largely lives up to its spectacular visual appeal. Standards on more expensive local brunch menus — smoked salmon, peel-and-eat shrimp, fat Belgian waffles made to order — taste good here, too.

Carol Ann’s eyebrows shot up at the waiter’s announcement that the restaurant offered “bottomless mimosas” for $5 during the brunch hours. “Five dollars for all the mimosas you can drink?” Carol Ann asked. The waiter answered with a complicit nod, and it was on.

The Blue Grotto has a less indulgent but still reasonable alcohol special: Bloody Marys, mimosas and screwdrivers for $3 each. I just wanted a steady flow of hot coffee on the nippy Sunday morning that I brunched with Martha, when we were seated at my least favorite table in this restaurant. It’s the one adjacent to the door leading to the patio. This inconvenience didn’t ruin our brunch, but it’s smart to request one of the second-floor tables.

Wherever you sit, you’ll find a brunch menu in flux. Since I was last there, chef James Landis has replaced the tomato-prosciutto-and-spinach strata with a frittata baked with bacon and spinach. More changes are ahead, our waitress told us, but the best-selling items, such as biscuits and gravy (there’s nothing Italian about the Blue Grotto’s countrified version of the brunch staple) and the vanilla-scented French toast (griddled with a center of fluffy ricotta and doused with honey-pecan syrup), seem destined to survive the cut.

I loved the “Pizza Benedict,” a multicultural fusing of prosciutto, poached egg and soothing Hollandaise sauce perched on fresh-tasting flatbread. A Mediterranean-style omelet, folded around artichoke hearts, peperonata and a dusting of Asiago cheese, was a shade salty but satisfying. The roasted potatoes that came with the dish were worth protecting from the forks of curious tablemates. I should have known better than to reach for Martha’s. It doesn’t take a churchgoing bruncher to remember the eighth commandment: Thou shalt not steal roasted potatoes.