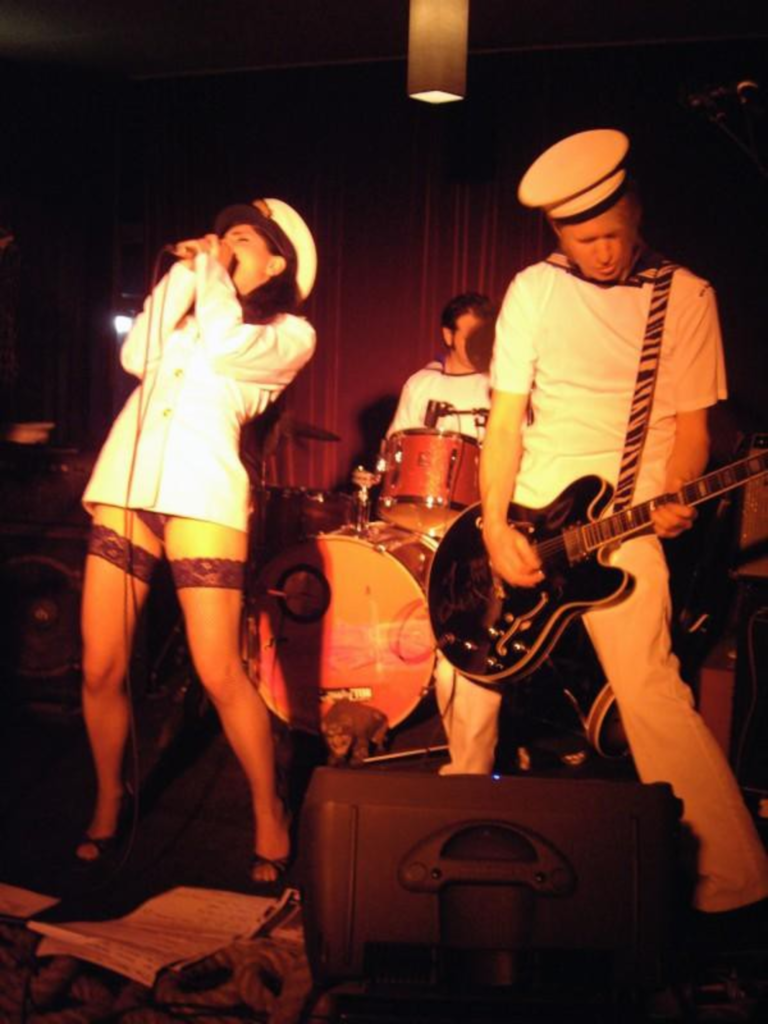 It’s not often we get exclusive tunes here at Wayward Blog, much less from an international act. However, here we are with “All Girl Gang Riot,” from Labretta Suede & the Motel 6. The band originally hails all the way from Auckland, New Zealand, but now calls New York City home.

Sez Ms. Suede herself: “‘All Girl Gang Riot’ was recorded with Matt Verta-Ray here in NYC and has yet to be released or mastered for that matter… but it sound pretty good regardless.”

We agree. Anything Verta-Ray puts his hand to (Speedball Baby’s Cinema!, for instance) is frickin’ awesome, and this track is no different. It’s a garage stomper highly recommended for those who like to frug, shang-a-lang, and so forth. We also have “Boogaloo,” from the band’s debut, Not Food Hungry. You are now prepared to get on down when the band hits our area twice next week.

Labretta Suede & the Motel 6 play the Record Bar in Thursday, May 13, with Little Rachel and the Rhythm Busters, as well as the Billybats. They hit the Jackpot the following night, Friday, May 14, with the Spook Lights.