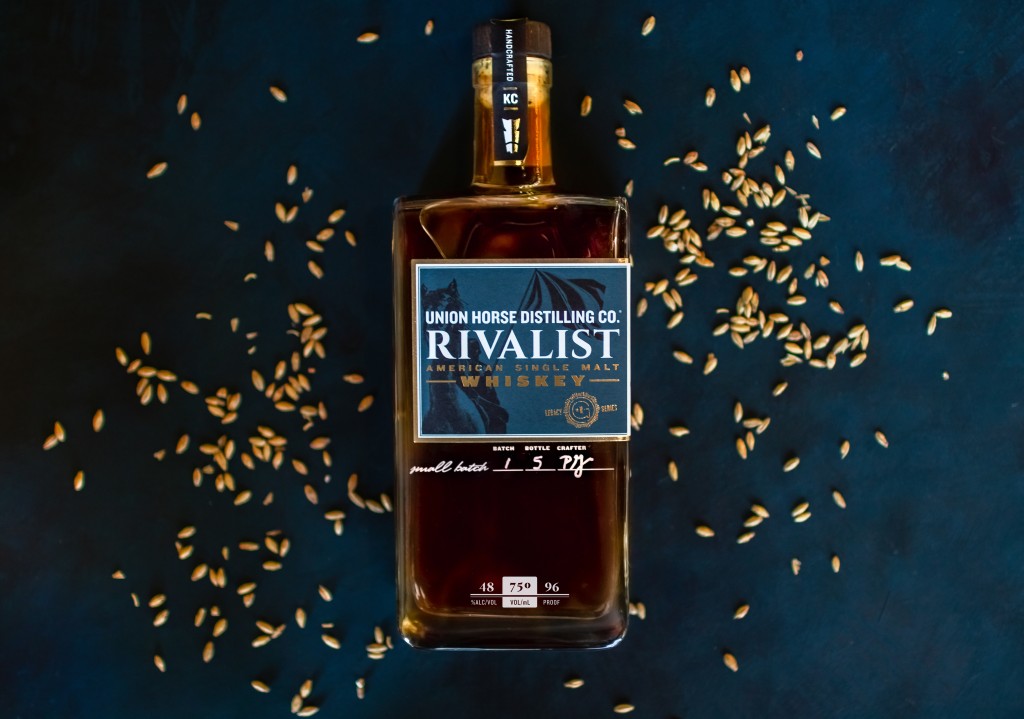 When Kansas Citians tend to think of local distilleries, their thoughts generally wander to areas like the Crossroads Arts District. However, if you focus your gaze a little further southwest, you’ll find the OG of modern KC distilleries: Union Horse Distilling Co. Located in Lenexa, this family-run business has been distilling premium whiskey and vodka since 2010. If you ask Damian Garcia, Union Horse’s Director of Sales and Marketing, their newest release is their best yet—it’s called Rivalist, and it’s an American Single Malt Whiskey that’s taken almost a decade to perfect.

“We see Rivalist becoming our next signature, flagship spirit,” Garcia says. “We started experimenting with Single Malt Whiskey in early 2015, trying out different recipes, proofs, and aging processes. In 2017, we finally cracked the code, and started refining the recipe for what just hit shelves.”

That recipe would eventually become Rivalist American Single Malt Whiskey, which was officially released in mid-August of 2022. It’s made with three different styles of barley: odyssey, chocolate, and caramel. It’s then aged in small batches in new oak barrels, bringing out a unique and distinct combination of flavors. 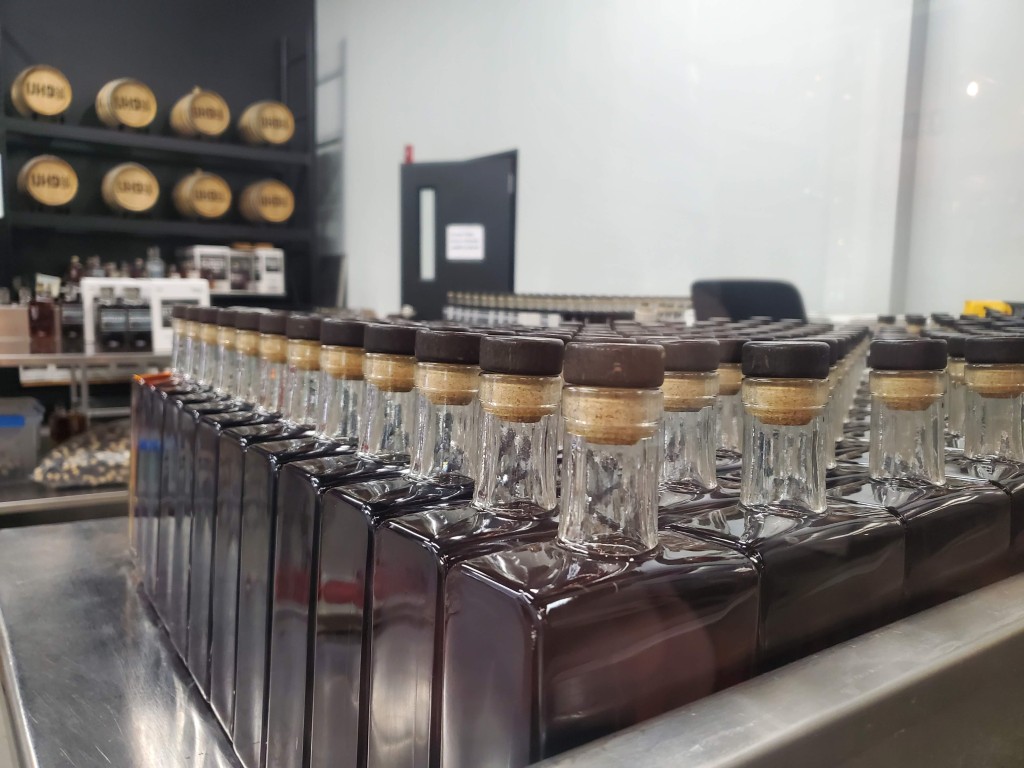 It’s a painstaking process, but one that feels right at home in the carefully crafted confines of the Garcia family’s distillery. When you walk inside, you’re greeted with an elegant, modern layout as you move through rooms with names like The Rider Room, The Stable, and The Paddock (the Garcia family owns a horse farm, if you couldn’t tell). The distilling process takes place in the center of the building, with a convenient glass viewing window running the entire length of it. You can watch as Damian’s brother and Union Horse’s Master Distiller, Patrick, and his team work through the process of creating these tasty spirits.

Union Horse really is a family affair. Besides Damian and Patrick, brother Eric serves as the General Manager and sister Mary as the Director of Special Events. All share the love of creating things for others to enjoy, a drive to succeed, and a view of themselves they’ve long held: that of the underdogs.

“When we first started releasing spirits in 2011, there weren’t a lot – or any – craft spirits on the shelves of local stores,” Damian says. “If you walked into the liquor store, you’d find our whiskey sandwiched between mass-produced brands like Maker’s Mark and Four Roses. Rivalist is all about that same fighting spirit, as we’re leading the charge for a brand new standard of identity of American whiskey.”

A “standard of identity” isn’t just marketing fluff—it is a specific set of criteria that a food or drink needs to meet to receive a certain classification. For example, tequila has to be 100% blue agave and made within the Jalisco state of Mexico; otherwise, it’s labeled as an “agave spirit.” The new standard of identity that Rivalist meets is that of the “American Single Malt Whiskey,” which is a fairly stringent set of standards that should make for some extremely tasty small-batch spirits. This classification covers the manufacturing process, distillation proof, aging, and more. This standard of identity isn’t official yet, but it should be before the end of the year.

That means that Rivalist will have a head start on the competition. Many craft distilleries across the country have been working on products that will meet these standards, but not many of them are on shelves yet. In what has become a running theme for the family’s business, Union Horse Distilling looks to again be at the head of the pack.

It helps that Rivalist is a really tasty whiskey. On the nose, you’ll think it’s going to be very hot—at 96 proof, it’s got a bit more of a kick to it than a lot of whiskey out there. As soon as you start sipping, that heat gives way for a complex and inviting flavor profile. The central pillars of Rivalist’s flavors are like an aging cellar: dried fruit and nuts, some woodiness, and a pie spice quality that makes you want to go back in immediately for another drink. There are hints of a floral element alongside some almost bourbon-like sweetness.

Without getting too in the weeds: it tastes damn good.

Garcia recommends drinking Rivalist neat or with a large ice cube—and we couldn’t agree more. The price range (about $60 per bottle) means you probably don’t want to use it as a cocktail base unless it’s a very whiskey-forward sipper like a Manhattan or an Old Fashioned. However, Rivalist punches way above its price tag if you’re a fan of enjoying a spirit on its own.

Get ahead of what figures to become the next big trend in American whiskey. Union Horse’s Rivalist American Single Malt Whiskey is on store shelves and stocking bars across the metro now. Raise a glass, and here’s to your health. 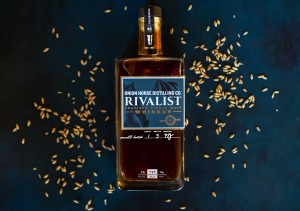 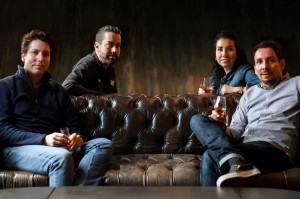 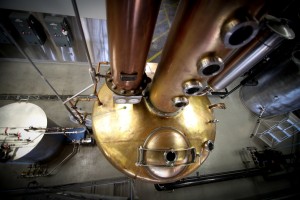 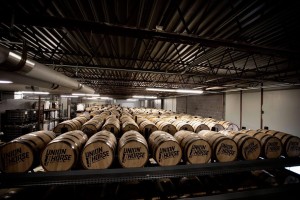 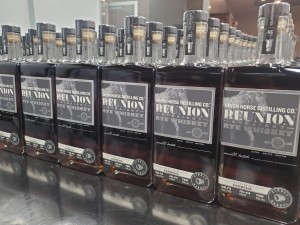 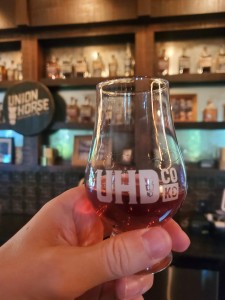 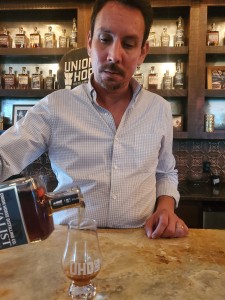 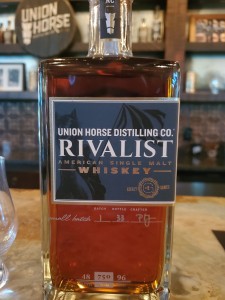 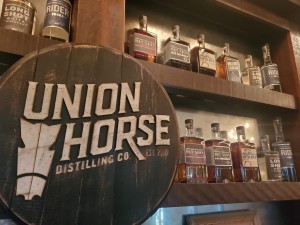 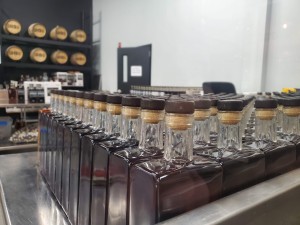