Undertaker and Brock Lesnar brawl all over the Sprint Center, John Cena is a good dude, and Dean Ambrose breaks a promise to Kansas City 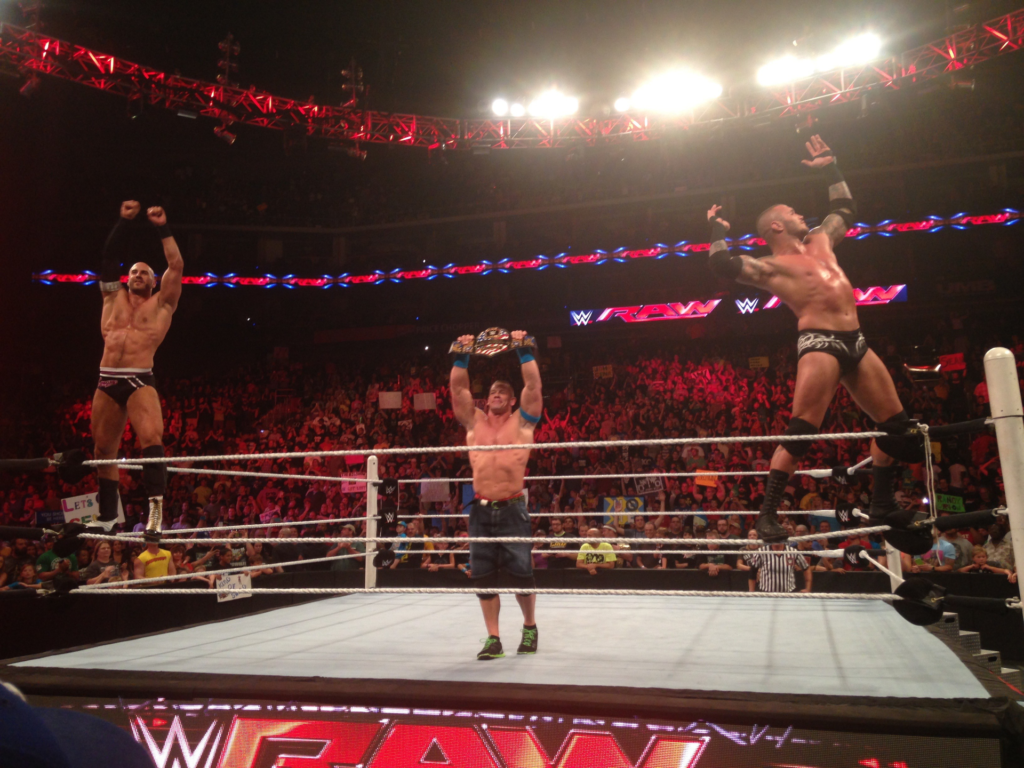 Last night’s WWE Raw show at the Sprint Center featured the official return of the Undertaker. And, as is common with pro wrestling, there was a beer and a brawl (OK, a lot of brawls).

A night after repeatedly Tombstone pile-driving Brock Lesnar, the Undertaker explained that he was sick and tired of Lesnar and manager Paul Heyman’s gloating. So he decided to shut them up.

This did not please Lesnar, referred to as the Beast Incarnate, who decided he wanted a piece of the Deadman. And so this occurred.

Shout out to several local grapplers, including Mark Sterling, who is holding onto Lesnar for dear life in the video above.

Speaking of Rob Schamberger, the artist even got an on-screen cameo. 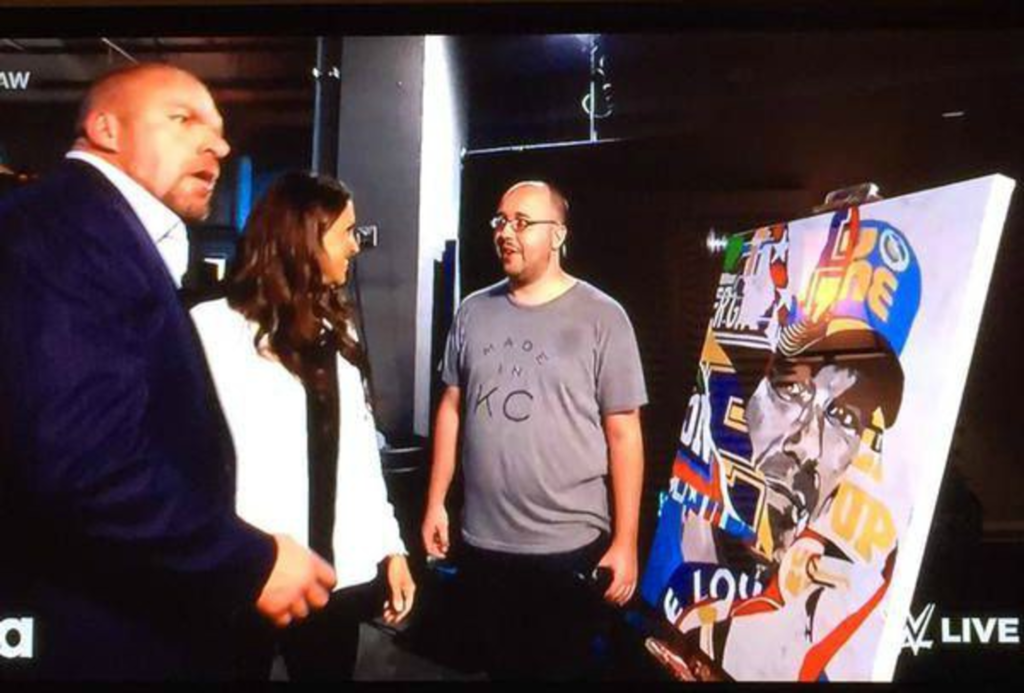 Overall, it was a fun night. Probably the best WWE show that I’ve seen live in a while. The main event was a six-man tag team match featuring John Cena, Randy Orton and Cesaro vs. Kevin Owens, Sheamus and Rusev.

Cena is WWE’s Superman, and while the crowd is split on him, it’s hard to refute that he’s an overall A+ dude. Cena, who is known for granting hundreds of wishes to sick kids (see more on that tonight at 5 on ESPN’s SportsCenter), took several opportunities to acknowledge little kids sitting ringside.
Before the main event, Cena tossed his hat to a little girl decked out in an autographed hat and shirt, who was sitting a couple of rows in front of me. 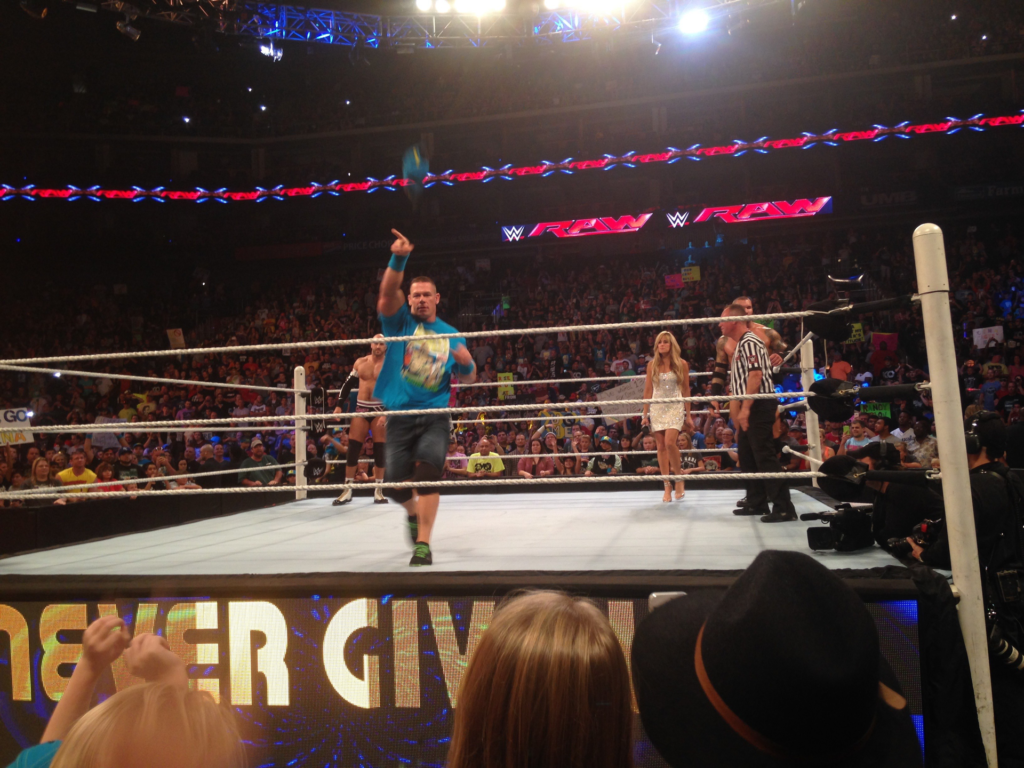 After the match, he gave her a hug and handed her his wristbands. It was very cool to see him do something special for someone. Credit Randy Orton too for taking time out for the fan. 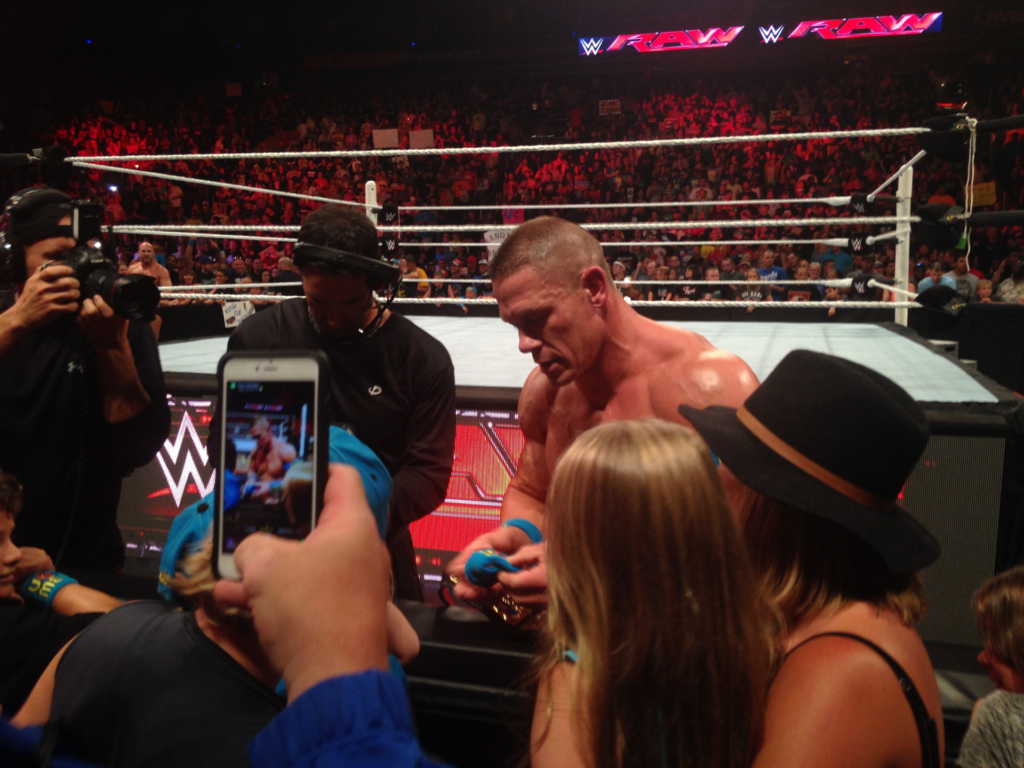 The only disappointment of the night was a broken promise from former Shield member Dean Ambrose. In a morning-show interview with Fox 4, Ambrose made a promise to the people of Kansas City that he would break the leg of Bray Wyatt with his inescapable Indian deathlock. It was a promise made also to the people of Michael’s Clothing.

It wasn’t without effort. Just no Indian deathlock.