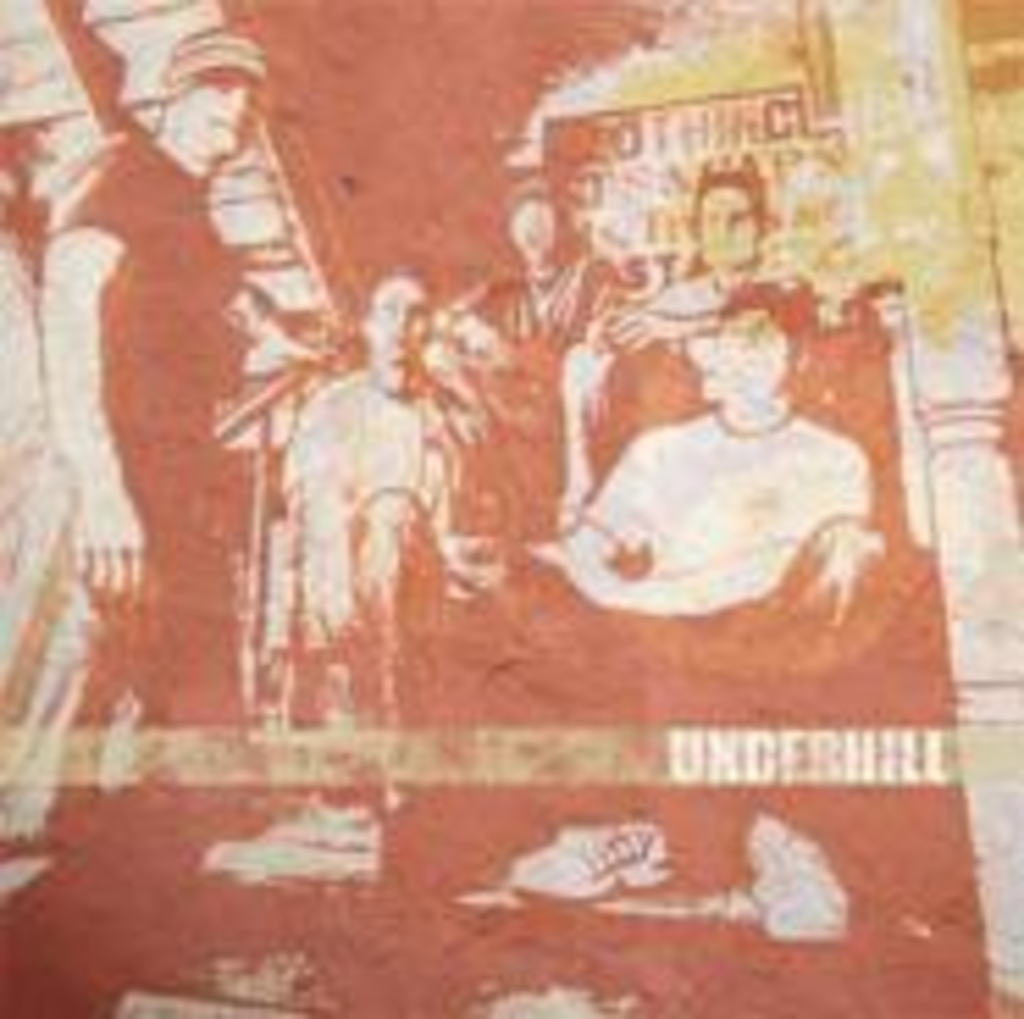 Underhill flies local colors as proudly as anyone, but its debut CD winds up being the tale of a Midwestern band coming to terms with California dreamin’. The first few songs, though as tight as a Friday night, play like a demo meant to prove the band’s party-ready mettle for club owners. There’s an Incubus-and-adrenaline Xbox 360 tune (“Your Vision”); a Sublime-y, everyday contemplation (“Dishes”); and the band’s “Under the Bridge” moment, “Iliost.” All are solid; none are classic. With “Way of the Gun” and the next five tracks, though, the guys in Underhill, who met while attending the University of Kansas, find the sand between their toes and start kicking like … well, like themselves. “San Diego” somehow nicks a reggae lick without sounding derivative and lolls around like liquid sunshine. And the closer, “Trip Home,” is every metro-area vacationer’s happy but wistful thoughts put to music. Around here, there’s no shortage of tired, sweaty people who intend to dream about a calm, breezy beach for the next four months. Underhill has already written the soundtrack.