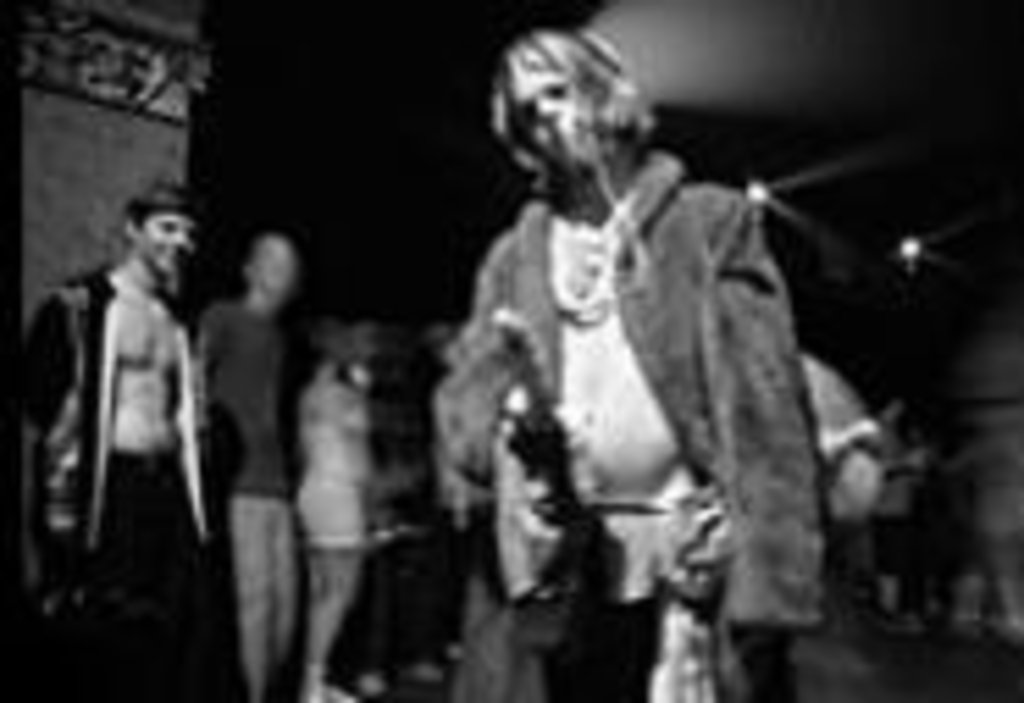 Defying demonic deities is a scary thing. One night after spurning Ozzfest to hang with the hippiesters at Phish, I began to fear the wrath of the metal gods, so I made sure to see Cradle of Filth at the Beaumont Club the next night. With the cherub-voiced Sarah Jezebel Deva in tow, the British band proved that kids will pay top dollar to see an opera diva, provided she’s surrounded by thrashers and bent-legged stilt walkers in insect costumes.

Opening acts included Killswitch Engage, led by African-American vocalist Howard Jones, which meant this concert offered the rare opportunity to see both a black-metal singer and a black metal singer. Each group received a rousing ovation from the capacity crowd, though given the genre’s iffy history with race relations, it was somewhat disconcerting to hear the cheers after Jones declared the heat had “a nigga sweatin’ like he was in the cotton fields.”

Meanwhile, a few blocks to the east, superstar DJs Sandra Collins and Paul Oakenfold were packing XO. There was a $30 cover charge, so for a while it was more entertaining to gauge reactions at the door than to actually go inside. A few fans produced prepurchased tickets, but for the most part, feedback came in two forms: girls-night-out groups that screamed “Thirty dollars? I don’t care who the DJ is!”; and well-off dudes who didn’t know who Oakenfold was, either, but gamely shrugged and coughed up the cash.

This was a wine-and-cheese crowd, and it showed. Though both spinners, seemingly in their element at the intimate venue, delivered solid sets, most audience members didn’t surrender themselves to the beats like the die-hards at underground events. Tellingly, the night’s loudest applause came when Collins crafted a dance remix of a tune by suburban staple Coldplay.

For a glimpse of real, reckless, rave-style abandon, I had to wait a week until Represent, a multi-artist extravaganza at the Uptown Theater. For sheer spectacle, this dance marathon topped even Cradle of Filth. Costumes included fur-and-feathers outfits reminiscent of Sesame Street characters, rainbow bikinis, red-velvet bathrobes, fully functional laser-tag armor, angel wings, and headgear ranging from titanic top hats to wicker pyramids. All that, plus pacifiers, surgical masks and so many glowsticks that the darkened rooms resembled meteor showers.

Fearing the far-ranging implications of omnipresent signs that read “No Smoking: You will be subject to eviction,” stick puffers crammed into the designated nicotine room, the Nowhere Bar (thereby giving Deep Fix, the name of Deep Connections’ record store, new meaning). Nonsmokers, however, craved the high that came from the cathartic release of an extended rhythmic crescendo. When DJ Rap delayed that gratification, one sweat-drenched fellow started getting the cold-turkey shakes. “Just drop the beat,” he begged her loudly, his voice and posture communicating pure panic. Finally, Rap unleashed a potent jungle break, and the grateful junkie started skipping through the aisles.

A stately British blonde who jumping-jacked her way through each beat buildup, Rap seemed like the world’s highest-impact aerobics instructor. The equally animated C-Vaughn, host of KRBZ 96.5’s Liquid Buzz and one of the first acts on the main stage, interacted frequently with the crowd, rejoicing at the chance to actually see his audience. For the most part, though, the DJs faded into the background. The most mild-mannered performers, such as Phul Funk’s KAOSS (who wore a Smiths T-shirt, glasses and a cast on one hand), released the most unrelenting rhythmic assaults.

Even when the big names were spinning, every room contained a few dozen dancers — which speaks highly for Kansas City’s dance scene. If regional rockers were to design a parallel event, with marginally popular headliners and unsigned acts from each city filling in the rest of the blanks, it’s easy — and depressing — to imagine the majority of the musicians playing to near-empty rooms.