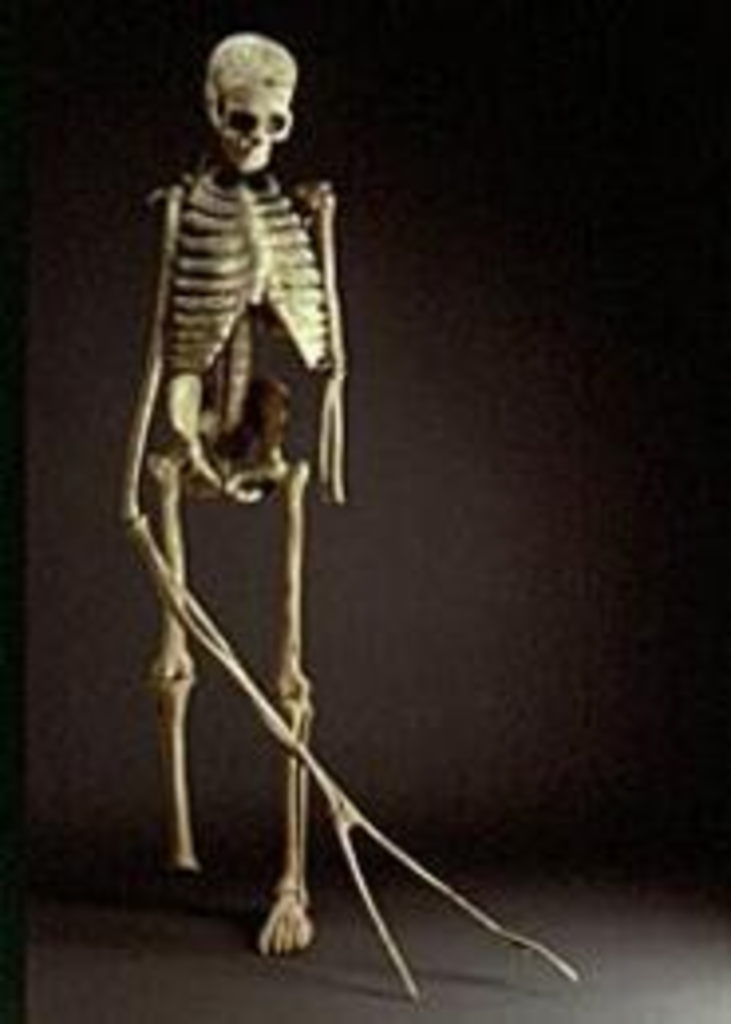 Kansas, to anthropomorphize a bit, is a maligned loner. “It’s so flat,” “There’s nothing there,” “The Land of Ahhhs!” — such are the descriptions applied by people who come with predetermined opinions or who are simply too dumb to witness majesty. But anyone who loves this state will point out that a drive west through the Flint Hills, or south in April when the fields are being burned — acres and acres of flames, if you can imagine — will bust some clichés. Reading a history book will bust others: No other state fought more violently to enter the Union, and many events that shaped a nation — ratification of the 15th Amendment, for instance, or Brown v. Board of Education — happened here. Kansas is not unimpressive, as the dullards would have you believe; rather, it is a land deeply stratified, rich, and vital.

Hence John Hachmeister. It is not that his artistic iconography is settled in Kansas myth or landscape; instead, it seems almost obvious, when pondered, that Kansas’ wide openness and tumult would bring forth an artist such as Hachmeister, one who sees deeper than the surface, who uses the bounty of the land, and who can redefine perceptions. A retrospective of his work, Seventeen Year Balancing Act, is on view at the Leedy-Voulkos Art Center.

Five bucks says that if you have ever seen Hachmeister, you remember him. Tall and lanky, he has red hair that is noticeable above any crowd, and his signature mustache, a little cowboylike, a little out of control, is what you mention first. That, and he is friendly as heck.

Based on his appearance, most people would not guess that he is an artist. “If given the opportunity, we skim text, plug it into our preconceived notions of the real, and move on,” Hachmeister writes in his artist’s statement. Similarly, if one were to drop into his show at Leedy-Voulkos, pass through, and visually skim the surface of his sculptures, preconceived notions may mislead: horse skulls, sandy tones, and eroded earth resonate in our trafficked minds the images associated with the Southwest. But like the driver who looks, really looks, at what is opening on all sides of the car while heading down western Kansas’ I-70, it becomes apparent that Hachmeister’s forms and materials are open not with boring emptiness but in awesome, mind-bending possibility.

For example, many of Hachmeister’s sculptures center on animal or human skulls and bones. Some, like “House in the Creek,” which features a large-animal skull amid eroded dirt, seem like archaeological finds, even though they are fabricated entirely with such materials as concrete or ceramic. Others, such as the hauntingly upsetting “Drunken Horses” — jawless skulls, twisted branches for bodies, and not nearly as many hooves as there should be — sit in the gallery like remnants of a fevered dream. An initial reading could easily interpret these skeletons as the manifestation of the artist’s fascination with death, decay, or the movement of time. Such a summation would not be entirely misguided — it is questionable whether an artist can totally back away from all ingrained symbolism when it comes to images as nearly timeless as skulls — but to end the definition there would be, metaphorically, to skim the text.

Hachmeister’s fascination with skeletons can be directly traced to his rural upbringing. As anyone who was raised in the country can attest, compared with their city-dwelling peers, rural children are closer to the life-and-death cycle that plays out on a grand scale every day: Crops flourish until harvest; pets are born, raised, and buried on the farm; and the violent and graceful lives of the wild are right in the yard. Thus, rural dirt is rich in macabre treasure, holding the bones of years of vital life.

In a certain sense, bones are also the core of existence. Everyday life in this culture has produced a rift between reality and perception, and Hachmeister uses bones to symbolize a revelation of truth. “I tell my students to pay attention to people, particularly women, in this society,” Hachmeister, a University of Kansas sculpture teacher, says. “You will notice women who are wearing high heels in order to portray an image of sexiness. Often we do not think of skeletal structure. But if you look closely, they screw up their feet and back. They’re in pain. And they are out of balance with the world.”

Bone images are not always the intent, however. Often a sculpture will begin without a careful plan, and when completed, the task of assigning definitions begins to unfold. “One-Winged Angel,” intricately carved from wood, is a human skeleton whose left arm is instead the bones from a wing. Haunting and poetic, the derelict angel looks forward with a pathos that nearly resonates in the viewer’s chest; it can remind one of shortages of compassion, past depravity, or missed opportunities at freedom. Hachmeister can only speculate on the meanings of this piece. “It has an unfortunate humor. What does one wing do for you?” “One-Winged Angel” can stand as a statement on the imperfection of human nature.

He is not an artist who is afraid to say that he does not know where the inspiration of some works comes from. An avid reader of science, he has learned that neurologists are only beginning to understand the brain’s inner workings and that some theories suggest that the average human consciously uses only 8 percent of his or her brain. The rest is a mystery, and that mystery, Hachmeister believes, is where a lot of his art comes from.

Ways in which we conceive our own realities are explored in the installation “Monkey Drive.” Concrete figures circle about, following one another for no apparent reason. Among the figures are the hooded “Master of Deception,” the bug-eyed “A Vision, No Vision,” and the intrepid “Enigma”; they convey messages regarding the futility of the rat race. In the center of the circle are three female figures joined at the shoulders, their feet splayed out toward the drivers. These otherwise anonymous forms are ordained with an important presence by their title: “The Three Graces.” A massive snake hangs from the ceiling, silent but intimidating. It is a complex work, one that begs for interpretation but does not provide an easy text.

“It’s from a dream,” Hachmeister begins to explain. In the dream, he is at an art show that is being held in a road ditch. It is windy, cattle trucks zoom by, and people are running across the road. The scene is bizarre yet not impossible, but then he looks up to see two giant snakes swimming in water over him, and suddenly the reality he had constructed in his head has proved erroneous. The art show is under water, and a feeling of compression overwhelms him.

“The Three Graces” add another level of complexity. Hachmeister had been working with his son on the differential in his truck, and the Graces’ foot positions are modeled after the differential. In the dream, the cars race around the Graces but never touch them; they are beauty personified, and all of the drivers are aware of them, yet the idea of beauty has been perverted from a way of being into an impotent consumer expression, such as the car that one drives. Many people know what beauty is, but they do not live it.

Yet another layer of consciousness that may have evolved in Hachmeister’s recent work is the influence of grassroots artist and Kansas eccentric S.P. Dinsmoor. Although Hachmeister did not directly choose his current medium, concrete, based on Dinsmoor’s concrete figures that surround the Garden of Eden in Lucas, Kan., he acknowledges that subconsciously they may play a part. Hachmeister grew up 35 miles from the site and remembers making no distinction between Dinsmoor and sculptor Henry Moore. Today, Hachmeister is part-owner of the Garden of Eden, having formed a corporation to buy it when it was put up for sale. His interest, along with the other shareholders’, is in restoring Dinsmoor’s work and helping maintain the town.

It makes sense that an artist such as Hachmeister would be passionate about grassroots art. Roots are what motivate him, whether it is the core of beauty, the bones of existence, or the organic processes that build consciousness and personality. “I trust that inner wisdom, that inner brain,” he writes in his artist’s statement. “I let it communicate visually and only half-heartedly apply narrative.” Which joyfully leaves the viewer open to his or her own vibrant interpretation.

at the Leedy-Voulkos Art Center 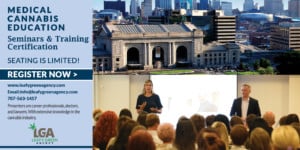