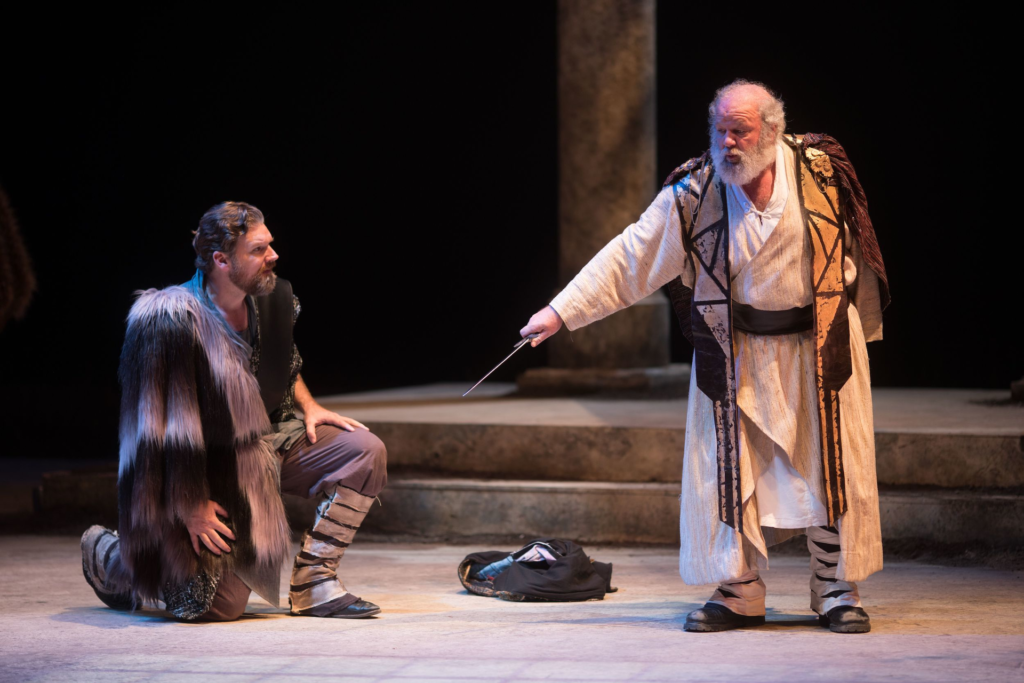 Here, the eponymous king (fiercely portrayed by Theodore Swetz) seeks flattery above all else, and is too shallow to see through its fakery or to value honest sentiment. (“Thou shouldst not have been old till thou hadst been wise,” Lear’s Fool says.) As a result, a chaos of political machinations ensues — power grabs, manipulations, betrayals. Unlike our current U.S. wannabe monarch, inner reflection and regretful repercussions ultimately expose integrity, even if it’s sadly too late.

But amid the darkness, there are those who are loyal and good — and who, in the end, actually prevail. Directed by Ryan Artzberger, this straightforward production, which runs about two hours and 45 minutes, finds its goodness in fine acting and appealing technical impressions, particularly sound (a cackling fire, the thunder and raging winds of a storm), costuming and lighting (backdrops of mauve, bright blue or golden hues, depending on the time of day; the radiance of firelight; the bold strikes of lightning) — Zack Pierson, Caroline Allander and Shannon Barondeau, respectively. 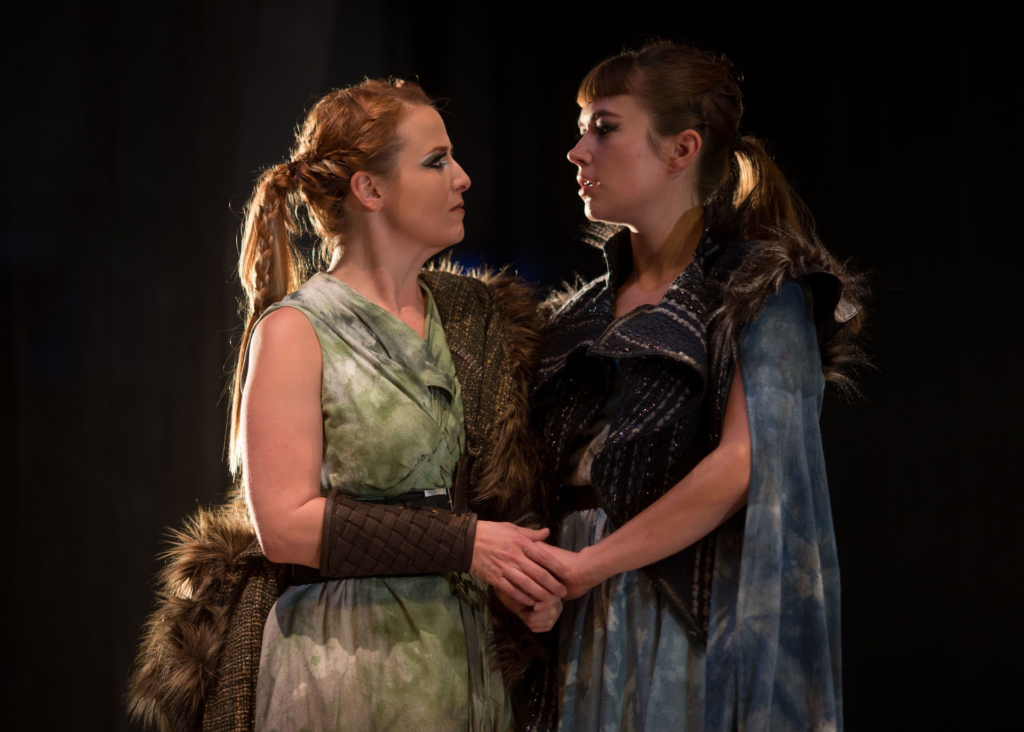 It’s a particularly active Act 2, when the stakes get higher and the violent acts — the physical kind, anyway — increase. While we don’t feel all that sorry for this sorry king, whose hubris has brought so much destruction, we’re moved by his profound grief, and we’re grateful for the valiant folks who persevere on his behalf. This King Lear, too, finds redemption, in the end, through the expertise and energy of a committed cast and crew.