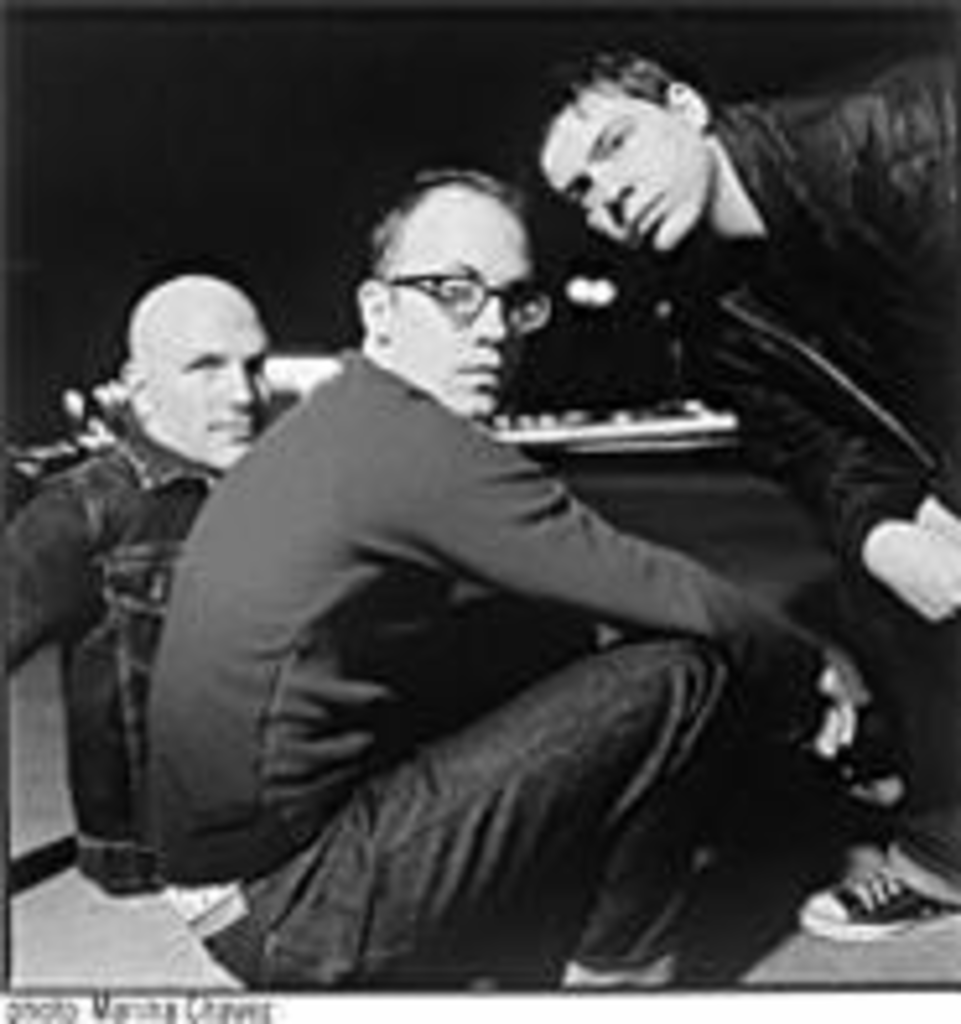 It’s easy to get a recently dropped band to open up about its former label. Simple questions such as “Did you feel you were a low priority with Sony?” usually do the trick, after the laughter dies down. “That’s an understatement,” says bassist Nick Colby, the only member of the trio Ultimate Fakebook composed enough to respond to this sidesplitting query. “Not only were we a low priority because we were a new band with very limited indie success but also because they felt like they were releasing a new album that had already come out.” (The group’s sales on tiny local label Noisome Records totaled in the thousands; Ultimate Fakebook’s first Sony/Epic release, This Will Be Laughing Week, was, in fact, a reissue.) “They let it slide out there and tested the waters,” Colby adds. “But they didn’t really promote it. If it had done well, they would’ve done more for the next one.”

After hearing the Fakebook’s new release, Open Up and Say Awesome, the powers that be at Sony might wish that they had the opportunity to prove Colby’s theory correct. Awesome is a better record than Laughing Week, a natural progression from the group’s 1997 power-pop gem Electric Kissing Parties. From the powerful guitar riffs, which sound as if they were pulled from Rick Nielsen’s fakebook, to the strong, pulsating rhythm section, Ultimate Fakebook sounds revamped and rejuvenated. It’s as if the twists, turns and beatings the group has endured have left it more confident than ever in its now-familiar sound.

The band broadcasts this attitude clearly on “Inside Me, Inside You,” a fuck-you to corporate radio that picks up where Laughing Week‘s anti-artificiality anthem “Real Drums” left off. If our ears bleed, then theirs can, too, singer Bill McShane rants. “That song is our call to arms for all bands that think rock and roll needs to come back on the airwaves,” Colby says.

“I’m sure we can all agree that when we first saw the boy-band phase come in, we were like, ‘Oh my God,’ but how long has it been going? It’s, like, five years now,” McShane elaborates. “That’s embarrassing for America. Our output of commercial music is retarded. That’s what ‘Inside Me, Inside You’ is about, enough is e-fucking-nough. It’s almost like we need Nirvana to come back and make that change. We’re definitely not that, though. We’ve never tried to do anything that hasn’t been done before. We just want to rock out and have a good time.”

For Ultimate Fakebook, the best way to reach these simple yet often elusive goals is to join forces with a company driven by several interests instead of one beholden to the bottom line. The band’s new label is Initial Records, a Louisville-based indie whose other “big” release this year comes from former Sarge vocalist Elizabeth Elmore’s new project, the Reputation.

“We went with Initial because they had the most enthusiasm,” McShane explains. “We knew we weren’t going to get lost in the shuffle with three other releases coming out that week. We weren’t worried about prestige or how big the label was. We just wanted to go work.”

That stance contrasts the group’s decision to choose Epic because, McShane recalls, “we wanted to get on the radio.” Now, McShane says, “we don’t necessarily think that, because when I listen to the radio I don’t usually hear good songs. Being on the radio isn’t as cool as we thought.”

“I would love to be on the radio,” Colby adds, “but we aren’t going to change what we sound like to get on the radio.”

In addition to sticking by its sound, the group also continues to swear by its strategy for success. “We just wanted to have a record and tour our asses off, ’cause we’ve found that goes a long way,” McShane says. “We did that with Noisome, and at the end we found ourselves on a major label.”

Most bands that travel down the desolate major-label highway are so soured by the experience that the mere mention of a major will send shivers up their spines. So why would a bunch of anticorporate rock guys even entertain the thought of returning to the cultural tastemakers their music seems to naturally contradict? In a word, they’re smart.

“We were kind of wary before we signed to Sony, worried about losing cred and all that, but whatever,” McShane says. “That’s one way we can prove for a fact that what Sony did for us was basically nothing. People didn’t even know we were signed till they came up to the merch table after the show and saw the CDs.”

“It was like, ‘You guys, who load your own gear and pulled up in that crappy van, are on Epic?!’ But we didn’t want to operate any differently,” Colby recalls.

“So would we do it again? Sure we would,” McShane says, “We don’t see it as anything other than money for doing the same thing we were going to do anyway. They didn’t change us, and we lost nothing. We even got a new van and recorded a new record with their money. Sony does own Laughing Week now, but I don’t want to focus on that album forever; I’d rather write fifty more great records.” Open Up and Say Awesome is a kick-ass start.