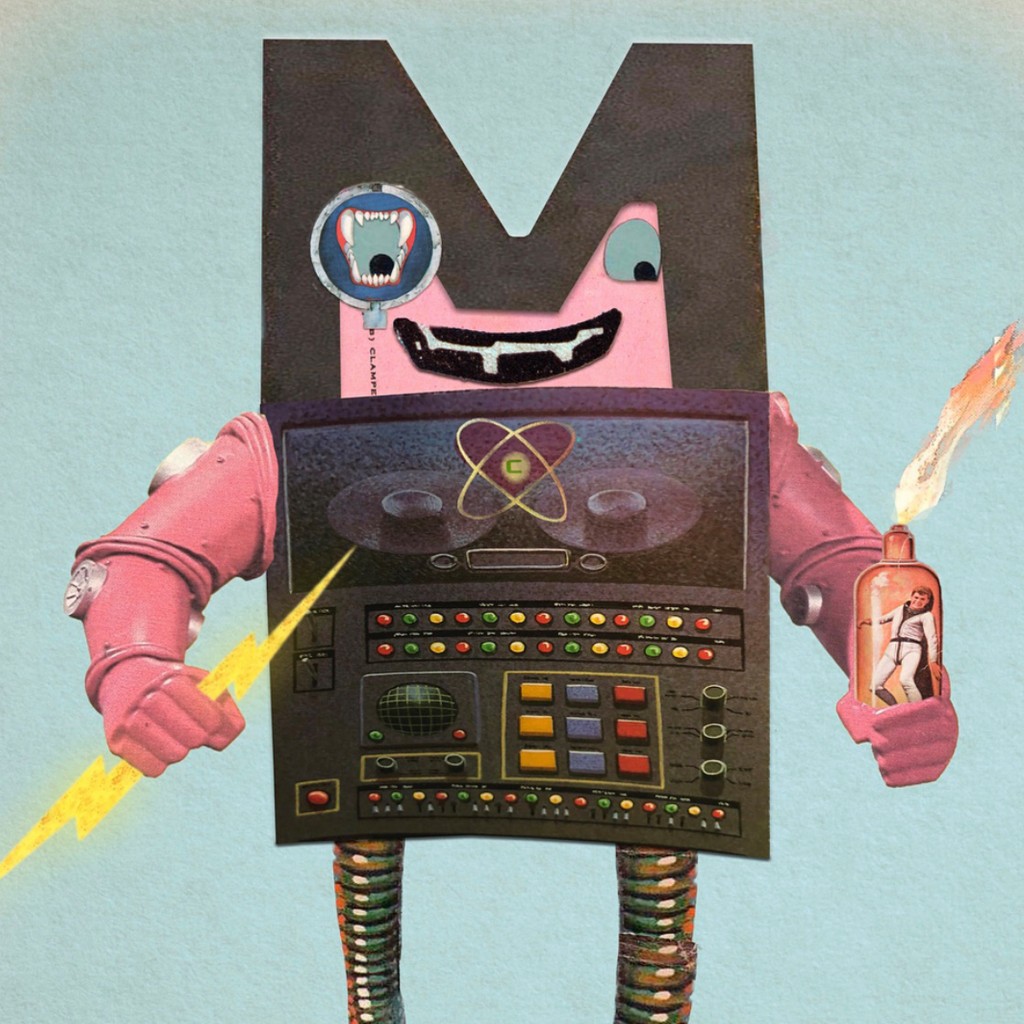 There’s that part of Grosse Pointe Blank where Jeremy Piven’s driving along, talking to John Cusack, and just yelling, “TEN YEEEEARS!” because he can’t believe it’s been so long since the two have seen each other. Change “ten” to “sixteen” and that was my reaction when longtime power-poppers Ultimate Fakebook announced that they’d recorded new tunes.

They’re on a new label, too, both in terms of “new to them” and “new in general.” UFB is literally SRR002 — the second-ever release on this brand new record label out of Los Angeles. They’re in solid company, as the first release from Sonic Ritual was ETHIO, the solo debut from the Civil Twilight’s Steven Dayvid McKellar.

The Manhattan, Kansas trio formed over 25 years ago, and released three full-length albums, an EP, and a split single during their tenure as an operating concern, as well as a posthumous b-sides collection. If you were attending shows during the late’ 90s and early ’00s in Lawrence, you had the chance to catch these rock and rollers on a regular basis, and given the packed crowds at those shows, it seems like I wasn’t the only one memorizing lyrics and singing along at the top of my lungs when frontman/guitarist Bill McShane, bassist Nick Colby, and drummer Eric Melin played raucous, high-kicking party rock at the Bottleneck nearly 20 years ago.

The band’s played a few shows here and there after playing their last official show in the spring of 2003, but they’re by no means an active, touring act any longer, which makes this album such a surprise. When a band pops up to announce that they’ve got a new record for you after a decade and a half, there’s no way to know what to expect. It could be a return to form, it could be something new, or it could be — *shudder* — a mistake.

The Preserving Machine is not a mistake. It will, however, surprise longtime fans. While this LP is, at heart, a catchy rock record, this is not This Will Be Laughing Week redux. If anything, Ultimate Fakebook’s new album takes elements from the more outre aspects of the band’s catalog — think the cello on Laughing Week‘s “A Million Hearts” or the electronic beat that opens Before We Spark‘s “Rotting on the Vine” — and expands them to album-spanning concepts.

“Rotting on the Vine” is actually a pretty solid touchstone for The Preserving Machine, because its lyrical content, which looks at the band’s experiences with Sony Music for the re-release of Laughing Week, definitely finds new life here on “My Music Industry,” albeit updated to reflect the music industry’s overall treatment of musicians. It’s the angriest song I’ve ever heard from the band, and it’s refreshing as hell.

That electronic intro also finds its way into “(Intro) Javea,” which also reminds me a lot of Lemuria’s “Michael and Stephen Moon,” from their The Distance Is So Big album. Big vocal chorus comes together, snaps shut, and then we get rock ‘n’ roll, but not what longtime fans who’ve worn out their copies of Electric Kissing Parties might expect.

The UFB on The Preserving Machine is the UFB I was hoping to get, because this is a band that decided to come back with new music, and actually make it new. The first proper track on the album, “We’re Sharing the Same Dream Tonight,” might have at its heart the usual guitar-bass-drums combo which has always powered the band, but there’s acoustic guitar, synthesizer, and it’s just bigger. The band’s always been Cheap Trick playing in basements, but this marks Ultimate Fakebook making a record which actually aims for the arenas, and I love it.

That said, there are nods to the band’s past. “Manhattan, KS” is a pure rocker, and an ode to the band’s hometown, namechecking bands and venues left and right while it just blazes ahead to a fist-pumping, anthemic chorus. There’s also “Sequel (Electric Kissing Parties Pt. 2),” which is an honest-to-goodness sequel to “Roll (Electric Kissing Parties Pt. 1),” off the band’s debut. It’s almost like frontman and guitarist Bill McShane knows what the band’s fans want — “another Star Wars record” — but as the lyrics go, “from afar, the sequel seems bizarre.”

The albums ends on “Fake ID,” whose lyrics read like an explanation for all which preceded it on this record. The song’s a meditation on getting older and how “there’s no rock and roll in my veins,” but while it might be sad, there’s this hint of how hearing a song can ever so briefly bring back memories of being an angry young rocker, and even though it might fade away, “it’s gonna be ok.”

The vinyl edition of The Preserving Machine features a hype sticker on the shrink wrap with Recommended If You Like suggestions including “VHS tapes, iMacs, Neil Hamburger, Cheap Trick, the decline of the American empire, Superdrag, hope, paella, despair, ‘Smell the Glove’ and ‘Freaks and Geeks’.” Continuing on inside, the pop culture references continue onto the runout groove etchings, which feature Roddy Piper’s immortal line from They Live: “I have come here to chew bubblegum and kick ass, and I’m all out of bubblegum.”

The Preserving Machine is available for pre-order from Sonic Ritual, and releases on Friday, April 10.