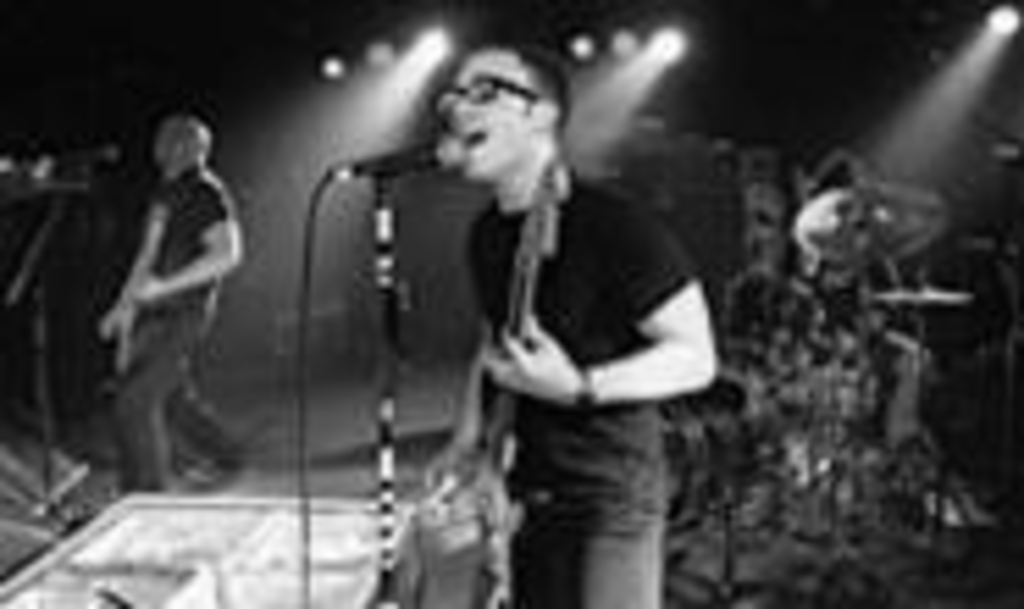 For a group whose major claim to fame is being dumped by a major label, Ultimate Fakebook is busier than ever. This summer, the Manhattan, Kansas-bred power trio issued Before We Spark, a generous seven-song EP that includes fun extras such as videos and remixes. Singer and guitarist Bill McShane has also been moonlighting as a solo acoustic act, turning in well-received performances at low-key venues. Creature Comforts guitarist J.D. Warnock, a Fakebook regular during the past year, departed the fold several weeks ago, transforming the band back into a three-piece combo. (The group promised to keep the lineup as is “until Ace Frehley wants to join.”) In August, Fakebook’s sparkling debut, Electric Kissing Parties, was reissued, complete with new artwork and a bonus-track gem. Listening to the 1998 release with fresh ears makes it clear that the band’s supersmart pop was a primary influence on a slew of well-known locals, including Anything But Joey and the Get Up Kids.