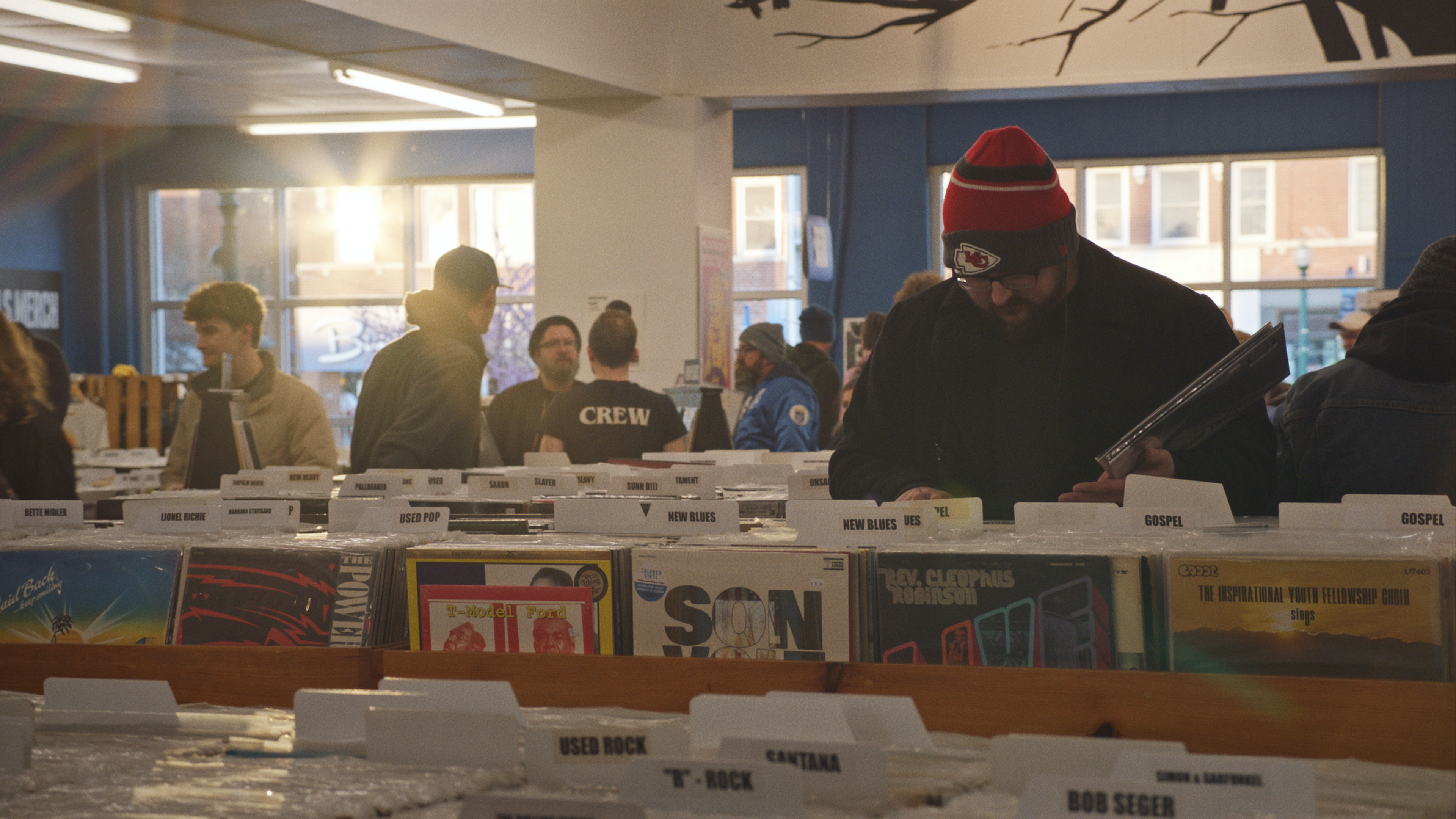 Within two hours on Monday evening, I got screener links for two separate record store documentaries, and while they’re both quite different in their respective perspectives, the ultimate takeaway from each film is celebratory in its own way.

Vinyl Nation, from co-directors Kevin Smokler and Christopher Boone, is described by Smokler as “a documentary dig into the resurgence of vinyl records, the diversification of vinyl fans, and what this all means for America in a divided political time.” It’s a vibrant tale of how the upswing in vinyl sales–and the attendant Record Store Day event–has rescued some businesses from the brink, while also leading others to start new shops and pressing plants.

On the flip side is Other Music, from filmmakers Puloma Basu and Rob Hatch-Miller. It tells the history of beloved New York City record shop Other Music, while at the same time documenting its final weeks in the summer of 2016. It’s an elegy, and it’s sad as hell at times, but the tone of the film is set from its opening moments, which features a New Orleans-style second-line parade for the shop. It’s as much a celebration as it is a memorial, which makes Other Music tie-in nicely with Vinyl Nation.

Both documentaries focus on the curatorial aspects of the record shop experience, with a strong focus on the tangibility of the medium. The ability to hold something in your hands, look at it, and interact with the format means a lot to a certain subset of people, and that’s what makes physical media so much more than just a nostalgic throwback.

There’s an undercurrent of “what now?” throughout both documentaries which is explored in different ways. In Other Music, co-owner Josh Madell discusses the fact that the downturn in CD sales is what really made keeping the store open a difficult proposition. As Mac McCaughan, co-founder of indie label Merge Records explains, “They don’t cost very much to make, they don’t cost very much to ship, they can be made very quickly, and all of those things are not very true about vinyl.”

You have to sell a lot of records to make money, even if you’re not paying $15,000 a month in rent, as Madell continues. Given the East Village’s switch from an arts hub to just another neighborhood–the Magnetic Fields’ Stephen Merritt points out that there’s a fitness center on the second floor of the building across the street, which formerly housed Tower Records–Other Music’s location is no longer part of a neighborhood with complementary businesses bringing it foot traffic.

It’s great to be a destination for the music-inclined, but as anyone who’s ever attended a destination wedding can attest, no matter how amazing the end of the journey, you’d kind of like to have something to do along the way. Or at least, that’s how I see it. 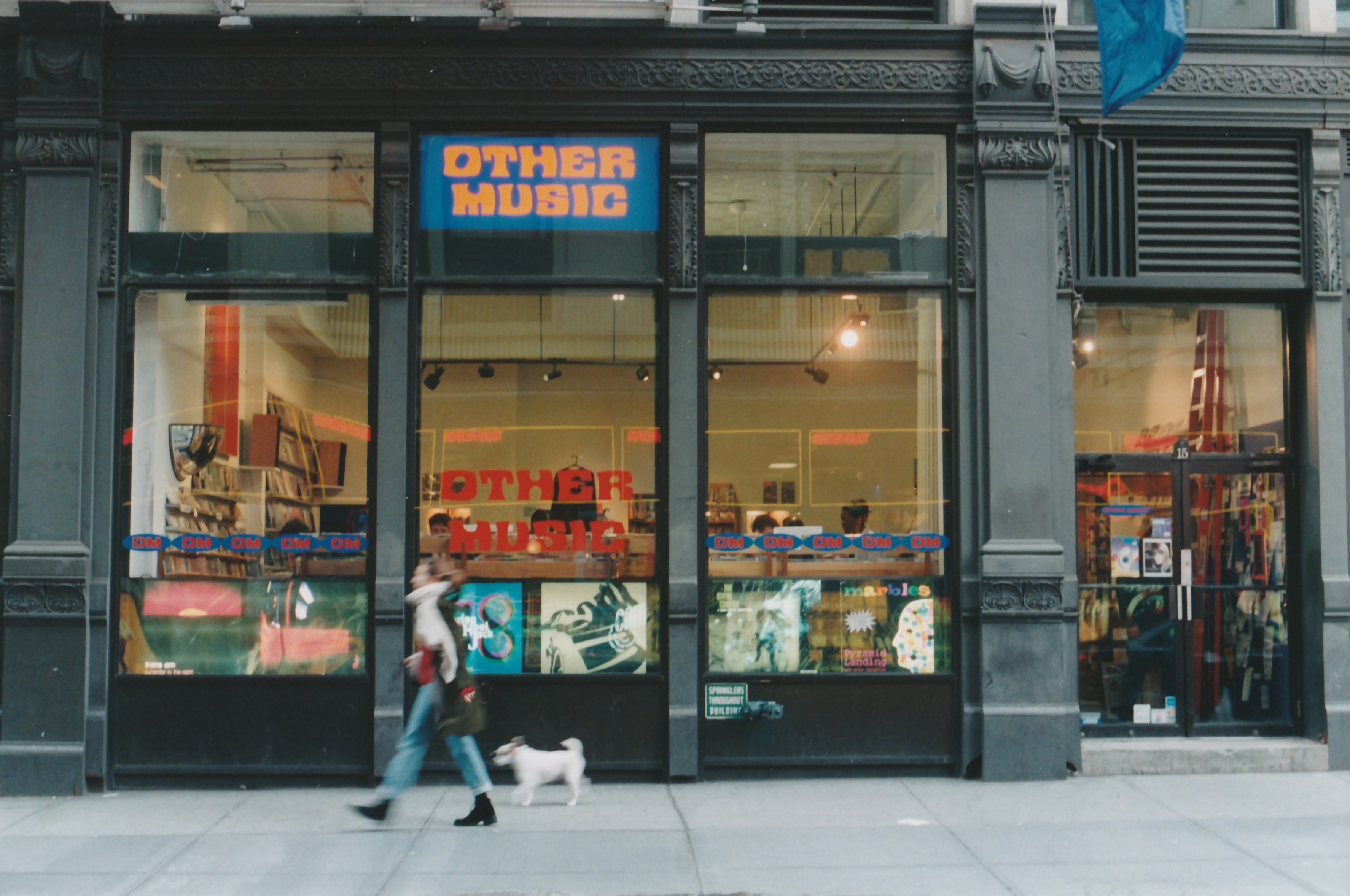 The last time I was in NYC, my flight got in early enough that I was able to go grab dinner and then spend the better part of my evening hitting every record shop within a reasonable distance of my hotel. My last stop was Other Music, and there’d been a record the shop had listed in their most recent newsletter. I forget the title, but the folks behind the counter ordered it for me, and I was able to pick it up before I left town. I also walked out with a BBC Peel Sessions recording from the Damned and the soundtrack to Beyond the Valley of the Dolls. It was that sort of place: you walk in with one thing in mind and walk out with more music you didn’t know you needed.

Vinyl Nation is celebratory in a way that says, “Look where we’re going! Look what people are doing with music!” There’s a charming young kid listening to David Bowie’s “Ziggy Stardust” and singing along while explaining how much he doesn’t get the kids in his class talking about the latest pop sensation. There’s a sense of positivity that permeates the doc, which opens with a line of people outside our very own Mills Record Company on a chilly Record Store Day morning. Seeing Judy Mills and her crew discussing just how much getting records into the hands of people means to them ties right in with the mission of Other Music, and it’s great to see these new stores. Maryland’s Hare’s Breath Records Shop has only been open six months when the film speaks with co-owner Kat Peach.

It’s almost as if watching Other Music marks the end of one era and Vinyl Nation marks the beginning of another. It’s never made 100% clear within Basu and Hatch-Miller’s documentary just what led to the closing of the NYC store, but it’s definitely intimated that it’s the fact that the world of selling records in 2016 is far different than when the store opened in 1996, and the changing face of their locale–with venues and complementary businesses drifting away–playing a major part, as well.

Watching Vinyl Nation, you get the sense that folks opening record shops in this day and age, or running pressing plants, or starting a label, have a definite sense of who and what they are. Other Music’s power was in their curatorial sense and ability to create a community, and if nothing else, that is the takeaway that permeates the nationwide vinyl purveyors and makers in Smokler and Boone’s film.

Intriguingly, with both films being given wide release now, in the midst of a pandemic, where gathering in small spaces, shoulder-to-shoulder with folks, feels more like a nostalgia trip than anything else in either documentary. Seeing Conor Oberst play in a space smaller than my basement is less weird at this point than the sheer number of people touching one another. The concept of an in-person place to create community is such a foreign concept these days that Vinyl Nation, which was likely intended to be a celebration of people coming together, now feels like an elegy itself.

All that said, I really recommend that any fan of music take a dive into both of these films. Other Music, in particular, will give you a slew of artists you need to check out, but watching a bunch of musicians, record store clerks, and label folks discuss just how much they love music and making sure people can hear it will put a smile on your face after watching Vinyl Nation, as well.

Other Music is now available to stream on Prime Video and Kanopy, and to rent or purchase on iTunes, Google Play, Vimeo On Demand, YouTube, Fandango Now, Vudu, Microsoft Movies & TV and PlayStation Video for viewers in North America.

You can stream Vinyl Nation online, with 50% of the proceeds going to Mills Record Company, here.

The folks behind Vinyl Nation are doing a virtual get-together with the Judy Mills, owner of Mills, Chris Hazelton, and Conductor Williams on Thursday, September 3, at 7 p.m.

You can find details for that here.