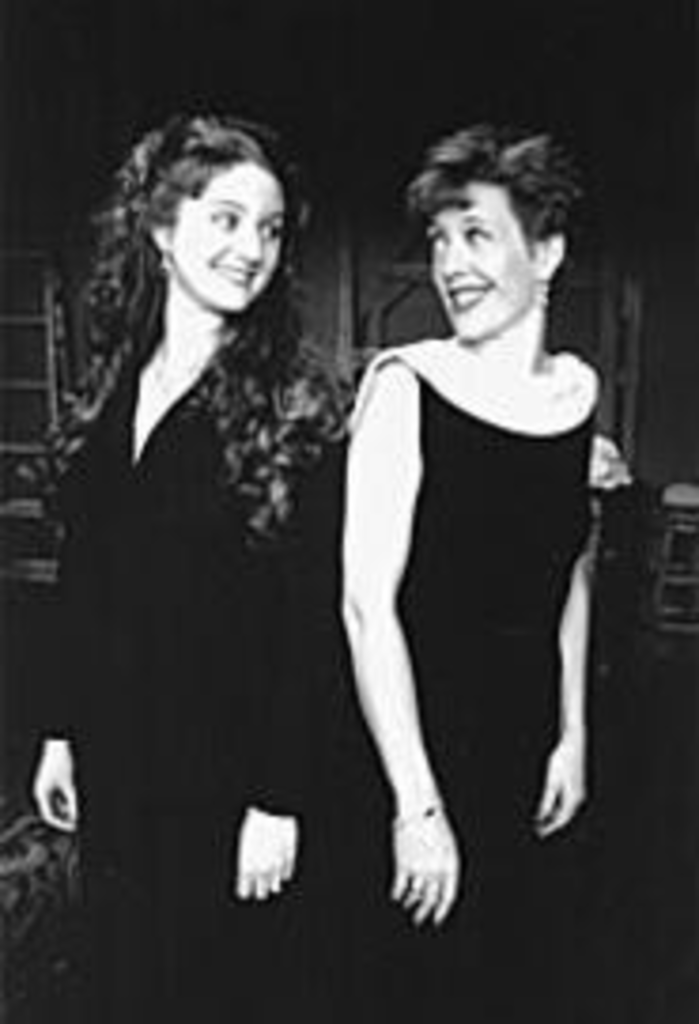 Quality Hill Playhouse’s latest cabaret remembers that many songs in the Broadway canon need to be acted as well as sung. Turning sheet music into novellasThe revival of the cabaret format a decade ago predated the obsession with retro that brought back martinis, cigars, and swing music. In clubs such as The Cine-Grill in Los Angeles and New York’s Cafe Carlyle, the cabaret formula has needed only a woman (all right, occasionally a man), a pianist, and a deep repertoire of show tunes to make the simple sublime.

Kansas City isn’t logically where you’d expect to find a cabaret mentality. But thanks to J. Kent Barnhart and the Quality Hill Playhouse, composers such as Stephen Sondheim won’t go away despite every other local theater’s attempt to ignore them. Quality Hill’s latest show, Broadway Divas, expends a lot more energy making audience members forget they’re even in Kansas City. The air in the playhouse is so redolent of New York that one patron suggested to his friends that they hop on the subway to get home.

The concept of Broadway Divas isn’t to showcase every climax from every show that ever featured a woman — those “11 o’clock” numbers that win Tonys. Besides, showstoppers en masse would be impossible to endure — akin to too much Godiva or Viagra. As Barnhart explains in one of several monologues during the show, “diva” is synonymous with “strong,” and he emphasizes songs that stand apart from the rest for their affiliation with female vocalists and their sturdiness within the Broadway canon.

“Climb Every Mountain” from The Sound of Music is one example. As sung in that show by the Mother Abbess, it is designed not to stop the show but to keep it going, compelling the young novice, Maria, to follow her heart, not the church. Barnhart has Elaine Fox perform it from an evening gown, not a wimple, and the result is the Broadway equivalent of “You go, girl.”

Joining Fox on the intimate stage are Nancy Nail and Cathy Barnett, who makes a dazzling cabaret debut. Singing solos, duets, and a few accomplished arrangements for three, the cast erects a temple to Sondheim, Gershwin, Rodgers & Hammerstein, Kander & Ebb, and seemingly every other musical composer of merit from Carousel to Chess. If a favorite is missing, it’s not for lack of trying.

A fault of a few of Barnhart’s past cabarets has been some performers’ tendency to forget that these songs have several levels of context. Anymore, songs must advance the story or an understanding of the characters singing them; they’re not just sheet music. Songs such as “The Ladies Who Lunch” from Sondheim’s Company (which will be on Missouri Repertory Theatre’s calendar next season) are novellas by themselves and need to be acted as well as sung.

Barnhart’s decision to cast Barnett was the stroke of genius that the format needed to keep monotony at bay. With “The Ladies Who Lunch,” “Nobody Does It Like Me” from Seesaw, and the ballsy “As If We Never Said Goodbye” from Sunset Boulevard, Barnett defies her own categorization as a wonderful comic actress. She is a wonderful actress, period, giving “Ladies Who Lunch,” for example, its requisite temperament of rage and regret.

Ballsy too is Nail’s version of “People” from Funny Girl. Only the song “Over the Rainbow” is more permanently lashed to one performer, but Nail almost makes you say, “Barbra who?” She also has a bitchy duet with Barnett on Mame‘s “Bosom Buddies” and makes “The Alto’s Lament” a witty, self-deprecating take on the fact that the sopranos always get the melody, the altos the harmony.

Elaine Fox has an operatic style that doesn’t always gibe with traditional Broadway numbers. Her “I Could Have Danced All Night” from My Fair Lady and “If I Loved You” from Carousel come off rather stiffly, as does a Sweeney Todd song that, in the show, is a kidnapped girl’s conversation with a bird. The latter is neither diva material nor a particularly strong example of Sondheim. She redeems herself, though, when singing with Barnett and Nail in such numbers as “I Want It All” from the flop Maltby and Shire show, Baby.

Barnhart’s piano playing is very strong here and, where his arrangements stray from the versions you’re used to on CD, they stray quite nicely. His piano-side chats — breaks from the numbers to give the cast a brief rest and give Barnhart an opportunity to perpetually disparage his Raytown roots — are longer than usual because, as he explains, his last show, Hi Hat Hattie, didn’t allow him to talk at all.

One series of light cues — bringing Barnett out from the shadows during her Sunset Boulevard number — is worth mentioning for its synchronicity with the lyrics. Designed by Barnhart and Randy Emery, the lighting goes from dawn to midday to dusk in one graceful wave. It helps Barnett — not that she needs any — make Norma Desmond the mad diva so many find irresistible.