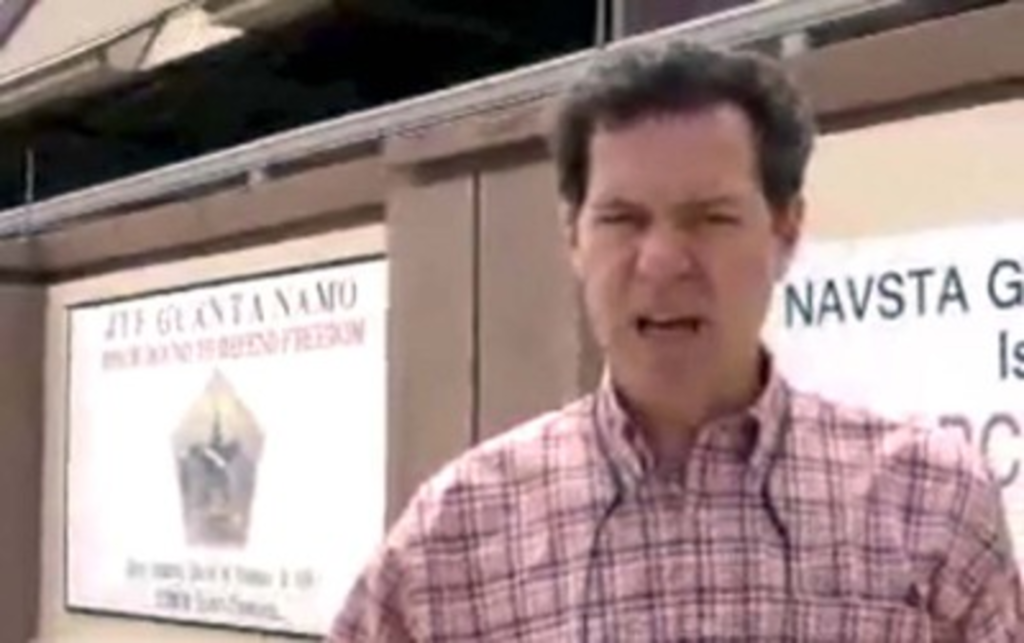 A military prison opened at Fort Leavenworth in 1875. Twelve Nazi prisoners of war marched to its gallows in 1945. Current occupants include Ronald Gray, who received a death sentence for rapes and murders he committed while stationed at Fort Bragg in the late 1980s.

The U.S. penitentiary in Leavenworth, a separate facility, has incarcerated all manner of gangsters, anarchists, spies and terrorists, including Mohammed Salameh, who participated in the 1993 World Trade Center bombing.

Yet Prison City, U.S.A., as it’s known, shakes at the possibility of having to accept any jumpsuit-clad residents of Guantánamo Bay, Cuba.

Opposition to moving the detainees to Kansas reaches across party lines. As governor, Kathleen Sebelius provided Defense Secretary Robert Gates, her future cabinet mate, with a list of reasons that the disciplinary barracks at Fort Leavenworth made an unsuitable successor to Guantánamo.

By now, you’re probably acquainted with at least some of the arguments. Last December, Brownback, leading reporters on a tour of Leavenworth, stood outside an elementary school and warned of the “real prospect” of a hostage situation.

One objection stands out from the rest, however.

During the Holder hearing, Brownback complained that housing the detainees would detract from Fort Leavenworth’s primary mission: education. Known as the “intellectual center of the Army,” Fort Leavenworth is home to the U.S. Army Combined Arms Center, where Gen. David Petraeus pondered the nature of insurgency before becoming the top military commander in Iraq.

The research center includes the Command and General Staff College, which trains midcareer officers as well as foreign military personnel. Officers from 62 countries graduated with the class last Friday.

“We have heard from students from Egypt, Jordan, Saudi Arabia and Pakistan that they will leave the school if the detainees come to Fort Leavenworth,” Brownback said. “The point is that a number of Islamic countries don’t think these detainees should be held anywhere. And if you hold them at the same place that they’re training the next generation of army and military leaders, they’re saying we’re out of here — we’re gone.”

Losing the students, Brownback continued, would disrupt the formation of “key relationships in the ongoing war on terrorism.”

Local leaders share Brownback’s concern. Tim Holverson, executive vice president of the Leavenworth-Lansing Area Chamber of Commerce, tells me that the community takes pride in hosting the international officers. Bringing detainees to Leavenworth, Holverson says, “just flies in the face with what they’re trying to do at that program.”

I’m not going to tell the people of Leavenworth how they should feel about the possible arrival of terrorist suspects (although to hear some of the rhetoric, you’d think that the guys from Gitmo would be opening gelato shops and running for the school board). But the argument of a foreign-officer boycott just seems silly.

For one, the argument contradicts itself. Speaking to Holder and on other occasions, Brownback has tried to make the point that Guantánamo itself isn’t the problem — it’s the detention of foreign nationals that upsets the Muslim-majority countries. “When you dig in,” Brownback told bloggers on a recent conference call, “it’s the fact we’re detaining them, not where.”

So while he rejects the notion that Guantánamo is an intolerable symbol of lawlessness and abuse, Brownback goes on to say that bringing detainees to Leavenworth presents a problem because, you know, symbolically, some Middle Eastern governments think it’s inappropriate that their military officers would be in the vicinity of the detainees. (Or what? Is there a fear that the prison population might have an opportunity to whisper radical thoughts to the visiting officers through a chain-link fence?)

Blogging for The Atlantic, journalist Chris Bodenner questioned how closing Guantánamo and giving detainees fair hearings would make America’s frenemies more likely to act in anger. If these people hate our detainee policy so much, Bodenner asks, “Why aren’t they protesting now?”

Alas, we don’t know. Brownback’s office cannot produce any primary evidence that detainees would imperil the relationship building that takes place at the Command and General Staff College. “Neither the students who conveyed that sentiment nor our sources in Leavenworth have chosen to release any public comment — presumably due to the diplomatic sensitivities of the countries who attend the Staff College,” Brownback spokesman Brian Hart tells me in an e-mail.

In February, Associated Press reporter John Milburn interviewed an officer from Pakistan and an officer from Saudi Arabia as they began their coursework at the Command and General Staff College. They seemed oblivious to the “controversy.”

Muhammad Tayyab Ghafoor, the Pakistani army major, said he was focused on his education. He suggested that the fates of those Guantánamo detainees not being returned to their home countries are, in the end, pretty trivial. “We have lost so many of our soldiers, so many of our officers,” he told Milburn.

The boycott argument smells to me like the product of a brainstorming session. Repeated often enough, it becomes fact. In an op-ed piece in The Kansas City Star last month, Megan Gilliland, an assistant to the city manager in Leavenworth, wrote: “Some nations have already stated they would not send officers to Fort Leavenworth if the detention facility is here.” Stated? Wait, I thought we were relying on “sources” and “conveyed sentiments.”

Around the time that Gilliland’s words ran in The Star, The New York Times ran a story describing how Republicans had moved Guantánamo Bay from policy discussion to wedge issue. Brownback’s words and deeds exemplify this.

Brownback sits on the Senate Judiciary Committee, a prime position from which to consider the U.S. handling of “enemy combatants.” In 2005, as Bush administration war policies faced increasing criticism, the committee debated the rights of detainees. A few days before the committee met, Time magazine described the sadistic treatment of suspected terrorist Mohamed al-Qahtani, who was denied sleep and forced to strip naked, wear a bra and bark like a dog. Republican Sen. Chuck Hagel said at the time that al-Qahtani’s treatment should offend “any straight-thinking American.”

Yet Brownback today speaks of Guantánamo as if none of its abuses had ever been exposed. He told the bloggers in his conference call that it’s “one of the nicer [prison] facilities I’ve been in.”

In May, the Missouri Legislature passed
a resolution
urging Congress not to transport the Guantánamo detainees through the state. One expects state lawmakers to act like children (way to shirk even the tiniest obligation in the fight against jihad, boys and girls). But a guy who has seen and heard what Brownback has seen and heard should know better.

In the end, Leavenworth might not be the place for the detainees. It’d be nice if everyone acted like adults as we figured it out.