Trying to fix the game 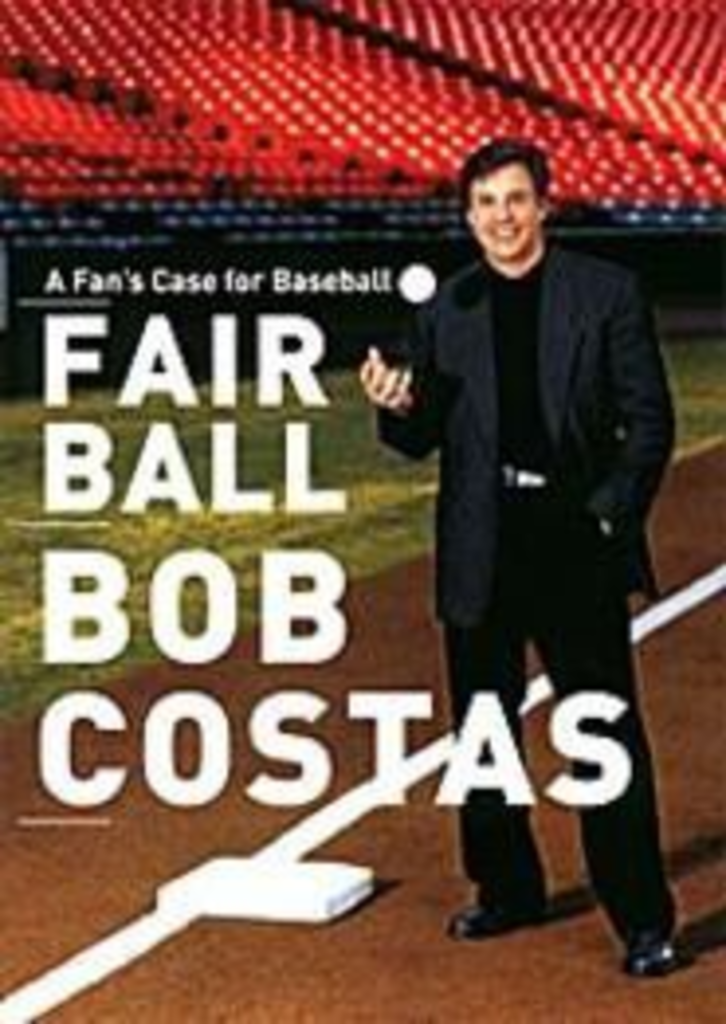 To witness Bob Costas is to become a slave to cliché.

Thousands of times people have commented on his youngish, John-boy Walton looks. Volumes have been written about his gift for speech. But to see him in person is to be slammed with a tidal wave of eloquence. Search for a noun-verb disagreement, unplanned pause, stutter, or stammer, and you will come up empty-handed.

Costas was in town May 4 to talk about his new book, Fair Ball, A Fan’s Case for Baseball. It’s the platform that could ditch the current two-tier system and give every major league team a dreamer’s chance of playoff glory. Without going into detail, Costas pointed to the 1993 season, which preceded the strike year, as the key time that the steps necessary to secure baseball’s future could have taken place — but didn’t. More than a Robin Hood theory, the plan he promoted would still emphasize management and talent while on the whole increase player salaries, save for the highest echelon.

Costas, who in the past has been in the players’-union corner, now sees the union as the biggest obstacle to overcome in implementing these ideas, should the opportunity ever arise in the league. Costas is right — it’s not a true union.

The players’ union has some of the same characteristics of a typical union. Players, like union members, stick together at times. But we’re not talking the UAW here; we’re talking about a job situation where the average salary is over $1 million per year. We’re talking about players already making high-seven-figure salaries who go for eight-figure deals and claim it’s because they have to feed their families. As Costas says, it’s really about ego.

In a true union, every man is represented and there is compromise. In this union, it’s the high-dollar player who gets the most representation. In a true union, if a minimum wage level is to exist, so must a maximum. That’s simple, fundamental logic — logic the players refuse to consider. The problem with their stance is that it leaves little room for the middle class. Because of this, a team can load up on a few millionaires and stuff the rest of its roster with players near or at minimum salaries. Because of the inflated salaries of the very best, teams — except for the Yankees and the Braves — can’t hold on to star players. As Costas pointed out, why isn’t Yankee second baseman Chuck Knobloch finishing his career with the Twins? It’s about money. But it’s also about teams’ not being able to hold on to their developed talent, which means players leave for teams that can compete.

Right now, this is a players’ union of Albert Belle and Derek Jeter. If the players want unlimited salaries, let’s go to a golf format: The winners take all and the losers go home sometimes not even breaking even. Oh yes, golf is an individual sport!

Last time I checked, baseball was a team sport. No matter how the rules are adjusted, once Belle bats, eight other guys have to bat before he gets his next shot. He needs those eight other guys so he can rake in his millions, so it’s time to divvy a little of that up.

Costas’ plan makes too much sense. The players overall will make more money, and many more can begin each season with realistic hopes of getting into the playoffs. We wouldn’t want that, would we?

The Costas event, sponsored by Rainy Day Books and moderated by Star sports columnist Joe Posnanski, also featured new Royals owner David Glass. The fascinating thing about the evening was seeing how Glass, once he relaxes, jettisons some of his corporate façade; he displays a sharp, dry sense of humor, damn near becoming sentimental about a game he obviously loves. At the beginning of the evening, he responded to a question about the Royals’ shot at the playoffs by saying that under the team’s current situation, the Royals have no shot. As the evening progressed, he changed his statement, saying maybe they had a shot after all. By the end of the evening, he admitted that he got up every morning believing that the Royals might be in the World Series. It’s a side of Glass the fans need to see more often.

Inside Pitches
The Running Roos, University of Missouri-Kansas City’s women’s basketball team, seem to have gotten the shot in the arm they needed: former Iowa assistant coach Dana Eikenberg. Although she’s never been the head coach before, Eikenberg has done everything but sell popcorn during her coaching stints at Iowa, Illinois, and Indiana State. She’s got charisma that previous coaches have lacked, and she has already tackled the job head-on.

Eikenberg plans to run and gun on offense because, realistically, she knows that’s what puts fans in the stands. She’s also working fast to build relationships with current players, stressing to them that it’s their choice to resist or embrace the change. This is a positive move for the UMKC athletic program, which after years of stagnation is making big improvements. The track team and tennis teams have already begun to dominate the Mid-Continent Conference. The men’s basketball future looks bright, and there is hope for the women’s team. Now all we need is for KC sports fans, who for the most part continue to take for granted the privilege of having a local Division I college athletic program, to start caring.