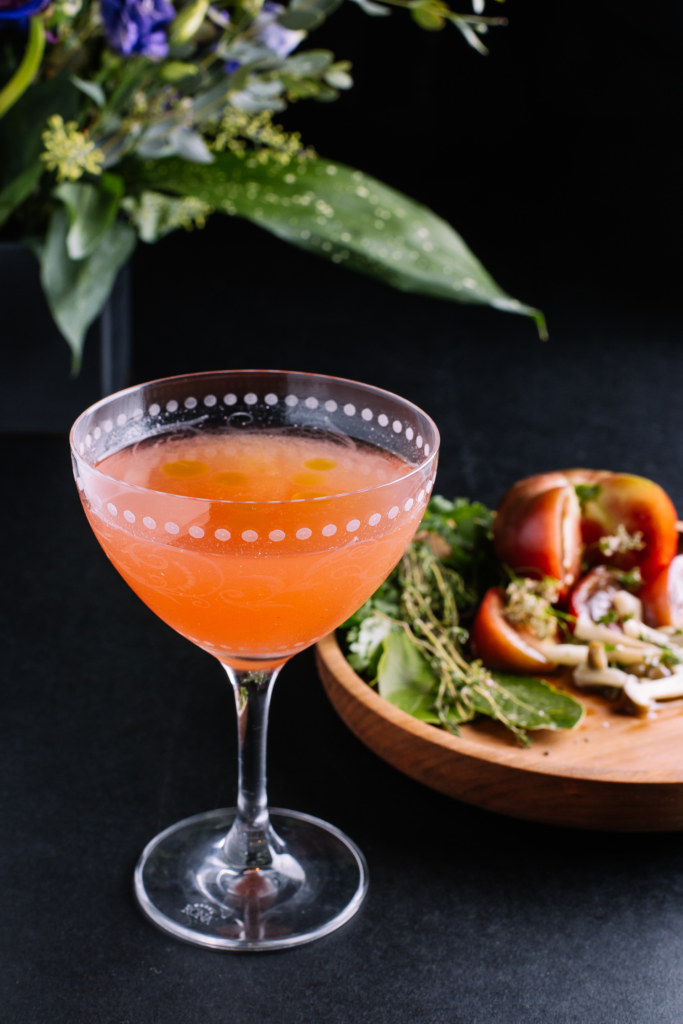 A warm breeze carries the scent of fresh garden herbs — oregano, sweet basil. The sun is shining so brightly on a nearby row of tomatoes that they look ready to burst on the vine. In the distance, just beyond wild and rambling green hills, white lines of snow form zigzag patterns atop grand mountain peaks.

Maybe someday you’ll make it to the Pyrenees.

In the meantime, there’s the Catalan Rescue Mission at Corvino Supper Club and Tasting Room. The cocktail is based on a traditional Spanish tapa called pan con tomate (pa amb tomàquet, if you’re in the Catalan region). It’s a version of bruschetta that pairs toasted bread with a chunky tomato sauce baked with fresh olive oil and herbs.

“My idea was to gather ingredients from the region and re-create that dish as a delicious, refreshing cocktail,” says Ryan Miller, lead bartender at Corvino.

Realizing that idea involved some bartender science. A base spirit can be infused with a fat-rich product — bacon, say, or butter; the fat-soluble compounds dissolve in the alcohol but retain the product’s natural flavor. This is no longer cutting-edge lab work; fat-washed cocktails date back at least to 2007’s first bacon fat–washed bourbon at New York City’s PDT, and serious drink makers haven’t stopped pushing the technique forward. Consider, Miller says, peanut butter–washed bourbon or sesame-oil gin.

“Mushroom conserva is a recipe from the Basque region,” he says. “Mushrooms have a weird growing season, and the way to get the most out of them is to preserve them in olive oil, which is how you see them a lot in Spain.”

Also at Corvino, where mushrooms are sautéed in olive oil with thyme, rosemary and other aromatic spices, then splashed with additional olive oil to stop the cooking, then (once cool) packaged as you would jar a marmalade. Miller got a whiff of this dish as he was passing through the kitchen one day, and he knew. “I smelled the conserva going, and I was like, What are you doing with that olive oil? Let me try something,” Miller says.

Miller adheres to the fat-washing process honed by legendary PDT beverage director Don Lee. The fat — in this case, the oil — joins the vodka at room temperature, and the mixture is frozen overnight so that the spirit will stay liquid but the fat will congeal and send its solids to the top. The next day, Miller scrapes the solids off the top and strains the liquid through a few layers of cheesecloth. In washing a neutral spirit like vodka with the fragrant mushroom oil, Miller says, he can capture the aromas and earthy textures of mushroom and herbs.

“It’s a really amazing process,” he says. “You feel like you’re taking out the flavor that you just put in, but the result can be really lovely.”

And so it is — the Catalan Rescue Mission captures the earthiness of the mushrooms and the aroma of the herbs. Lovely, too, is the symbiosis of flavors going on between Miller’s experiments and the kitchen at Corvino. To eliminate waste, the congealed olive-oil fat goes back to the kitchen to find its way into other dishes. A previously featured fat-washed cocktail infused bourbon with duck fat, and, on the back end of the process, allowed chefs to experiment with bourbon-flavored duck fat. 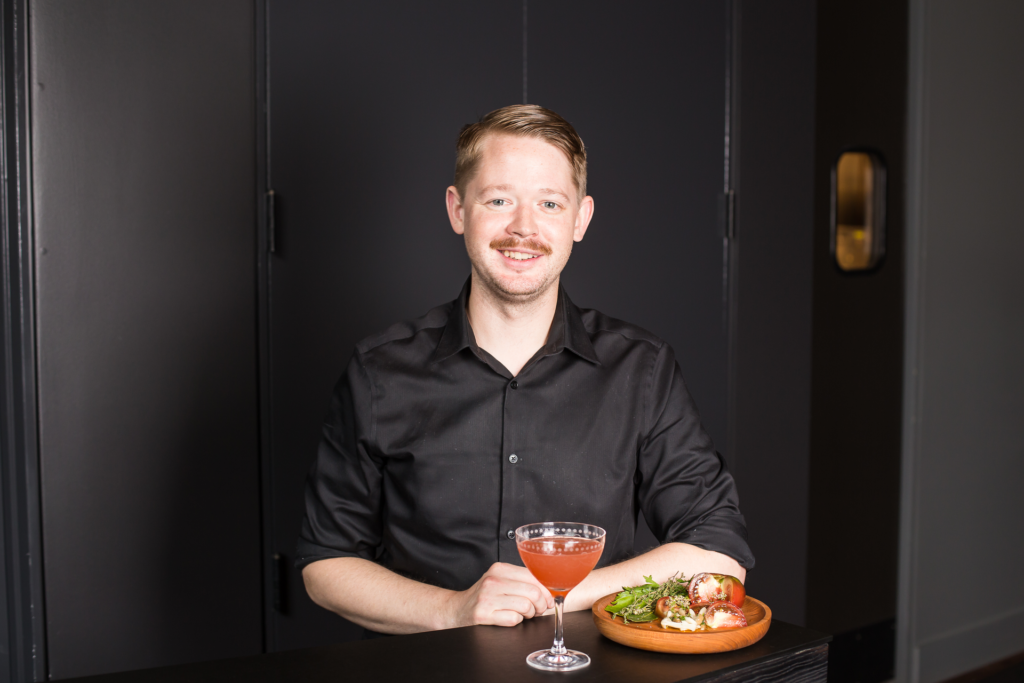 There’s not a huge amount of this infused vodka in the final Catalan Rescue Mission – about an ounce, Miller says. But you don’t need more than that to understand its effect. The savory, umami mushroom notes tango with the nutty Rancio, and there’s something in the thick way this drink sips that keeps your lips smacking. That could be Miller’s tomato syrup, too, which pours some acidity and summer sun to the glass. It doesn’t hurt, either, that the garnish is a few drops of a blended basil and oregano oil. It’s a garden in a glass.

“I want to give you the feeling of when you’re sitting outside at someone’s countryside home, eating crusty bread and olive oil,” Miller says. “The idea behind any good cocktail is balance and harmony, just like any good dish.”