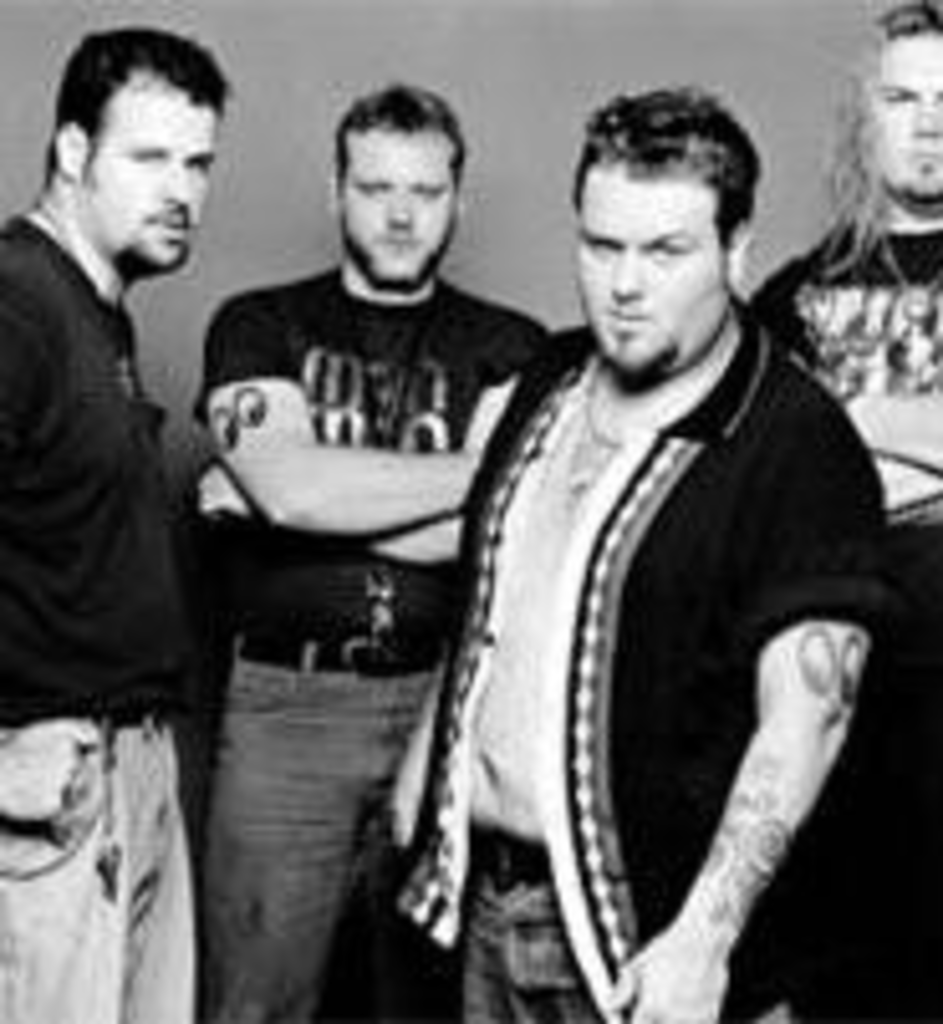 The plain truth is that reunion shows are funded by fear.

Fans won’t admit it, of course, but they’re terrified that their favorite ass-kickin’ stage stormers aren’t coming back this way again — not because of the ugly specter of looming death (knock on wood) but because of the equally ugly, day-job specter of life. We’re afraid that the musicians who once saved us will be scarfed up by the same monster that has eaten us alive — plain old everyday existence.

Thank God, then, for Kansas City, Kansas, harp monster Ernie Locke, who, after a day shift at an Italian restaurant in Tampa, Florida, answers the phone with a relaxed “I’m just sitting here drinking a Schlitz beer at my favorite bar.” Maybe the hand-wringing can wait. For Locke and the punk-blues fellas of Tenderloin, maybe a reunion is just another quick way to say Howdy.

Locke quickly clarifies which version of Tenderloin will, in fact, reunite. “This is actually the Tenderloin we toured all over the United States and Canada with,” he says. “We’ll have Taz Bentley [Rev. Horton Heat, the Burden Brothers] on drums, John Cutler on bass and Kirk St. James on guitar. Taz is really pumped up because he didn’t get to do the last show, and it’ll be really good to have the fearsome foursome together. There’ll be a lot of beer drinkin’ and bullshittin’ going on.”

Locke is perfectly willing to hash over his own musical saga once more, for the kids. “I moved over to Westport when I was 19 or 20, and I started cooking after I kind of flunked out of KU and Penn Valley Community College. I got a job at Thirsty’s Cantina [in Westport].”

Locke’s well-known ability to transform a harmonica into a blazing instrument of death just sort of, well, happened. “I just started playing,” he recalls. “My dad got one in his stocking for Christmas when I was 23 or 24, and I took it. Next thing you know, I was walking to work playing it all the time.”

Kansas City in the early ’80s was the perfect place to learn blues harp, with plenty of friends to tell Locke what to listen to. “Blues players kept coming through the Grand Emporium all the time,” he says. “Chuck Haddix [of the Fish Fry on KCUR 89.3] had a Thursday night show when he started DJing at KCUR, and I used to call him while he was on the air. I found out he worked at the Music Exchange, and I got to be his buddy and befriended Ron [Rooks, late Music Exchange owner] and the whole ‘Hee Haw’ gang. Next thing you know, I was working there. That basically started all my music.

“And the next thing you know,” he continues (and this part escapes him with a rush roughly parallel to the surge of the years he’s talking about), “I was playing in a band called the Buddy Lush Explosion, then Sin City Disciples, then the Reverb Brothers, then Tenderloin, then Parlay.”

Now, Locke seems to have settled in down South. “I’ve finally quit running back to Kansas City,” he says, laughing. “I’m quite happy down here. My fiancée and I are about ready to embark on an extremely hard journey of life — we’re going to start a restaurant … [named for] my girlfriend’s grandmother’s name, Ella’s.”

Locke’s cooking jobs may have been as influential as his stint selling records. “It’s going to be a lot of different foods from Kansas City,” he promises, “some Vietnamese things, a couple of good Garozzo’s-like pasta dishes. On Sunday we’re going to have a real nice brunch, and then Sunday afternoon we’ll do Kansas City-style barbecue. Basically I’m just bringing everything I learned up in Kansas City down here.”

It’s only when asked if he’s considering retiring from music that Locke sounds a little stricken. “No, I’m not at all retired from music. I won’t be able to play as much as I want to, although we will have a stage at the restaurant so we can have people play.

“It’ll take about 80 hours a week from me,” Locke confesses about his career change. “Right now, I’m playing in a trio called the Nervous Turkeys — me and a keyboard player and a drummer. We’re kind of doing Tom Waits’ kind of sloppy, greasy blues, with a little bit of punk energy here and there. We’re having a real good time.”

OK, so the warning signs — marriage, 80-hour workweeks, the business end of restaurants — may be on the horizon. Then again, we’re talking Ernie Locke here. This will be a good weekend to either swallow or embrace that fear and witness the blur that is Tenderloin one more (one last?) time.