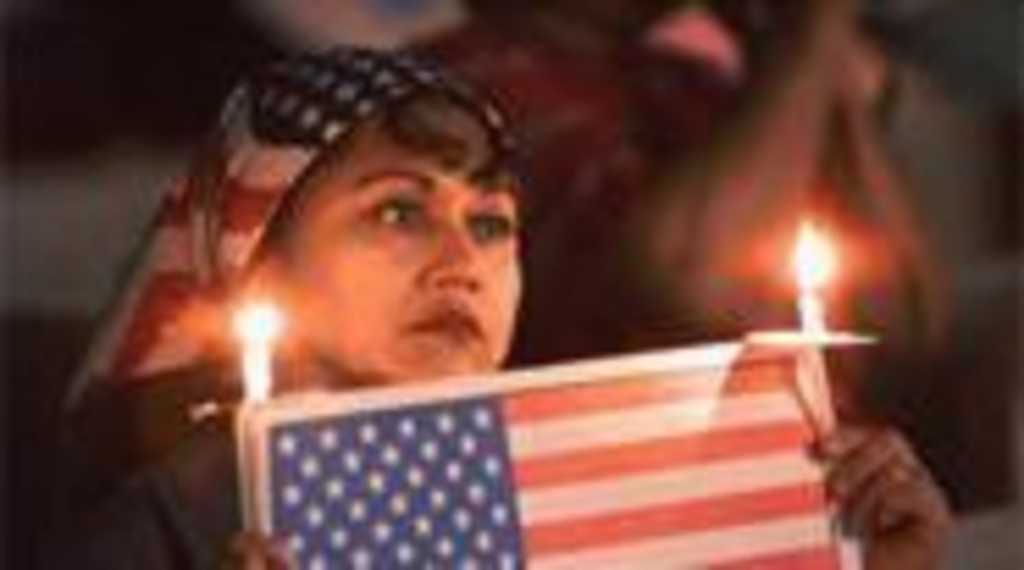 eople are talking about the True/False Film Festival. Not just talking — effusing. And letting others in on the secret: Hey, did you know that one of the hottest film festivals in North America is in … Columbia, Missouri? The all-documentary fest started strong in 2004, gained momentum in 2005 and this weekend offers another world-class slate of films. People in the industry aren’t just taking notice; they’re championing the event.

“We’ve been very lucky to have this niche of documentaries,” says Paul Sturtz, who, with David Wilson, founded the festival. “We’ve been able to get some of the best filmmakers to come to [Columbia]. People like Kevin MacDonald [Touching the Void, One Day in September], Bruce Sinofsky [Metallica: Some Kind of Monster] — they’ve become our ambassadors.”

Praise from well-respected filmmakers is quite a boon for a still-young festival. But True/False’s success is rooted squarely in Sturtz and Wilson’s persistence of vision. The process: Find the highest-quality documentaries in the world, create a festival environment where screenings are convenient for everyone, then bring in the filmmakers. The formula sounds simple, but the logistics can get tricky. This year, the festival welcomes filmmakers and documentary subjects from Denmark, the United Kingdom, Cameroon and China. (Some of the most promising titles are previewed on page below.)

“If the filmmaker can’t come, we cross them off the list,” he explains. “It’s part of the fest’s whole ethos — to have it be a communal experience for filmmakers to share their films with other filmmakers and with the public.”

For three days in February, Sturtz and Wilson’s vision comes alive in Columbia. Sure, it isn’t Los Angeles or New York, or even Toronto — but it just might be better.

“We play up the romantic notion of coming to the Midwest,” Sturtz says. “This is a place people know nothing about. They think there’s nothing going on, but then they see the thriving downtown. They come away saying, ‘This is one of the best festival environments we’ve been in.’

“When you go to Sundance, you spend a quarter of your time on a shuttle bus,” the co-founder continues. “In Toronto, there’s a good half-mile between venues. Here, there are four venues [close together] — it definitely creates a kind of dynamism.”

Less time in transit means more time at screenings, and this year’s schedule includes some not-to-be-missed films. Sturtz is particularly fond of Chances of the World Changing, which he describes as a “very engrossing profile of an obsessive character…. [Chances] has a larger resonance; this story about a guy who’s saving turtles opens us up to the whole unwieldy subject of extinction, brings it to a very life-size level where everyone can relate.”

Sturtz reserves his highest praise for the buzz-generating Why We Fight, which he calls “the most important film we’re playing.” (The movie opens in Kansas City March 3.) And he says he’s thrilled to have booked Refugee All-Stars, which centers on a band formed in the refugee camps of Sierra Leone. The musicians are still working to get visas, but if all goes according to plan, the All-Stars’ first American show will be in Columbia.

“We want to show that just because you live in a small town in the Midwest doesn’t mean your worldview has to be parochial and small-minded,” Sturtz says. “Our goal is to bring a wide group of filmmakers to mid-Missouri and open the window on the big, wide world.”

American Blackout John Lewis, a Democratic congressman from Georgia, believes that if Florida’s ballots had been properly counted during the 2000 presidential election — and if several members of the African-American populace hadn’t been denied their legal voting rights — George W. Bush would not have been elected president, the nation would not be at war in Iraq, and the makeup of the Supreme Court would be vastly different today. Instead, that contest, along with the 2004 election, brought to light a far-reaching government conspiracy to enact modern-day Jim Crow laws via electronic glitches and intentionally labyrinthine red tape. In what is essentially a full-length (and very persuasive) campaign commercial, longtime Democratic Georgia Congresswoman Cynthia McKinney plays David to the Bush administration’s Goliath. Long before Michael Moore and George Clooney, McKinney questioned what pre-9/11 warnings the government may have concealed and what role media conglomerates and special-interest groups play in keeping white Republicans in office. It’s not that black voters are disenfranchised, McKinney says — it’s that they are being deliberately targeted. Screens at 10:30 a.m. Feb. 26, at the Missouri Theatre. Director Ian Inaba attends. (Julie Seabaugh)

Been Rich All My Life Remember that Golden Girls episode in which Rose, Blanche and Dorothy rehearse for a tap-dance recital? Add 20 years, another hoofer and a slew of show-biz memories, and you have the Silver Belles, four former members of the Apollo Theater’s original chorus line. It can take up to two hours for Fay Ray, Marion Coles, Cleo Hayes and Elaine Ellis to make it all the way up to 125th Street’s Cotton Club for their riotous afternoon practices, but there’s no place they’d rather be — unless, of course, they’re donning silver pantsuits, two-inch heels and sequined bowlers before entertaining their still-ardent public. Though as meandering as the jazz soundtrack it employs, Rich remains generally uplifting while recounting how the octogenarian spitfires overcame the racial and sexual mores of the past. Screens at 12:30 p.m. Feb. 25, at the Forrest Theater. Director Heather MacDonald attends. (Julie Seabaugh)

Chalk Chalk is the mockumentary that Christopher Guest wishes he had conceived. This glimpse into the world of public high school teaching is so absurd — and yet so plausible — that the audience may spend much of the film mulling the cliché “You can’t make this stuff up.” Chalk outlines a full school year at Harrison High and follows the teachers’ education tactics; some charm students with hokey hipness, and others actually impress with jokes such as, “I’m going to beat her like a step-child!” One crazed teacher plots a coup of the coveted Teacher of the Year title, while others cram to compete in the Spelling Hornet (a bee that challenges teachers to spell student slang like “shawty” and “scheisty”). Some elements of this funny film may seem a bit far-fetched (say, if you’re a graduate of Catholic school), but anyone who has survived the public education system will empathize all too well — even when the phys-ed instructor teaches the Robot. Screens at 9:30 p.m. Feb. 25, at the Ragtag Cinema. Director Mike Akel attends. (Kristyn Pomranz)

Favela Rising Rio de Janeiro may be internationally known for its annual Carnaval parade, that giant statue of Jesus and providing inspiration for Barry Manilow’s infamous “Copacabana.” Locally, however, its 6 million residents are more familiar with a city of 600 favelas (slums), each teeming with rampant poverty, violence, police corruption and drug wars. In response to a 1993 street massacre, a musical movement called Afro Reggae emerges from within Vigario Geral — “Brazil’s Bosnia” — with aspirations of uniting the city’s disadvantaged through independent publications, community programs and, perhaps most important, infectious percussion grooves. This festival-circuit warhorse from filmmakers Jeff Zimbalist and Matt Mochary balances harrowing footage with a portrait of movement founder Anderson Sa, a surfing enthusiast and former drug soldier who faces increasing physical, mental and societal challenges as his project successfully presents alternatives for directionless youth, earns a record deal and expands the scope of its efforts with each passing day. Screens at 7 p.m. Feb. 25, at the Ragtag Cinema. Sound designer Michael Furjanic attends. (Julie Seabaugh)

Holy Modal Rounders … Bound to Lose The Stones aren’t the only band that can keep the party going despite decades of drug use and decadence. It’s just that sometimes the drugs can siphon all the remaining decadence out of longtime performers’ careers. Witness the Holy Modal Rounders, a cult group of post-Beat, pre-hippie musicians who traveled in the same circles as an early-’60s Bob Dylan but experienced only a milli-fraction of Dylan’s success. Band members Peter Stampfel and Steve Weber relate stories of taking LSD to relieve headaches, fashioning drug paraphernalia out of basketball-inflation needles and being collared for (alleged) dildo theft — yet they’re hesitant to fault hedonism and the inability to adapt to the harsher vibe of the ’70s for their current dive-bar-headlining status. Featuring special appearances by Loudon Wainwright III and Wavy Gravy! Screens at 3 p.m. Feb. 25, at the Forrest Theater. Directors Sam Douglas and Paul Lovelace and star Peter Stampfel attend. (Julie Seabaugh)

Homemade Hillbilly Jam From CBS’ long-running The Beverly Hillbillies to the 2000 silver-screen moneymaker O Brother, Where Art Thou?, Hollywood’s portrayal of backwoods life often relies on stereotypes about prevalent ignorance, fashion sense cribbed straight from Hee Haw and hefty brown jugs cryptically marked “XXX.” But that depiction just isn’t right, says Springfield-based Big Smith, five Ozark cousins who are fiercely proud of their heritage and center their lives around family, religion and the creation of gospel-blues-country music. Through a handful of shows, a speaking engagement at then-Southwest Missouri State University and a visit to Branson, Jody and Mark Bilyeu, Jay and Mike Williamson, Rik Thomas and their extended kin explore the role that music plays in preserving a legacy. And it’s not just the menfolk who do all the pickin’ and grinnin’; watch for Aunt Dottie and Grandma Thelma to strut their stuff alongside the family’s professionals. Screens at 6:30 p.m. Feb. 26, at the Missouri Theatre. Director Rick Minnich and subject Big Smith attend. (Julie Seabaugh)

The Last Supper Hey, murderer! Whaddya wanna eat before we lethally inject you? So stands the core question of the riveting documentary The Last Supper. This film-slash-art piece covers the four cornerstones of last-meal knowledge: a succinct history (if an exiled soul was hungry in the crossover from life to death, its tummy-rumblin’ would cause it to become stuck in limbo); stomach-turning trivia (one woman had her flesh sliced off piece by piece and was forced to eat it fried); last suppers in different cultures (in China, any unfinished eats are given to monks, who consume the food for the departed spirit); and, of course, how to make a mean final meal of fried catfish and onion rings (as annotated, cooking-show style, by convict-cum-jailhouse-chef Brian Price). Additionally, this visually arresting documentary subtitles its facts in stark text on relevant pictorials (a half-eaten loaf of bread, plates being cleaned in blood-stained soapy water), all while providing fodder for your capital-punishment debates. Replete with everything you never knew you wanted to know about Death Row cuisine, Last Supper leaves you satisfied. Screens at 2:30 p.m. Feb. 25 at the Ragtag Cinema. Co-director Mats Bigert and subject Brian Price attend. (Kristyn Pomranz)

Street Fight “He smells like the future,” an awestruck young girl gasps after shaking hands with Cory Becker, the first-term city councilman (and Yale Law School grad) who challenges long-standing mayor Sharpe James in Newark, New Jersey’s 2002 election. The son of civil rights activists and resident of the housing projects he represents, Becker quickly finds his idealism tested by an onslaught of strong-armed tactics involving both the incumbent and the local police force: strip-club scandals, a campaign-headquarters burglary, poster vandalism and additional election-day shenanigans. (And you thought Florida’s hanging chads were controversial.) It’s no secret that money and power win elections, but Street Fight also reveals a disjointed community where education and lighter skin alienate black voters, and confidence is won not on TV or the radio, but on the street. Unapologetically subjective but unwilling to shy away from Becker’s own crises of conscience, director and producer Marshall Curry’s political horror show is up for Best Documentary Feature at this year’s Academy Awards. Screens at 3:30 p.m. Feb. 26, at the Missouri Theater. Director Marshall Curry attends. (Julie Seabaugh)