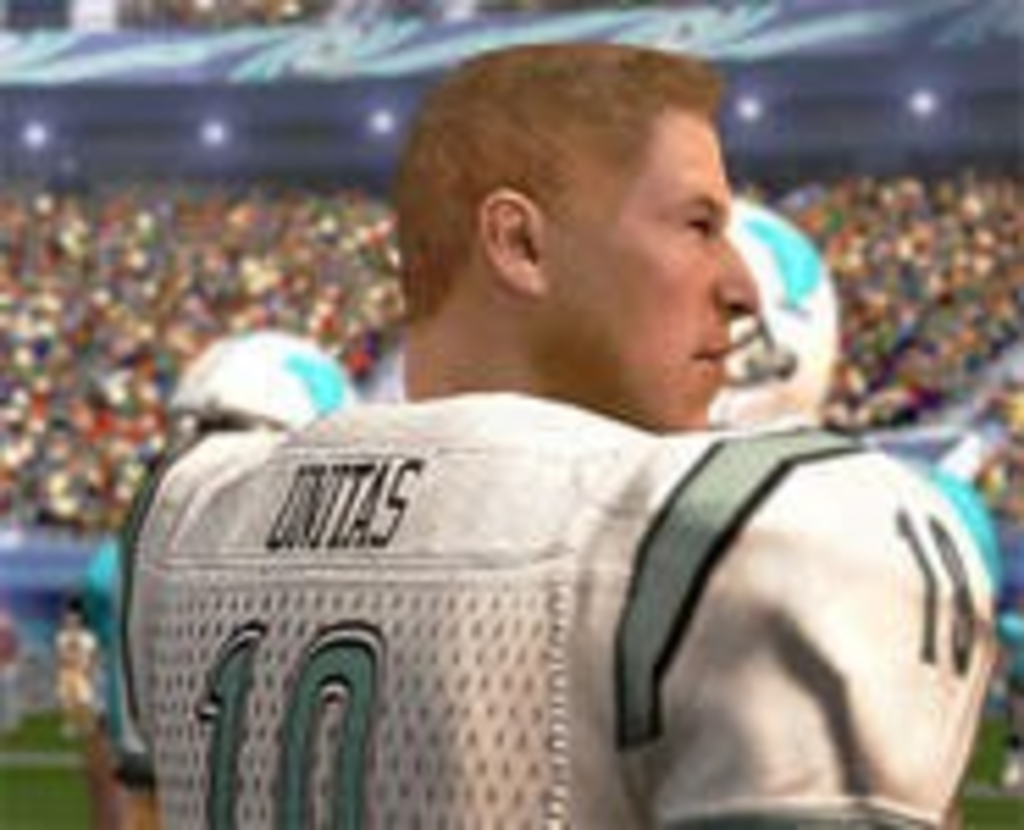 The concept behind All-Pro Football 2K8 is simply wonderful: Imagine a fantasy football league where you draft from a pool not of this season’s top players, but of the greatest NFL players of all time: Joe Montana, John Elway, Dick Butkus, Jerry Rice, Marcus Allen, Mike Ditka, and more than 200 other legends. And though a few players are sorely missed — where art thou, Joe Namath? — the player roster is reason enough for football freaks to snap up the game.

Unfortunately, that gimmick alone can’t negate All-Pro’s weaknesses or make gamers forget the store-shelf competition. Fact is, the stellar lineup of players props up what is otherwise a fairly unremarkable game.

Once you boot up, it’s time to set about building a team. Players are separated into Gold, Silver, and Bronze classes based on their career numbers (which is how not-so-legendary players such as Ricky Sanders and William Perry made the cut). The game limits the number of players from each class you can have on a team, so Gold and Silver slots should go to the positions most critical to your style of play: Those who favor a wide-open offense may seek out Gold standards such as Dan Marino and O.J. Simpson, while defensive-minded coaches will drool over Mike Singletary and Reggie White.

All-Pro’s player-evaluation system is somewhat unconventional. Rather than numerical stats, players are marked with “Special Abilities” — icons that indicate each athlete’s strengths. For example: Instead of Larry Little having an agility rating of 85/100, the longtime Miami Dolphin is branded with the description “Quick Feet” — i.e., “top-notch agility for his position.” These cutesy labels might be less intimidating for the numbers-averse player, but they’ll frustrate analytically minded gamers. Exactly what is “top-notch”? And are my two players with “Quick Feet” equally agile?

Without actual numbers, there’s no way to tell. Likewise, some Special Abilities are situational, such as Dan Marino’s “4th Quarter Comeback” ability (“QB is at his best when trailing in the 4th quarter”). And others are simply hard to decipher, like Walter Payton’s “Leadership Bonus,” which “makes his teammates better.” How much better? And better how? Are they better only when Payton’s on the field? If he’s injured and out for the rest of the season, is the team still better? Don’t look to the instruction manual for answers; there are none.

While such frustrations render All-Pro a bit shallow on the technical side, the actual game play fares better. The running game is especially satisfying: Holes are easy to identify, and your player handles great as you nimbly scramble toward the first-down marker. The passing attack isn’t as slick: There are too many dropped balls, and receivers tend to stop in their tracks to wait for passes once they’ve run their pattern.

Defense, meanwhile, feels a little too hands-off: You can control any player on the field, but the offense is often stopped cold, even if you let the play run without your help. And kicking — be it punting or field goals — is too unpredictable. Nothing’s more aggravating than missing a 20-yard field goal, only to have the in-game commentary mock your “lackluster” kick. Oh, blow me!

Pitting the sport’s all-time great players against one another is a great idea, and one that 2K Sports should continue to refine. But while All-Pro is a welcome alternative to EA Sports’ typically staid offerings, it’s still a long way from the playoffs.