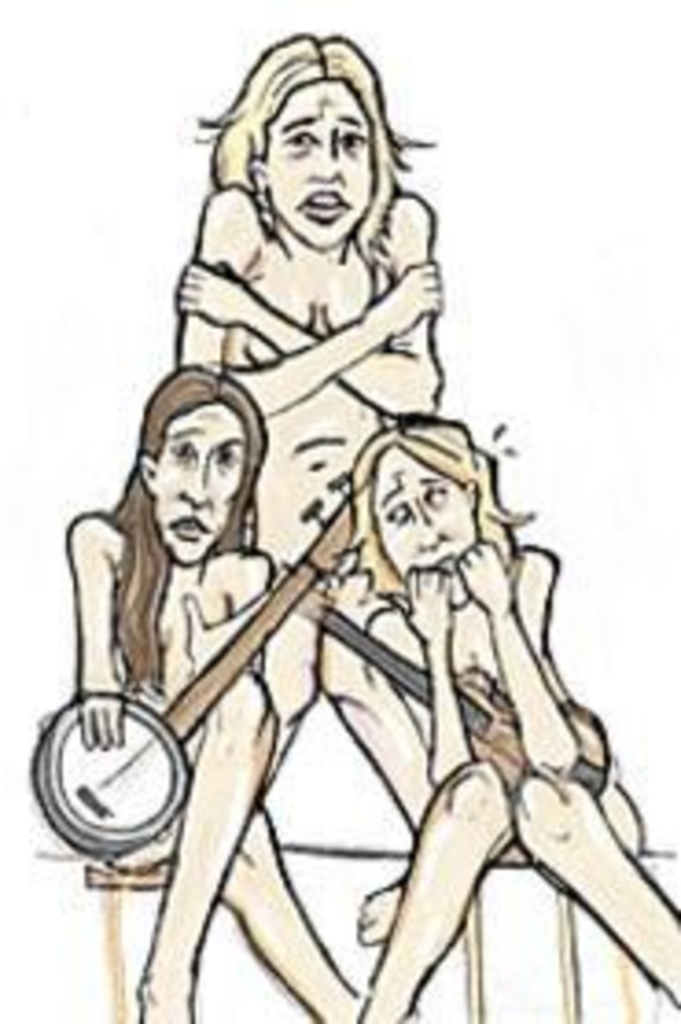 On March 10, during a London concert, Dixie Chicks leader Natalie Maines prepares to introduce the trio’s No. 1 country hit, “Travelin’ Soldier.” Part of that introduction includes an off-the-cuff, unspecific criticism of George W. Bush, who at that moment appears more determined than ever to wage war in Iraq. “We’re ashamed that the President of the United States is from Texas,” she says.

Here at home, indignation over the comment is immediate and long-lasting. “They are pieces of crap,” disc jockey Steven St. John insists on KZPL 97.3 a good six weeks after the incident. Elsewhere, Maines’ comment is greeted by death threats, vandalized property, smashed CDs, boycotts of the group’s catalog and demands for an apology. When Maines provides one for the style (but not the substance) of her remark, there are demands for a more transparent apology.

Meanwhile, Toby Keith uses a Photoshopped image that towers behind him during concerts to suggest that Maines’ momentary dissent makes her a supporter — even a lover — of the dissent-crushing Saddam Hussein. Keith does this not spontaneously but deliberately, not once but repeatedly, and the result is … nothing. The South Carolina legislature does not demand an apology from Keith, as it did from the Chicks, and no one drives over his CDs with a truck.

Why not? At the very least, Keith’s representation of Maines and Hussein as de facto allies is an insult to his fans’ intelligence, if not their political sympathies. (Is it an example of Orwellian doublespeak to equate an expresser of free speech with a suppressor of free speech, or is it just ignorant?) At any rate, if Keith were asked to apologize, it’s unlikely he would comply. Real men don’t eat crow.

Real men, not celebrity whiners like Maines or actor Tim Robbins, are now in great demand. After the mass murders of September 11, we are told, it’s men of action who are needed, men who get stuff done, men with little interest in time-wasting debate and with no patience at all for patience.

The real man of the hour is George W. Bush. He might name Jesus Christ as his favorite philosopher, but his heroes, at least on the foreign-policy front, seem always to be cowboys. You can bet that John Wayne never turned the other cheek or prayed for his enemies. And in Bush’s West, as in the Duke’s, you are either with us or again’ us. Never mind that between those stances, between Bush’s way and the highway, lies the complex and ambiguous world in which the rest of us will still have to live once he’s ridden off into the sunset.

Bush and his neoconservative sidekicks in front of the camera (Donald Rumsfeld, John Ashcroft) and behind the scenes (Richard Perle, Paul Wolfowitz) stand at the ready to “smoke out” some “evildoers,” “dead or alive.” With the occasional exception of Colin Powell — he can ride along or wring his hands, whatever — the administration adopts a stance to the world that is consistently aggressive, contemptuous, hypermasculine. “Anyone can go to Baghdad,” says one Bush administration official. “Real men go to Tehran.” You can easily imagine the guy puffing out his chest, even pumping his fist, the manly signifiers of a little boy.

Meanwhile, back at the ranch, Bush’s unwavering faith in tax cuts and free markets bears a similarly fundamentalist brand. His public response to the Chicks flap, for instance, is as revealing as it is predictable: “They shouldn’t have their feelings hurt just because some people don’t want to buy their records when they speak out.” For Bush, in other words, everything must come down to profit and loss. Complainers like the Chicks are simply unrealistic (don’t they know that whoever ends up with the most toys wins?), impractical and insufficiently tough; the girls are too emotional for their own good. By contrast, Bush wants never to be called a “wimp” like his old man was. America will not be kinder or gentler on his watch.

The shift in the nation’s zeitgeist from Bill Clinton’s supposedly more feminine style (“I feel your pain”) to Bush’s cartoon masculinity has been especially pronounced in the country-music field. During the original Bush administration, remember, Garth Brooks kicked off the Hot New Country craze by emoting I could’ve missed the pain, but I’d’ve had to miss the dance.

Today’s country stars are less likely to wax philosophical. In “Courtesy of the Red, White, and Blue (The Angry American),” Toby Keith threatens terrorists that we’ll put a boot in your ass; it’s the American way. Darryl Worley, in his No. 1 hit “Have You Forgotten,” notes approvingly that the United States is just out looking for a fight. And when Travis Tritt heard what Maines said in London, he called her “cowardly” and dared her to say it again in Houston.

Of course, country music has a long jingoistic streak. During World War II, crooner Red Foley scored a hit with “Smoke on the Water,” in which he gloated that vultures would soon dine upon dead Japanese. In 1966, Johnny Wright’s “Hello Vietnam” bought lock, stock and barrel into the Pentagon’s domino theory. Still, there’s a machismo to today’s country radio that hasn’t been heard since Merle Haggard wasted the best rhythm track of his life on “The Fightin’ Side of Me.”

On the radio and off, moral clarity is now taken to mean moral rigidity. When comedienne Brett Butler suggests on a CMT’s Flameworthy Video awards show that it would be honorable, Christian and typically Southern for country fans to forgive the Chicks their impertinence, she gets booed. Similarly, when Vince Gill (a man, yes, but a suspiciously high-voiced one who favors touchy-feely ballads) says it’s time to move on from the Chicks controversy, his proposition brings forth such negative reactions that he’s prompted to release a second statement, stressing how much he supports our troops.

Is it any wonder that harder, often twangier, country sounds are re-emerging on the radio? The pop bent of so much recent country music has been largely a woman thing, both in terms of its biggest stars (Shania Twain, Martina McBride, Faith Hill) and in terms, if we can believe the demographers, of its primary audience. Now, though, here come the men: They’re out for revenge, and they are as sick to death of power ballads as they are of being nagged.

With unilateral titles such as “I Want to Talk About Me,” “How Do You Like Me Now” and “Who’s Your Daddy,” Toby Keith is top dog in this field, a specialist in stubborn self-interest. Other members of the new boys club include Brad Paisley, who on a recent hit decided he needed to fish more than he needed his wife, and the brawny duo Montgomery Gentry, who scored an early chart success by digging in their heels and boasting “She Couldn’t Change Me.”

That attitude is a long way from the Chicks’ debut hit, “Wide Open Spaces,” on which they assert the need for all of us — and particularly the young impressionable girls they say are their biggest fans — to have the room to make a big mistake on our way to creating the lives, and the world, of which we dream. The new country machismo isn’t far at all, however, from a later Chicks hit, “Cowboy Take Me Away,” which in retrospect sounds like a reminder to be careful what you wish for.

The Chicks attained unprecedented success in part because they were the only country act with pop reach and a twangy sound. But in the currently masculine cultural climate, they’re no longer sufficiently feminine. They speak their minds; they call Toby Keith ignorant; and instead of standing by that abusive Earl, they killed him. They pose naked for the cover of Entertainment Weekly, their bodies stamped with some of the names they’ve recently been called: “Hippies,” “Liberal,” “Saddam’s Angels,” “Traitors,” “Dixie Sluts.”

Dixie Sluts. And there you have it — the return of an almost ancient fear: The woman who won’t keep her mouth shut won’t keep her legs together, either.

Can’t live with them; can’t make them wear a burqa.

It is commonplace today to say we’re in the midst of a clash of civilizations. But the clash is not simply between Islam and Christianity, East and West or Mars and Venus. Rather, as cultural critic Ellen Willis argues, the battle is between competing visions of what people are for — and of how we might live together. On one side is fundamentalism, a worldview that, whether practiced as religion or economics, is ultimately authoritarian, patriarchal, provincial, militaristic and traditional. On the other side is humanism, a catchall term for values that are democratic, feminist, cosmopolitan, empathetic and modern.

It shouldn’t need to be said — but it must be said, over and over — that the forces of fundamentalism are ascendant not just in the Middle East but in parts of America as well, including much of country radio and our nation’s capital. Indeed, the Chicks controversy provides, in miniature, confirmation of the larger conflict.

“You are with us, or you are with the terrorists,” Bush insists, drawing a line in the sand and daring the world to cross it.