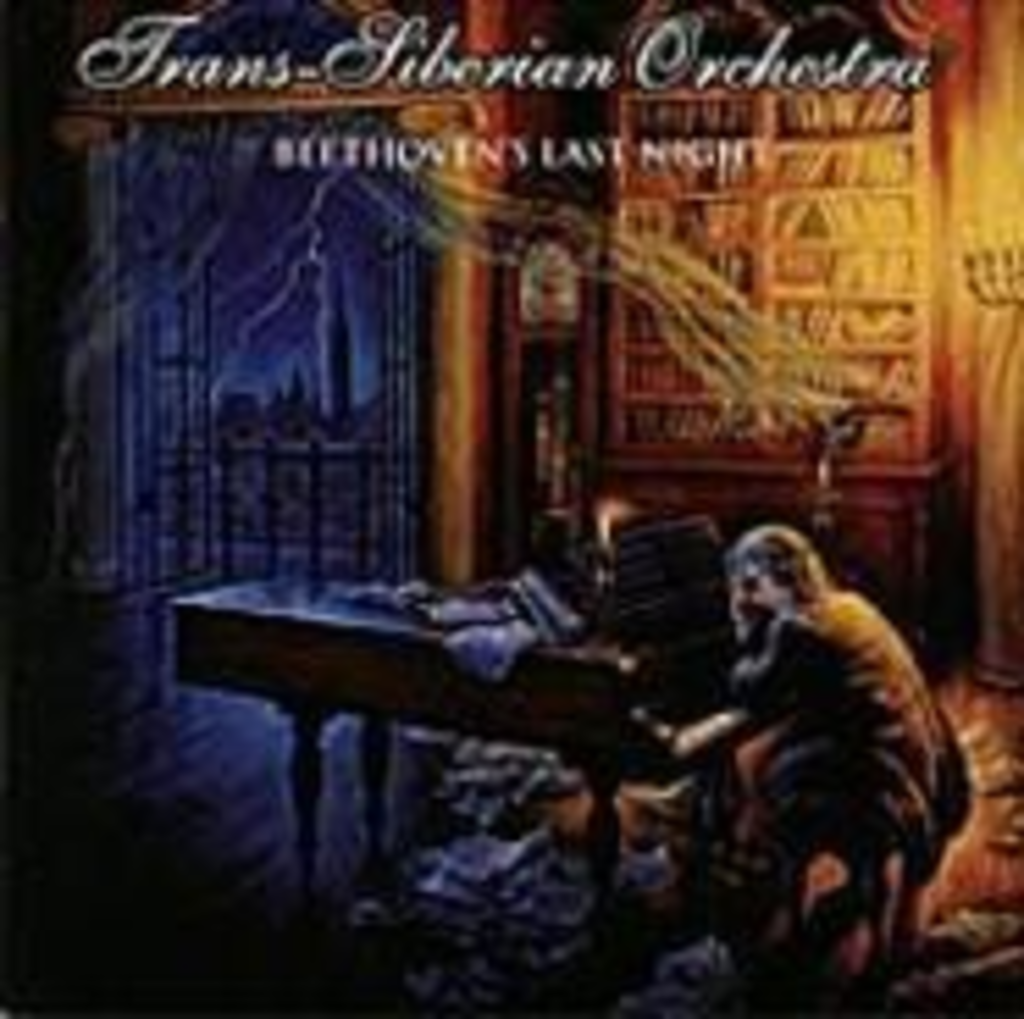 Although some bands (Fear Factory, Radiohead) still construct intricate concept albums, hardly any inject theatrical drama into the mix the way The Who did with Tommy, Pink Floyd did with The Wall, and Styx, for better or worse, did with Kilroy Was Here. Using Queen-style over-the-top arrangements and happily-ever-after storylines, producer/ composer Paul O’Neill and the Trans-Siberian Orchestra crafted such epics, although the fact that the group concentrated on holiday fare (Christmas Eve and Other Stories and The Christmas Attic were its first two albums) somewhat limited its appeal. With Beethoven’s Last Night, Trans-Siberian Orchestra boldly ventures out of the seasonal section of the record shop, lending its rock-opera talents to an odd but entertaining account of Beethoven struggling for his soul with Mephistopheles.

Last Night starts strong, with a guitar-and-keys-fueled medley of Beethoven’s work leading into two mood-setting tracks that feature haunting piano during the verses and grand guitar strokes on the bombastic choruses. In the midst of composing his fictional 10th symphony, Beethoven (voiced by Jody Ashworth) is interrupted by a growing swarm of irritating voices, leading him to belt out what good this deafness/if this prattle I must hear. Enter Mephistopheles (Jon Oliva), who croons in suitably evil fashion as he offers Beethoven a choice: Either part with your soul or allow all of your compositions to disappear from history.

Unfortunately, the tracks that immediately follow this ultimatum, save a strong instrumental take on Mozart’s work and a daring but effective interpretation of Beethoven’s Fifth, deserve to be erased from memory, whether by Mephistopheles or some other generous unseen hand. As Beethoven recalls the sorrows of his youth, which led to his brilliant work, and his failed romance, Last Night shifts into power-ballad overload. Particularly unpleasant are the ungodly trio of tunes unleashed by his would-be lover Theresa (Patti Russo), all of which make Whitney Houston’s tunes seem subtle by comparison.

Finally, with the swirling jam “This Is Who You Are,” Beethoven sees how tragedy has served as inspiration and decides not to amend anything about his past. After “Beethoven,” another engaging instrumental, comes the multicharacter climax, which might easily inspire either accolades or snickers. Once Beethoven refuses to surrender his work, the evil one describes, in full snarling bad-guy mode, how he will torture a young girl who is visible from the composer’s window. This leads to one last soul struggle, and thus, one last power ballad, as Beethoven eventually surrenders to compassion. After a clever ruse allows Beethoven to escape with his soul and catalog intact (this resolution must be read in the liner notes, as it’s not captured in song), Fate (Sylvia Tosun) sings a sweet closing song that’s refreshingly free of grandeur. So ends a story that reads well on paper but becomes bogged down with soundalike songs during its saggy middle, despite the presence of numerous talented musicians. O’Neill warrants credit for attempting a project of such magnitude and at times pulling it off admirably, but perhaps there’s a good reason that few groups attempt such undertakings.