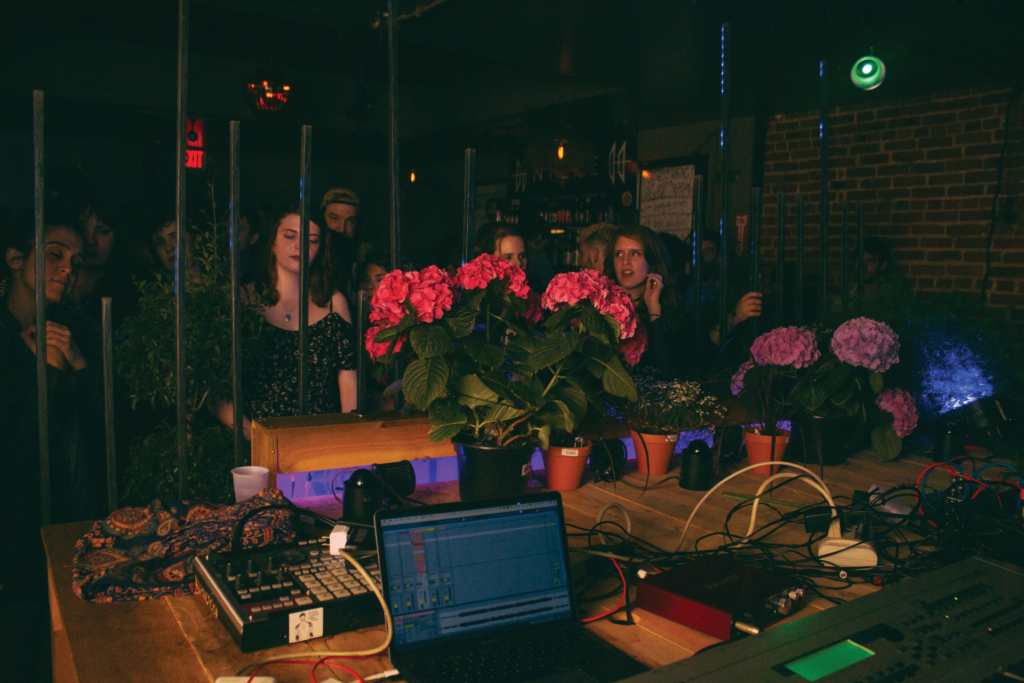 Mazzy Mann and Zoey Shopmaker are direct about their intentions for Transfiguration, the new queer-and-trans-centric music and arts festival they’ve organized. It’s being held May 31 and June 1 — the same weekend as KC Pride Fest.

“We want to present it as an alternative to KC Pride Fest, which is notoriously not very inclusive to anyone beyond cis white gay men,” Shopmaker says. “We want to move away from a singular idea of what it means to be queer or gay or trans in the Midwest.”

Complaints about KC Pride Fest becoming less gay and more corporate are, at this point, almost as much of a tradition as the festival itself. “It’s gone from being a political event to being an entertainment event,” Camp magazine publisher John Long told The Pitch back in 2014.

That perception is not without merit. This year marks the 50th anniversary of the famous 1969 Stonewall uprising in New York, when LGBTQ patrons fought back against police harassment and abuse. Pride fests in many other cities will commemorate this historic insurrection this year. But KC Pride Fest’s website doesn’t even mention Stonewall. It appears that 2019 will be another year of EDM stage shows at a park filled with vendors who’ve slapped rainbows on their products for the occasion.

By contrast, Mann name-drops Stonewall icons Marsha P. Johnson and Silvia Rivera as ancestors worthy of celebration, and emphasizes that Samantha Ruggels, the executive director of both the Kansas City Center for Inclusion and the KC Transfinity Chorus, will be a keynote speaker at Transfiguration. The aim is to host a safe, joyous weekend of events that also acknowledges the often-harsh political realities for marginalized communities.

“[Transfiguration] is a call to the cause as much as it’s an entertainment event,” Mann says. “It’s something Kansas City has never seen before.”

Lofty talk. But Mann and Shopmaker, both trans women, have built up a sturdy reputation over the past few years as the founders of UN/TUCK, an electronic music label and collective. Along with Lorelei Kretsinger, they started UN/TUCK, in 2017, in response to their observation that queer and trans artists weren’t being regularly booked in the city. So they hooked up with Intelligent Sound, an electronic and hip-hop collective, and started doing shows at Niche, the upstairs space at the now-closed Uptown Arts Bar.

The lineup at Transfiguration will draw heavily on the community of artists that frequented those Niche shows, but it will be held at Quixotic (1616 Broadway). Local electronic music will be represented by Whorxata, Close Qrtrs, Xanna, Elijah, and Sister Zo (Shopmaker). Two headlining DJs are coming from out of town: LA-based Bored Lord( industrial beats with nostalgic, ravey vibes) and Adab of Cleveland’s queer electronic collective In Training.

It’s not all dance-oriented, though. Also slated to perform: Evil Pillows (all-trans punk band), Lava Dreams (a dream pop solo act), Lovergurl (a synth-pop trio that invites you to “come dance to dismantle the patriarchy”), The Black Creatures (sci-fi soul pop), and Calvin Arsenia (consistently awe-inspiring indie-jazz-electronic melange). Specialty cocktails concocted by Helen Proctor will be available, but so will offerings from a nonalcoholic bar spearheaded by herbalist Julissa VanGillig. The event strives to be welcoming to all— including those who choose to party sober.

Transfiguration will kick off with a drag show, “Drag Through the Decades,” hosted by House of Alter. It will showcase looks from different cultural moments in queer history.

“[The show] offers a chance to playfully reflect on a rich history,” says Alter’s Bo Hubbard. “We will be featuring early-1900s cabaret all the way to the present push of genderfuck drag. We might even get wild and pull out some 18th century decadence.” (The show will be emceed by Hubbard and Boi Boy, founders of House of Alter and throwers of wild, late-night dance parties across the city since 2017.)

Shopmaker draws a connection between the exhausting daily oppression of being a trans woman — who face a higher risk of violence than those of any other gender identity — and the need for a space to be together with others.

“It gets so tiring that it’s easier to just stay home,” she says. “There’s so many people who feel that way. For everyone who experiences that marginalization and that fear — having to make yourself small to avoid violence or discrimination or harassment — [events like Transfiguration and UN/TUCK shows] gives them power.”

After all, as Mann adds: “If you aren’t giving back to the community, what are you doing? That’s the heart of all communal art.”

Transfiguration is Friday, May 31 (doors at 8pm) and Saturday, June 1 (doors at 6pm). Ticket info and more here.