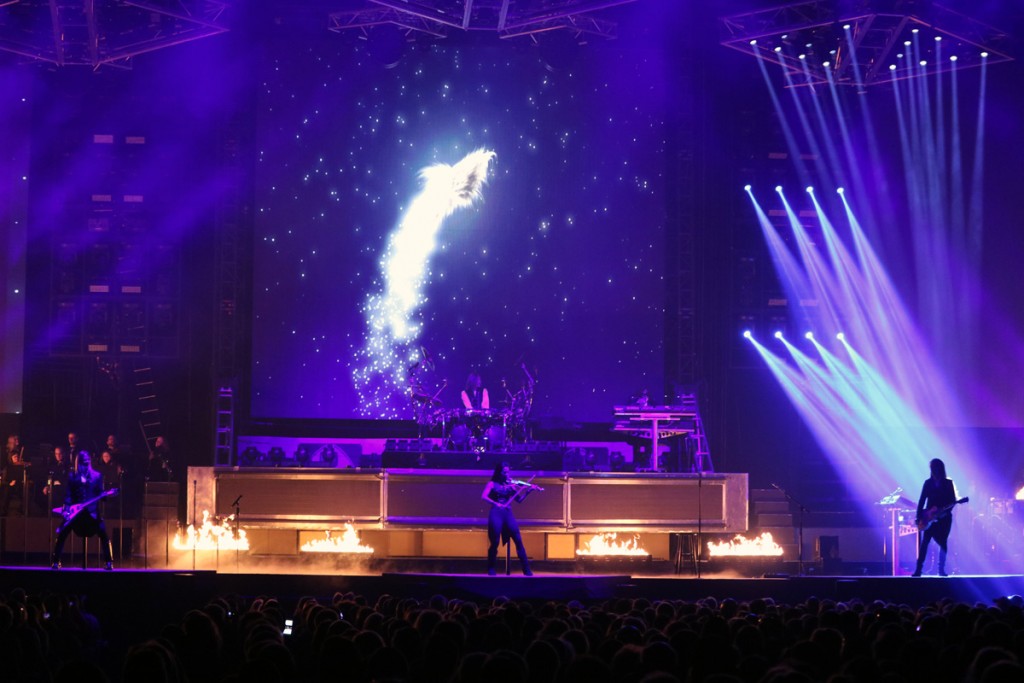 For the last 25 years, Trans-Siberian Orchestra’s Christmas Eve and Other Stories has been a perennial favorite for those who like their holiday music to be actually rocking, as opposed to the more traditional charms of “Rocking Around the Christmas Tree.” With their progressive rock edge and theatrical bombast, TSO’s music—and especially “Christmas Eve/Sarajevo 12/24”—have become holiday traditions in their own right.

As part of a round-table teleconference, I spoke with TSO’s music director and lead guitarist, Al Pitrelli, alongside longtime drummer, Jeff Plate, about their current tour and the challenges of creating a visual spectacular for instrumental music. 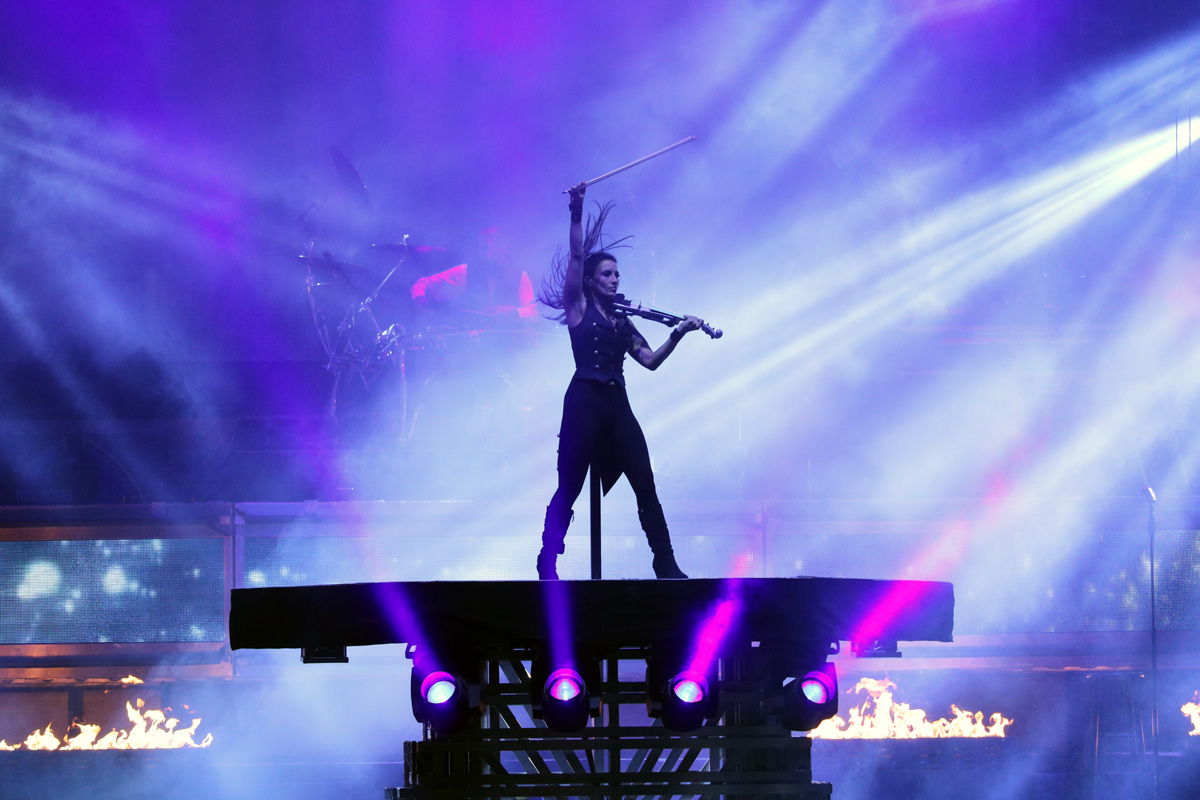 Al Pitrelli: Jeff had just mentioned in the previous conversation about how extraordinary our crew and department heads are. On stage, below the stage, behind the stage, we were all trained by Paul [O’Neill, TSO founder], and Paul’s vision was larger than life at all times.

I’ve never watched so many crew people twitch at his ideas. He’d asked for something to be done. They’re like, “Paul, it can’t be done.” He’d ask Jeff and I to do something musically. We go, “Dude. You can’t do that.” Again, he’s always right.

Go back to my favorite story about he asked one of the crew chiefs, he wanted all the lights synced up to every note, every guitar solo, every keyboard kit, every drum hit in this particular song.

They said, “No, we can’t do that.” He said, “Really?” He popped up some YouTube of some dude in Ohio with a step stool and a staple gun from Home Depot and a bunch of lights, and he programmed all those lights to “Wizards of Winter.”

When you think about that training over the years, it’s a no-brainer. The department heads, especially this year, they’ve been home in their pajamas for 18 months doodling on their computers. I can’t wait to see what they come up with this year. They are the best at what they do. Paul surrounded himself with extremely talented people who love Paul’s story, who love Paul’s vision. He made every one of us rise to the challenge. So production-wise, I have no doubt it’s always going to grow and be extraordinary.

Musically, Jeff and I are surrounded by some of the best players on God’s Earth. As a musical director, and don’t ever tell them I said this, all I got to really do is start them and stop them, they’re all awesome, and every so often sneer at them. They love this. They know what they’re responsible for. They’re all doing their homework. They’re going to show up in Omaha in a couple of weeks ready to dance. Then it’s just like, the chemistry of the band is intact, everything about it. You got a great bunch of people who have a common vision, so it makes everything that much easier. 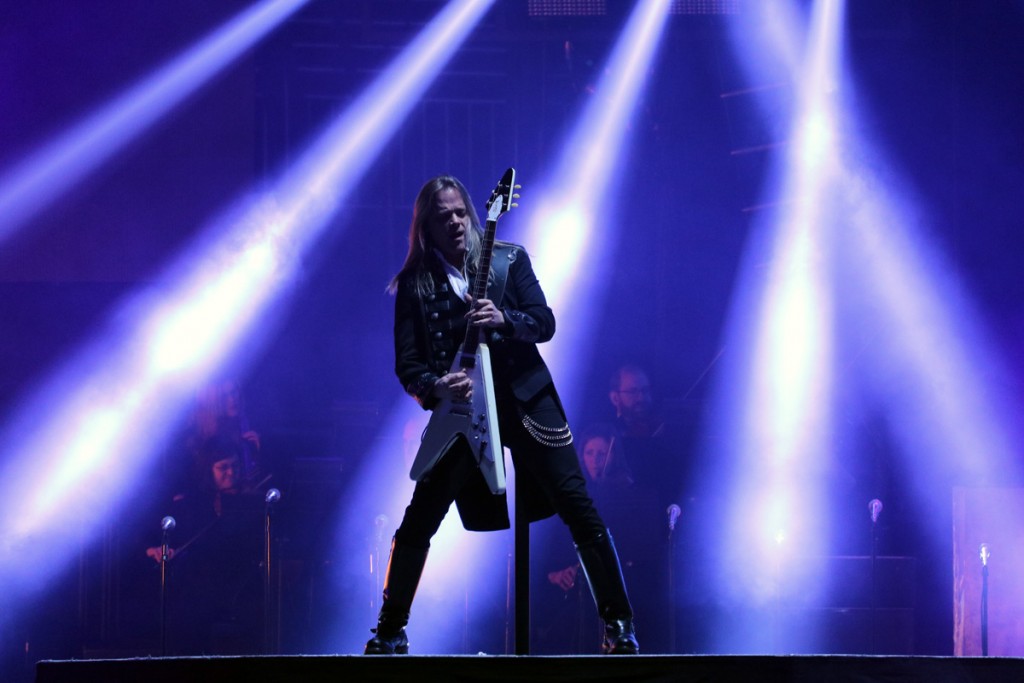 Jeff Plate: There’s always a new trick up the production’s sleeve every year, too.

Plate: These guys, this is what they live for is to bring a new toy out and try it out on the audience. I don’t know how many times I get asked, “Do you know what the show is this year?” Honestly, I don’t even know what it is until we get to rehearsal and I see them build it. Every time it’s like, “Wow. That’s just awesome.”

For me to be sitting in the middle of it every night with everything going on above me, behind me, in front of me, it just blows my mind. As Al said, these guys just do a fantastic job every year. That’s why people keep coming back. 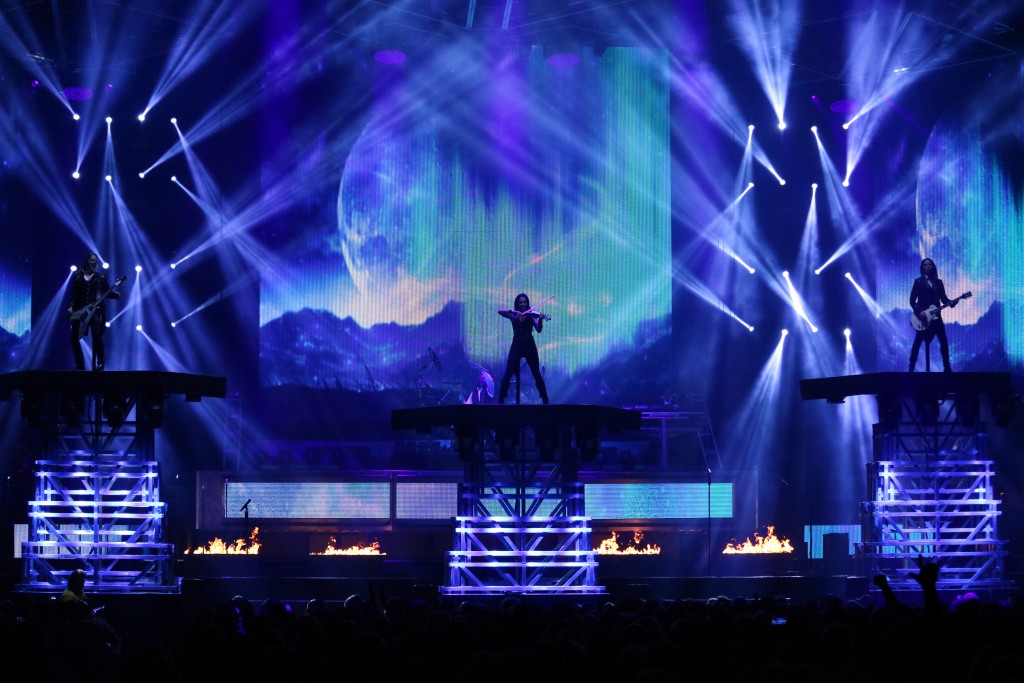 I have to imagine this is why it actually is fun for you because you show up to rehearsal and all of a sudden you’re like, “Oh, we’re going to be on platforms that rise up 40 feet in the air, and there’s going to be fire.”

Pitrelli: I’m not as enthusiastic about it as some other people, especially the 40 feet in the air part. At my age, I’d rather stay on God’s Earth. Listen, when we were kids, where I lived on Long Island, trying to sneak into Nassau Coliseum and getting chased out by the cops and security trying to meet the guys from the Allman Brothers or Skynyrd or whomever.

Now, Jeff and I walk into this arena and we both immediately turn into teenagers. Well, first of all, we’re not getting chased out by anybody, and we get to see 20, 21 tractor-trailers full of stuff laying on the floor and go, “Oh my God. This is the greatest thing ever.”

Watching that build while we’re putting the finishing touches on the show musically, the whole thing comes together over the course of a couple weeks and just this look of astonishment. I just sitting there and go, “This is so great.” Because going to see Kiss or AC/DC when I was a kid, it’s like, “Oh my God, this is awesome.”

Like Jeff just said, we’re standing down stage center or behind his drum set in the middle of this going, “Oh my God. This rules.” If you always stay a teenager in your mind and remember where you came from, it’ll always be brand new and exciting, and every year it’s the most fun. My favorite thing is to walk into the arena for the first time and go, “Yes, this rules.”

Trans-Siberian Orchestra’s tour for the 25th anniversary of Christmas Eve and Other Stories is at the T-Mobile Center for two shows on Wednesday, December 29. Details on that show here.