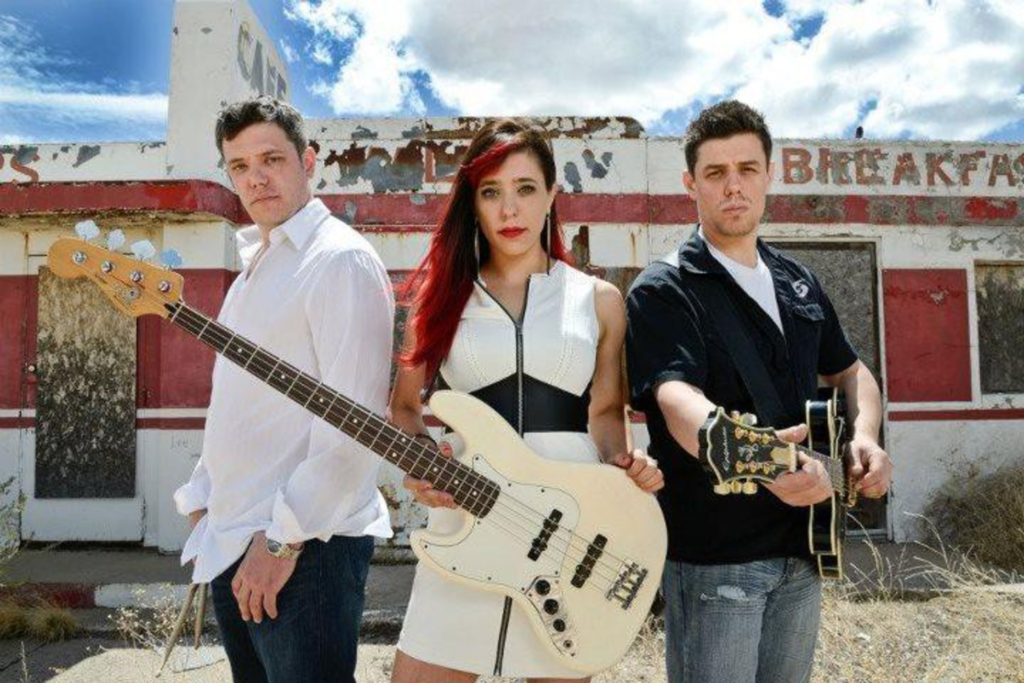 Local blues legend Trampled Under Foot might not immediately make you think of candy hearts and red roses, but when it comes to spending a night with your honey, there is probably no better band to get you in the mood for a good time. And because we hadn’t talked to the TUF crew in a while, we decided to call ’em up and catch up ahead of their Valentine’s Day gig this evening at Knuckleheads.

The Pitch: Catch me up on all the Trampled Under Foot news! I hear the band lineup is different?

Danielle Schnebelen: We just kind of went through a change in the band. We hired Mike Mike “Shinetop Jr.” [Sedovic] full time on the keys and the organ, and for the TUF fans, they already know about Mike. He’s been playing off and on with us for years, but he’s a solid member of the band now. And our brother Chris – actually he’s no longer with us on the drums, and so this will be our first big show with our new drummer, Jan Faircloth, who we’ve also known for many years. This is kind of a new facet of Trampled Under Foot. It’s quite a big show for us, and we have a lot of really great songs planned out. We make it more like an event rather than just a gig, you know?

You had Badlands come out back in July. I’m wondering – that was a major label debut for you. Where are you now? What are you working on right now?

You know, I’m ready to go back into the studio as soon as possible, but it looks like it’ll probably be fall before we do anymore recording. Right now, we’re really just touring the album. We took a little bit of time off for our families and the transition of the band the last couple of months. We’re just really looking forward to getting out there and hitting the road again. We’re ready to start the machine back up, and I’m always writing, so it’s really just a matter of time until we can get back in the studio to do another album.

Is the Knuckleheads show going to be like a super romantic V-Day gig or one for all the lonely losers out there?

Oh, neither. We’re just gonna rock the blues like we always do. It’s a reason for couples to get together, but it’s not really that big of a holiday for us. We’re always on the road, so we don’t really get to be with our sweethearts anyway. We’re just all about being happy and being together, I guess. Knuckleheads is just a really great venue, and we love playing there. And we’ll probably be doing songs more about the happier side of love than the depressing side of it.

What I think is great is that a lot of Kansas City people will come up to us at shows and say, “You know, our first date was at one of your gigs, and that was three years ago and now we’re married.” That happens to us very frequently. So I’m really hoping that we’ll experience more of that on Valentine’s Day, to hear about how people met at a TUF show at this venue. It really gives an inspirational side to the music, knowing that not only are we bringing people together to enjoy this experience and life, but that people can come together on their own and forge new relationships out of that event. So it’ll probably be more of a celebration of staying together.

It’ll be a passionate night. I don’t mean like romantically passionate, but when there’s a lot of feeling going on, we feed off of that musically. I call it a symbiotic relationship because we really feed off the crowd, and so when the crowd is really feeling energetic and positive, it just adds to our fire, too.

Do you have any favorite stories from fans?

There’s this lady – her name is Bev Hayes – and she is probably one of the coolest, most awesome fans and friends that we have. She’s really creative. She makes up these signs. They’ll either be like, “TUF Love” or just having a really positive message. She’s so creative – she makes all these signs and paints requests, whatever the occasion is. And this past New Year’s, she got this black piece of plywood and embedded lights into it, and it was really, really cool. And it just touches my heart so much that people invest that much of their emotions into our project and into our music, and so I think she sticks out, for sure.

Trampled Under Foot plays with Ben Miller Band tonight at Knuckleheads. At the time of this blog post, the show is sold-out. But if you want to make a phone call and sell the farm for a ticket, show details are here.