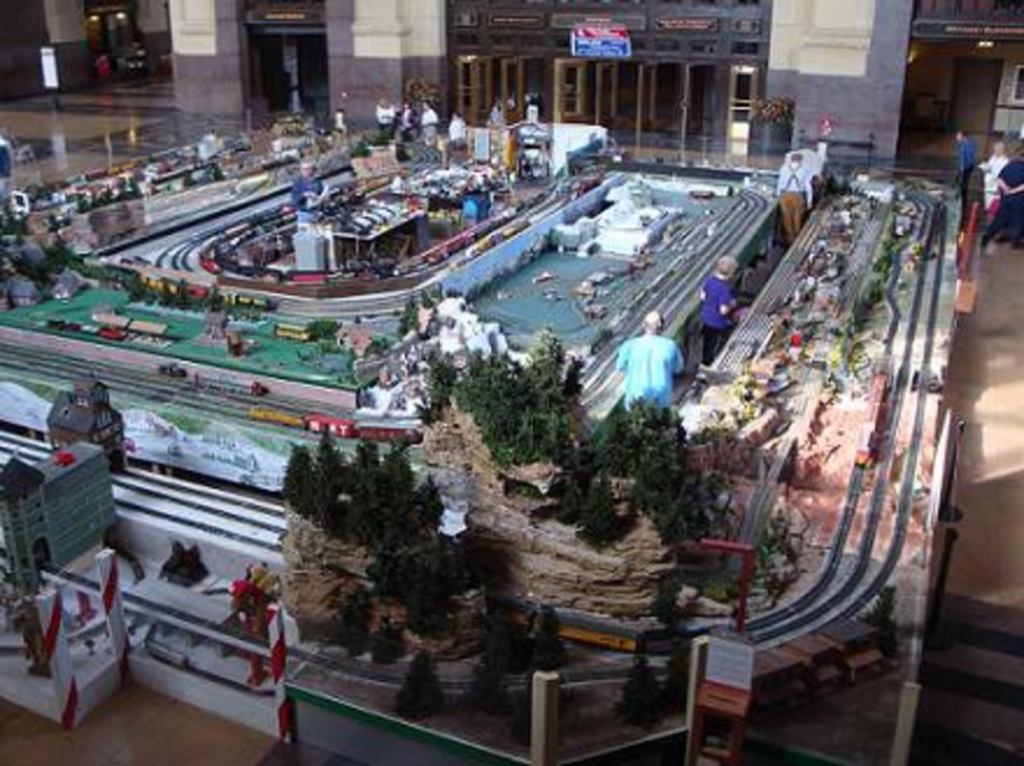 One of the best free things to do during the holidays in Kansas City is wander around Union Station. Workers there haven’t put up any decorations yet, so it’s too early to tell whether this year of financial distress means the Grand Hall will be less-decked. But one thing we can always count on is a giant train set. This one’s been up and running for awhile now …

… with an opportunity for wistful Rockwellian nostalgia at every turn. 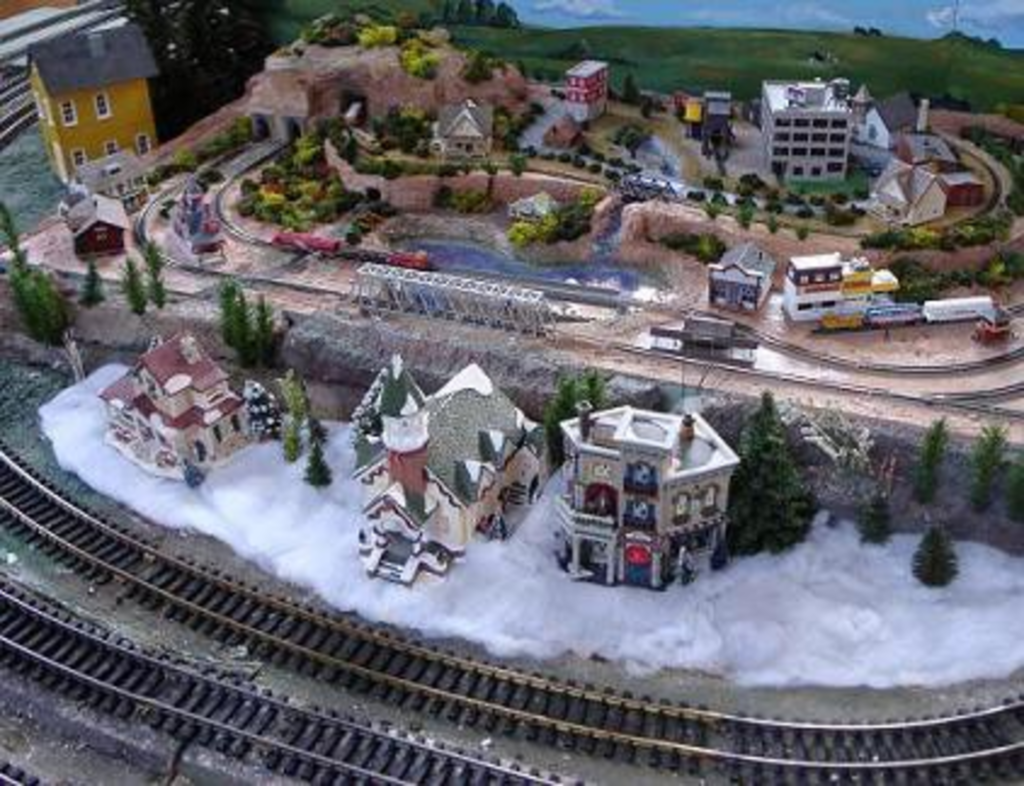 It just makes you feel all full of holiday cheer. (It can also remind you of your uncle who worked for the railroad and could never be home on Christmas Eve, but that’s another story). Look, here’s a train rumbling right through the middle of town. 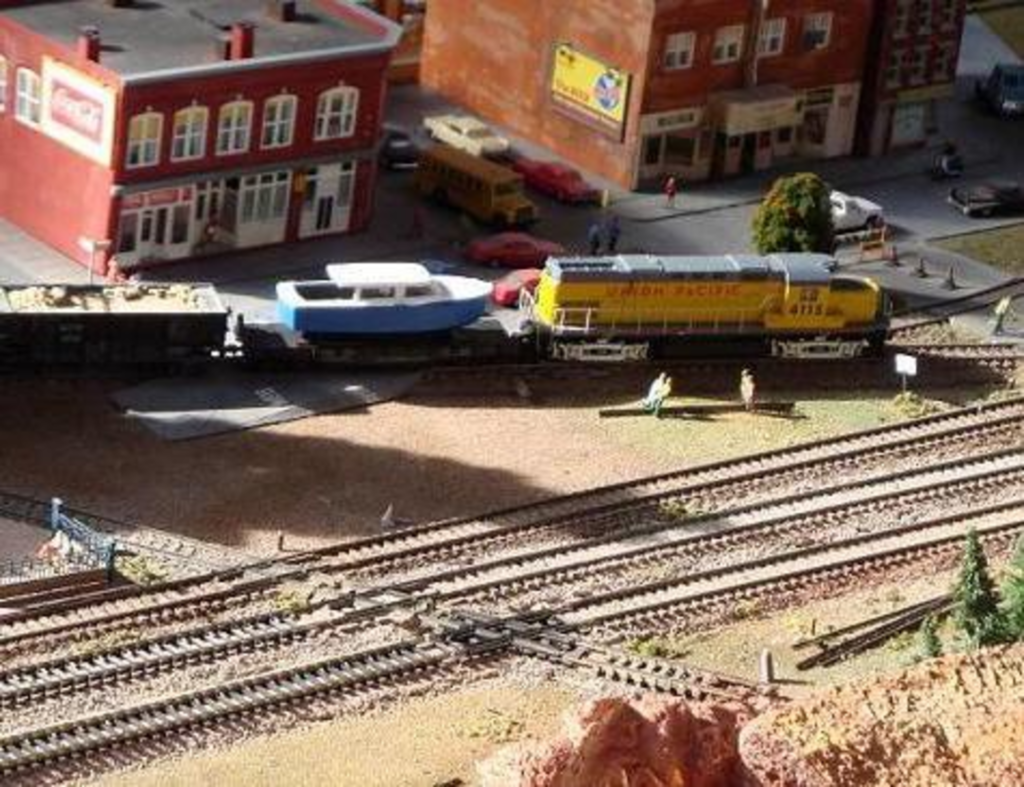 But, wait — is there some trouble? 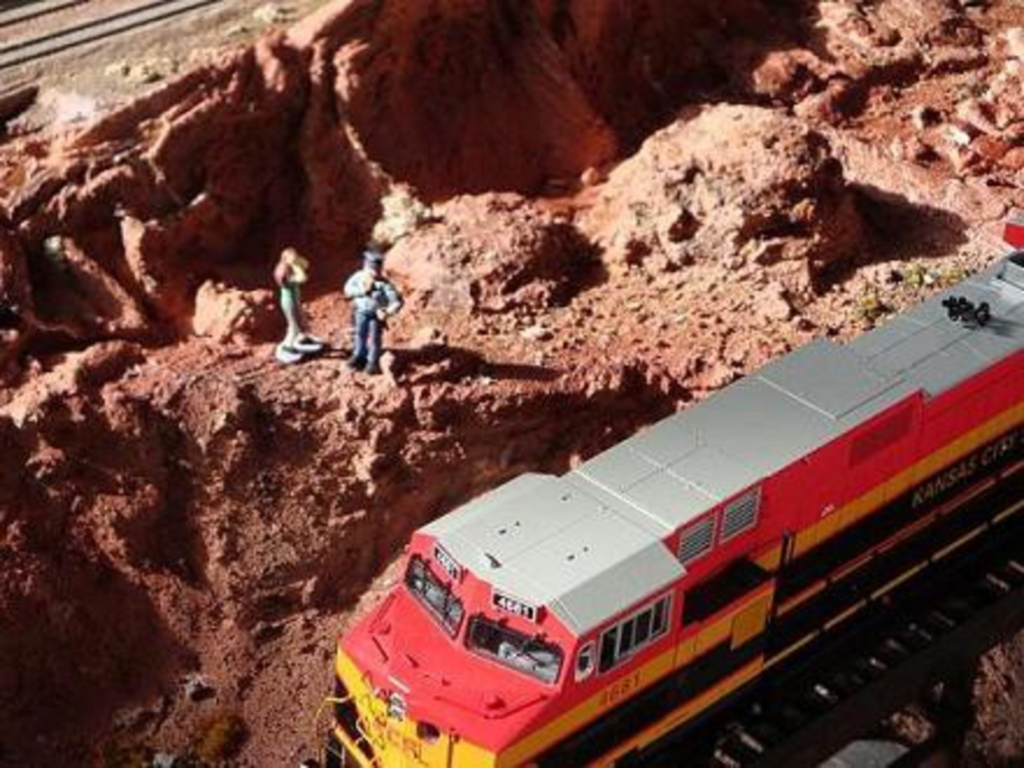 Oh my god, something really bad must have happened. This woman looks very distraught. 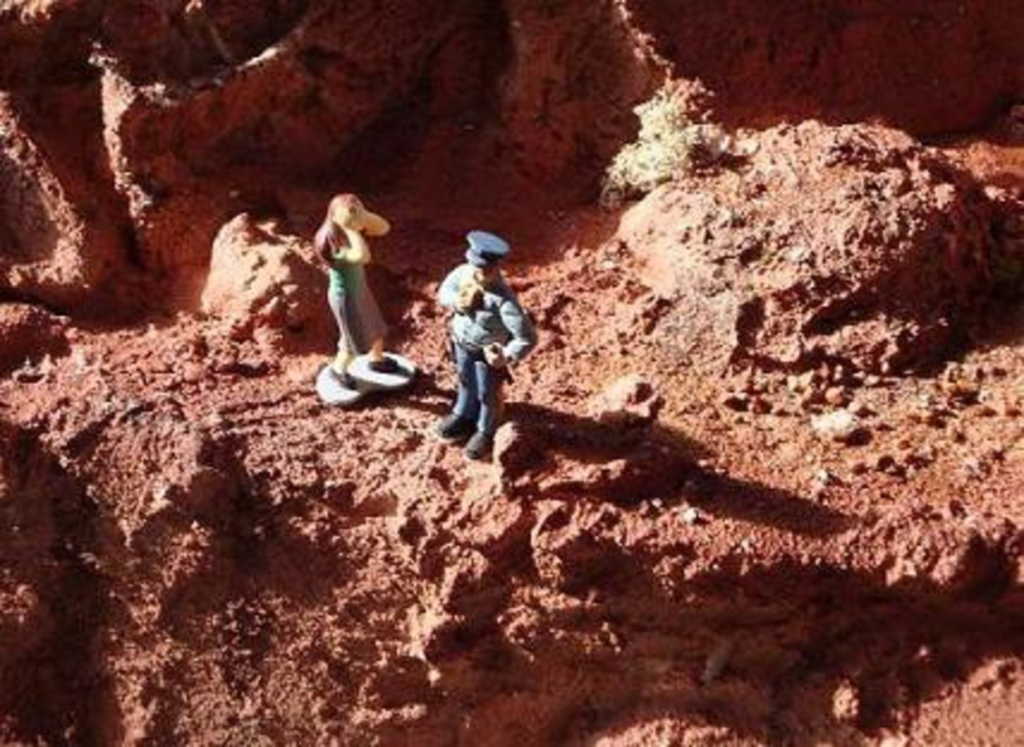 Yep, there he is. A backpacker down in the ravine. 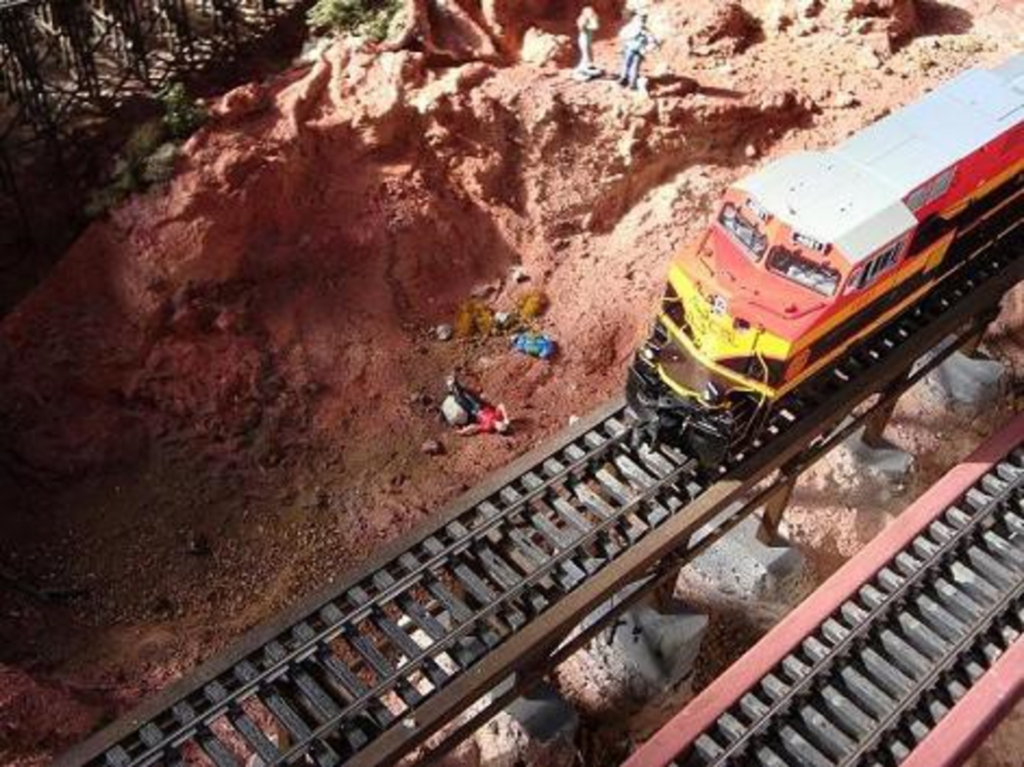 Hard to know whether he’s even still alive. But at the very least, it looks like he’s broken his arm. 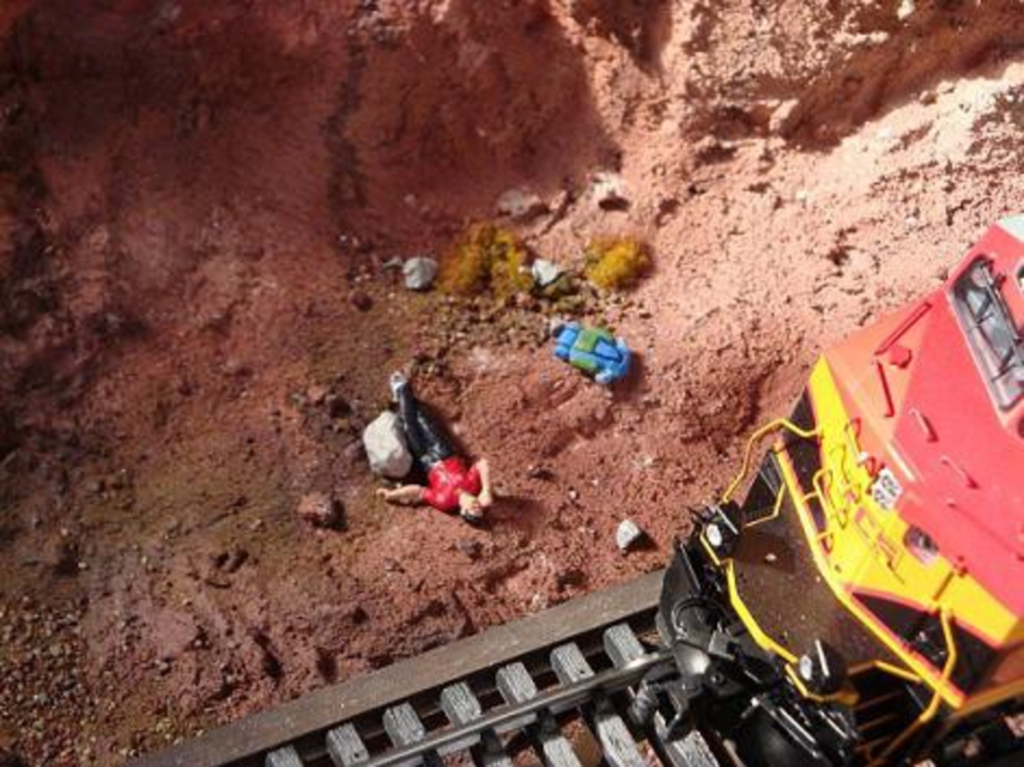 All of which gives us new appreciation for model-train enthusiasts, who aren’t afraid to depict life’s harsh realities while simultaneously suggesting metaphors for Union Station and, oh why the hell not, all of America this holiday season.