Train to Busan pulls into Screenland Armour’s Panic Fest, Schitt’s Creek is worth a damn, and The Witness pipes up 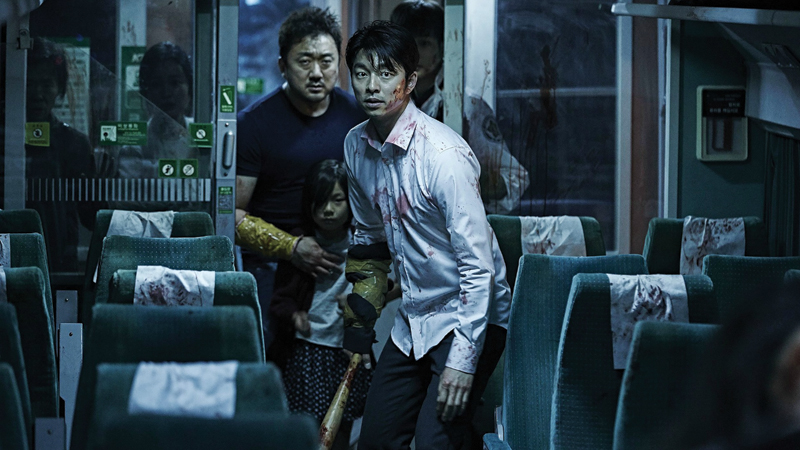 One of the most acclaimed documentaries of 2016 is now available to stream on Netflix. The Witness is a fascinating film that functions as both a personal journey and a re-examination of the facts surrounding a very famous murder: the 1964 slaying of Queens, New York, resident Kitty Genovese.

At the time, the killing was held up as an example of big-city indifference: It happened on a public street, and people heard her scream for help. Her younger brother re-creates the night’s timeline, disputes a famous New York Times article and remembers the multifaceted life his sister lived.

Panic Fest 2017 kicks off tonight with three days of horror and suspense at Screenland Armour. I’m particularly excited about the 7:45 p.m. premiere of the long-gestating Arbor Demon (formerly titled Enclosure), directed by KC filmmaker Patrick Rea and co-written with local actress and KSHB Channel 41 personality Michelle Davidson. It stars Fiona Dourif and Kevin Ryan as a married couple who fear for their lives on a camping trip, and it was shot in South Carolina’s Lowcountry region. A possibly dangerous visitor (played by Jake Busey) is taken in by the couple, secrets about their relationship are revealed, and — oh, yeah — there’s some kind of supernatural creature lurking in the woods.

The hugely popular Last Podcast on the Left, which tackles supernatural myths and stories, is taping live at Panic Fest at 7 and 9:30 tonight, but if you don’t have tickets already, you’re probably out of luck. Console yourself with a 3:15 screening of the 2016 South Korean zombie apocalypse thriller Train to Busan. It’s probably the best-reviewed straight-up zombie flick since 28 Days Later, which means you should see it now, on the big screen, before the inevitable English-language remake happens. As Panic Fest continues at Screenland Armour today, you may also want to consider buzzy movies Get the Girl at 7:30 and The Void at 9:45.

The Girl With All the Gifts stars Glenn Close, who is admittedly not the first person you think of when it comes to horror. If that’s any indication of this British production’s fresh approach to the zombie-virus subgenre, that’s a good sign. The screenplay was written in tandem with the novel by author M.R. Carey and it pares the book’s more expansive story down to one particular struggle, that of an exceptionally smart young girl who has been infected and craves human flesh but can also think and feel. The film got good notices in the U.K. last year, and it’s showing at 2:45 this afternoon at Panic Fest.

You heard about this movie last year. You skimmed a headline. You overheard someone talking about it, saying it was weird. You thought it sounded stupid. No way were you going to spend 10 bucks to see it in the theater. I mean, Paul Dano always does interesting work, and Daniel Radcliffe keeps getting better in every movie he’s in, but seriously? This? The farting-corpse movie? Nope, not paying to see that. Well, now you don’t have to, if you’re an Amazon Prime customer. Swiss Army Man (yes, the farting-corpse movie, but also one of the funniest, freshest and most moving films of last year) is now available to stream on that service. You have no more excuses.

Quietly flying under the radar for two seasons now, the Canadian half-hour comedy Schitt’s Creek is midway through its third season on the Pop TV network. I recently discovered and have been bingeing this charming little show. It was created by Eugene Levy and his son Daniel, who also writes and directs every now and then. The elder Levy and Catherine O’Hara play a rich married couple who lose everything and move to a small town with their spoiled adult children. The premise is standard fish-out-of-water stuff, but the show expertly walks the line between broad comedy and pathos, portraying them as rich snobs for sure, but not without a thread of human decency. Stream the first two seasons on Amazon Prime, and catch up with the new season on demand on Pop.

As a work of art, the new documentary Sad Vacation: The Last Days of Sid and Nancy isn’t exactly groundbreaking. It’s a standard, interview-heavy “investigation” featuring a lot of hearsay and little actual physical evidence. New on DVD now, the movie asks questions and tries to piece together the days leading up to the death (murder? suicide?) of Sex Pistols bassist Sid Vicious’ 20-year-old girlfriend, Nancy Spungen, in a Hotel Chelsea room in 1978. If you’re a Pistols fan or a lover of Alex Cox’s superb 1986 drama, Sid and Nancy, it’s worth watching just to hear the perspectives of the friends and hangers-on who pop up here. Their recollections paint a pretty vivid picture of a moment when true rock rebellion was rare, and two hopelessly drug-addicted lovers rode that spirit into oblivion.