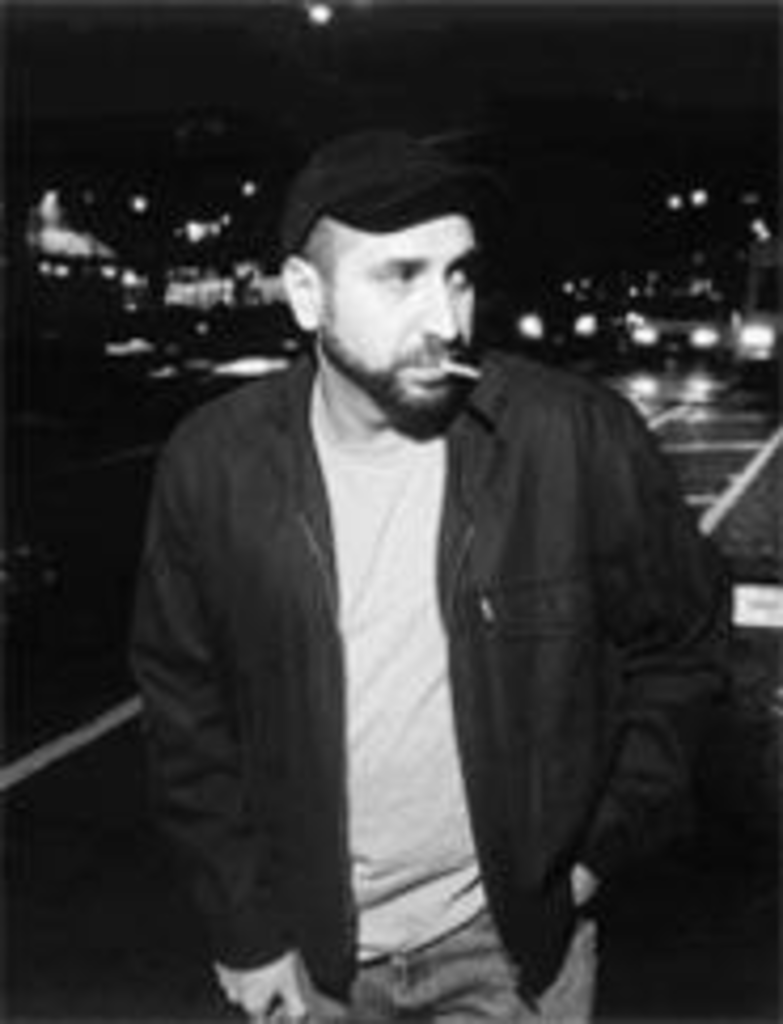 Dave Attell is hung over.

The comedian and host of the bleary-eyed cable-TV bacchanal Insomniac is nursing a wrecking-ball hangover on a day off from his stand-up tour. His hair-of-the-dog cure, other than talking to the Pitch, is quite simple.

“I’d typically say drink more,” Attell says. “But what works best for me is a nice, greasy cheeseburger.”

He should know. Saint Attell is the patron of portly, unshaven problem drinkers everywhere, an inspiration to legions of balding, Buddha-bellied barflies hoping to score after last call using a little ribald humor and a lot of liquid courage. But Attell quickly shoots down the notion that, during his sordid safaris into the jungles of the American bar scene, he gets more tail than a taxidermist.

“Zero to none,” Attell says. “Most women I meet are in bars, so they’re usually there with their boyfriends or — as I found out last night — with their husbands.”

Unfortunately, his sex appeal isn’t aided even by free shots. Attell is a man of the people who insists on paying for his own drinks while buying everyone else a round — no small chivalry when you keep a drinking schedule like Attell’s, both on and off the clock. Consider it an occupational hazard. “I’d say rock stars definitely party harder,” he says. “But while we [comedians] may not have the drugs and chicks, we abuse the hell out of whatever we got.”

The guy isn’t completely without a moral compass, however. In Attell’s world, friends don’t let friends drive drunk, even if that friend is dangling his Prince Albert in your face. (Anyone else catch that episode?) “We kind of cornball up the drinking-and-driving thing on the show,” Attell says. “I’ve done a lot of horrible things in bars, but I don’t want to wake up upside down in a ditch or kill someone. There is no cheeseburger for that.”

He needn’t worry about that on his current bus tour, the biggest perk of which, he says, is not surrendering his lighter at the airport. Whereas he had other talent from Comedy Central buttressing the bill on previous stand-up excursions, now it’s his name alone on the marquee. That headlining slot — along with a sitcom pilot Attell has shot for Fox — is a sign of his efforts to expand beyond Insomniac, which put Attell’s name in lights … even if they were the blurry neon lights of some bar in Anchorage or Boise. We don’t doubt that Idaho is bumping, but we wonder what city Attell would want to be stuck in for his own Insomniac version of Groundhog Day.

“I guess someplace that’s crazy all the time,” Attell says. “Like New Orleans or Vegas or Prague.”

Um, we think you forgot one, Dave. A certain City of Fountains with streets saturated in barbecue sauce? The first “off-the-map” city Insomniac visited four years ago? The kind of all-American locale you say the show is all about?

“I’ve put my stamp on Kansas City many times,” Attell says. “It’s a wild, wild town. They have that cool Westport area. And they know how to party. I always come out of there feeling like I need to go into rehab.”

Thanks, man. Next drink is on us.