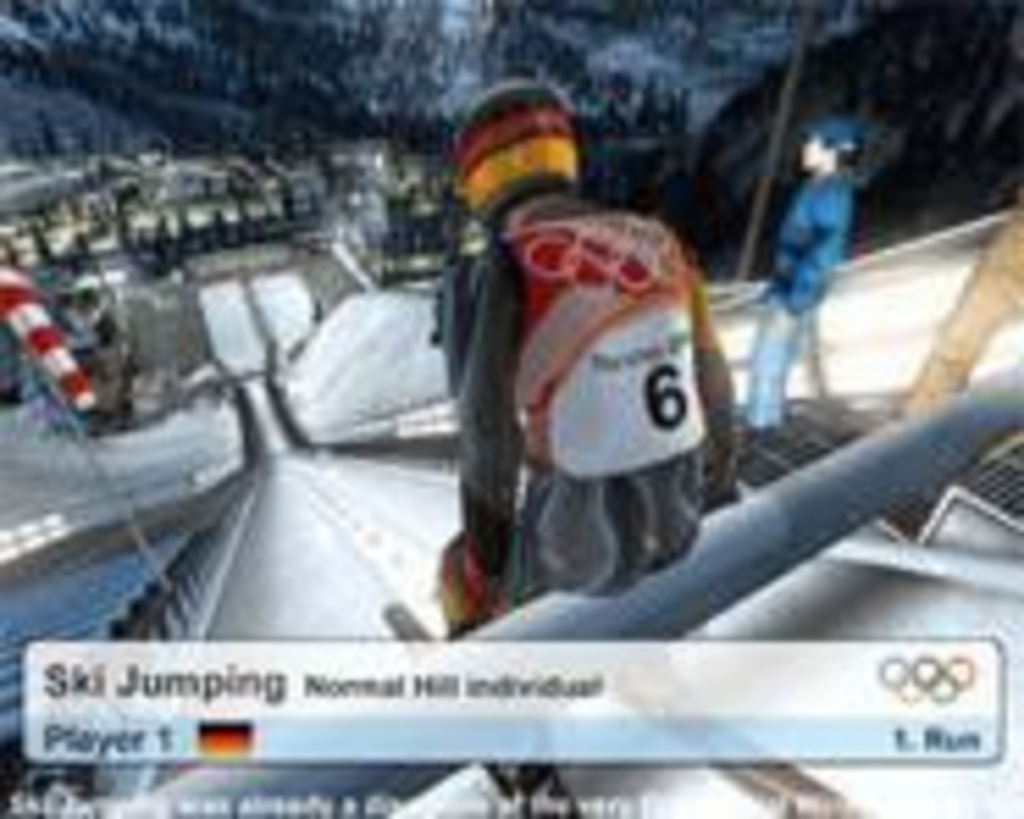 Ah, the Winter Olympics. The nip of drama in the Alpine air. The purity of amateur competition. Swedish women in full-body spandex.

These are all things we enjoy about the winter games. Now for some things we don’t: losing to Canada in hockey, male figure skaters in blouses, and of course, really bad videogames.

Torino 2006, from 2K Sports, the officially licensed game of this year’s Winter Olympics, follows the dubious standard set by its Salt Lake City and Nagano predecessors. In short, it’s a spectacular wipeout.

The game forces you to ski, skate, and sled through 15 dreary events in several meat-and-potatoes sports from the winter competition: Alpine skiing, the biathlon, and the luge, to name a few. There’s also the Nordic combined, which sounds like something kinky you might do with the Olsen twins. Alas, no. It’s simply cross-country skiing and ski-jumping mashed together.

The game’s controls amount to little more than robotically pushing a button in sync with an icon on the screen. If you’re lucky, you might get to steer a little. That’s it. Forget becoming the next Bonnie Blair. You’re better off pretending to be Bode Miller, since playing the game wasted is the only way to make it less painful. Too bad there’s no piss test for boredom.

More than two decades ago, on the underpowered Atari, game designers somehow found a way to make the Olympics fun. It was called Track and Field, and though no one knew it at the time, it set the bar so high that no game maker has matched it since. The concept was spectacularly simple: Pit players against each other in thumb-breaking head-to-head action. Trash-talking was half the fun.

Since then, it’s been a slippery slope to crap city, especially for winter games. Torino 2006 is no exception. In fact, it may be the worst of its ilk — frosty, hollow, and completely devoid of the kind of passion that compels someone who’s never strapped on ski boots to watch the super-G, let alone pick up a game controller.

You won’t find any colorful personalities here. No Picabo Streets or Tomba la Bombas. No international rivalries to get the competitive juices flowing. Nothing, really, that makes the Olympics the Olympics.

Instead, you race the clock. Alone. Silent. You win or lose to opponents named “Computer” while trying to ignore the insipid commentary. When you shatter a world record, your name is perfunctorily entered in the books, and it’s on to the next event.

Why game designers choose to focus on such anemic winter sports as cross-country skiing and the biathlon is also a mystery. Even aside from hockey and snowboarding — both of which have already carved out their own niche games — several Olympic sports seem better suited for inclusion. Take freestyle skiing, a high-flying, creative affair in which athletes are awarded points for aerial tricks or bouncing over moguls. Or short-track skating, with its high speeds, sharp elbows, and scrappy opponents. Even curling would be more fun. Seriously.

Yet Torino 2006 doesn’t even try to break new ice. The most memorable moment in this flavorless snowball is when you crash off the giant, 25-story ski jump. The impact makes a sound like a gun blast, your body crumples, and you slide on your face for several hard European meters while spectators groan.

Compared to how badly this game flops, that’s a perfect landing.