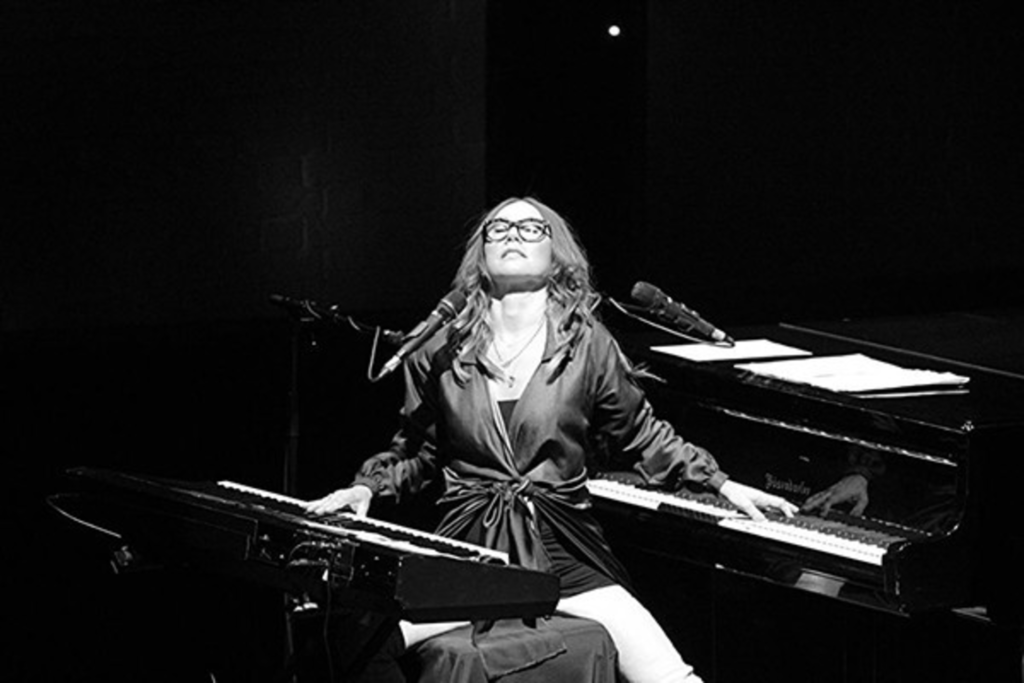 After 14 studio albums and more than two decades in the business, Tori Amos can do whatever the hell she wants onstage. And if that means appearing solo (without her backing band for the first time in years) and largely disregarding the material from her latest full-length, Unrepentant Geraldines (which Amos is presumably touring in support of), well, so be it.

Last night at the Midland, Amos delivered a 20-song set that featured minor cuts from all over her expansive catalog – a move that undoubtedly thrilled fans that have been with the singer-pianist since her breakthrough 1992 album Little Earthquakes. For the less informed listener, some of the more obscure cuts might have been swapped out; then again, it is Tori’s party, and she’ll make you cry whatever way she wants to.

The 50-year-old artist looked far from her age as she walked out on stage in a dark navy wrap dress and tight cream-colored leggings and heels, beaming and waving demurely at the crowd before she took a seat between a grand piano and an electric keyboard. Her trademark red hair cascaded luxuriously around her face, and she would toss it now and again with a dramatic flair.

%{[ data-embed-type=”image” data-embed-id=”57150c0789121ca96b956f15″ data-embed-element=”aside” ]}%
If anyone was wondering how one woman and a couple sets of keys were going to keep a packed audience engaged for an hour and a half, Amos answered that by her second song, “Caught a Lite Sneeze.” It was then we realized the utilitarian purpose of her wrap dress (robe?), as she swiveled her left leg around, effectively straddling the piano bench and playing both pianos simultaneously. This move elicited wild cheering from the audience, and the positioning of Amos’ legs continued to be a visual focal point throughout the evening. (Lyrics like Boys on my right side, Boys on my left side, Boys in the middle took on a whole new meaning as Amos gyrated ever-so-slightly against the bench.)

Among the things that were not focal points: Stage banter. As much as this tour has been hailed as a “return to the ‘90s” for Amos, the enthusiastic crowd heard very little from the singer between songs – not like the Amos of the past, who would have sparked at the audience exchange. Perhaps this was owed to the tight schedule that Amos seemed to be on, as she blasted from one song into the next; the show’s format was so intimate, though, that it would have been nice to feel like we were bonding with the singer instead of just letting her resurrect and tear out the souls of our tortured 15-year-old selves. 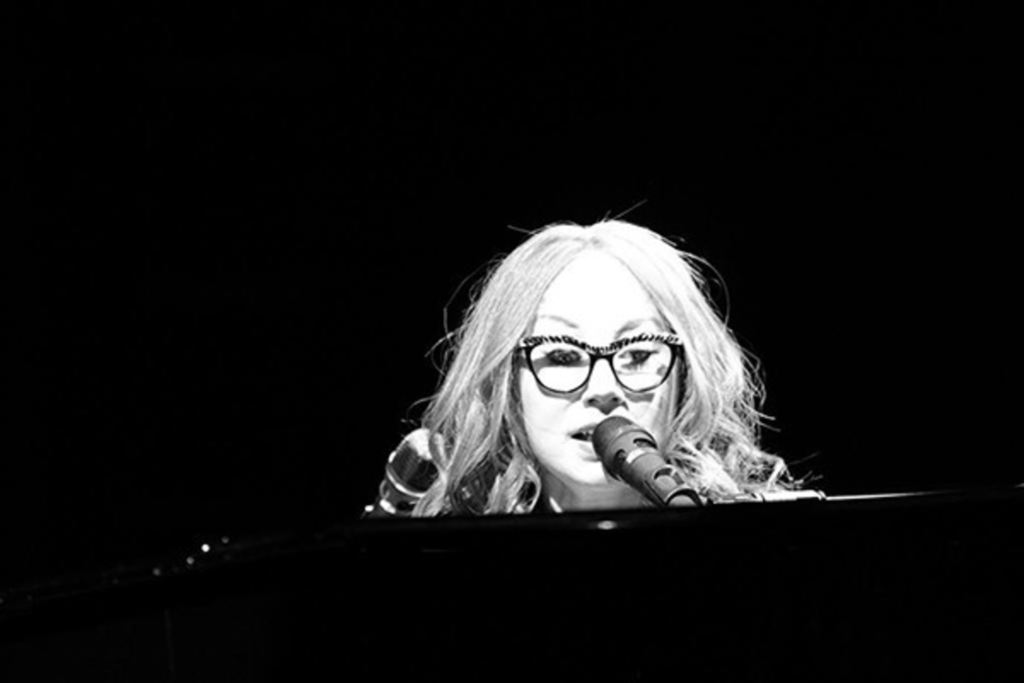 There was one cute moment, at the beginning of “Here In My Head,” when Amos suffered a false start and immediately subbed in some comedic lyrics to make up for it. These things happen sometimes, try as you may, these things happen sometimes, she sang dramatically, But it won’t happen again, not tonight. These made-up lyrics sounded as fitting as any belonging in one of her songs, and crowd laughed gratefully, perhaps relieved by the brief respite from the heavy emotions Amos favors. This didn’t last long, though.

There were two cover songs of the evening: Elton John’s “Goodbye Yellow Brick Road” and Judy Garland’s “Over the Rainbow,” obviously chosen in honor of this particular stop on Amos’ tour (and perhaps in honor of the 75th Anniversary of the Wizard of Oz). These two covers were enthralling, perhaps more so than almost any other song Amos performed last night (aside from, maybe, “Little Earthquakes” and the essential “Cornflake Girl”). 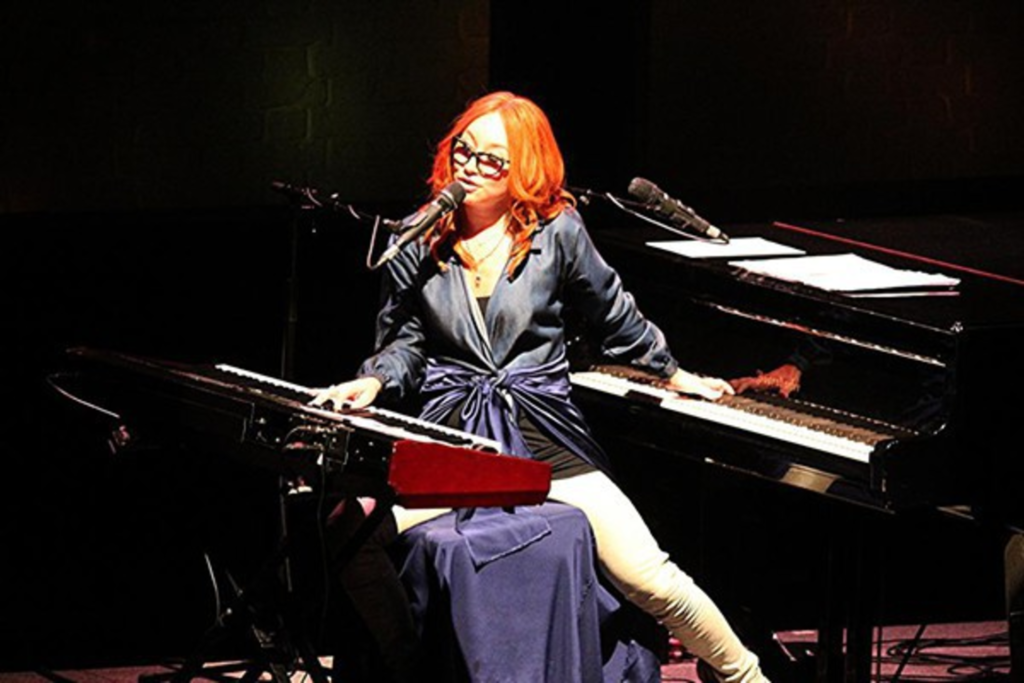 Amos’ voice is in impeccable shape, all the quirks still marvelously intact. She can roll it out in a scratching purr – which she did for the Elton cover – or slice through wind with piercing theatrical trills, as on Garland’s classic. And it was with Amos’ take on “Over the Rainbow” that her true power as an artist was really felt, as she managed to transform a song with a positive message about hope into a chilling song with twisted, ironic lyrics, void of any optimism. (Thanks, Tori.)

Amos made the audience wait only briefly for her four-song encore, which featured “Wedding” – one of last night’s two Geraldines tracks – and ended with “1000 Oceans.” Amos slid away from her piano and approached the edge of the stage, smiling enthusiastically. She grasped some fans’ hands before using both of her own to wave goodbye to an audience that seemed willing to follow her on to the next town. 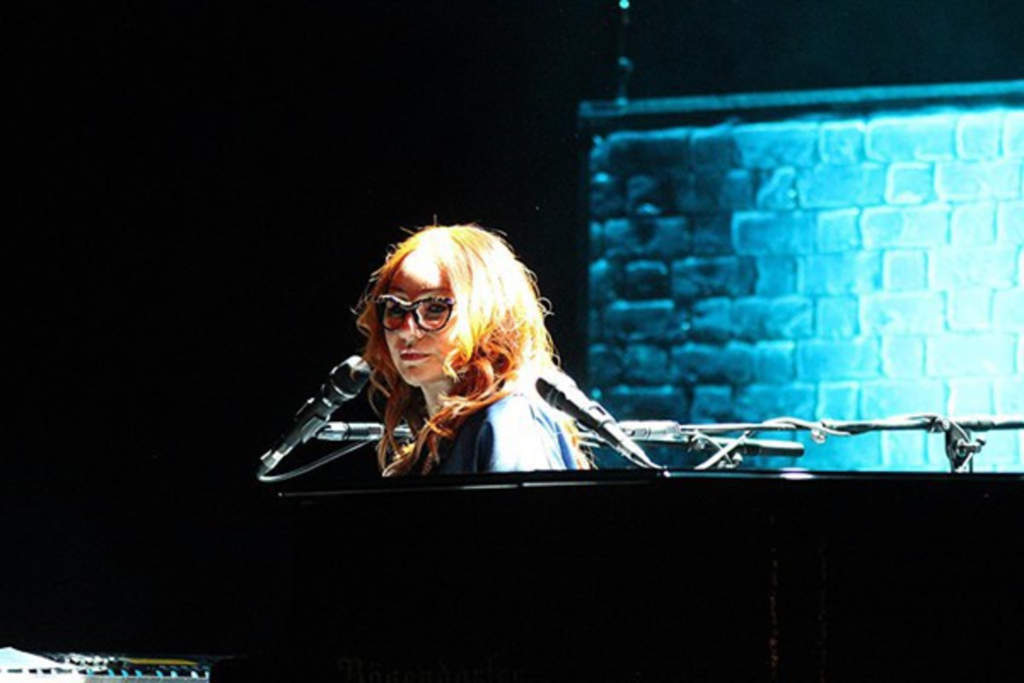