Top economists call on Gov. Parson to “shut down, start over” to contain COVID-19 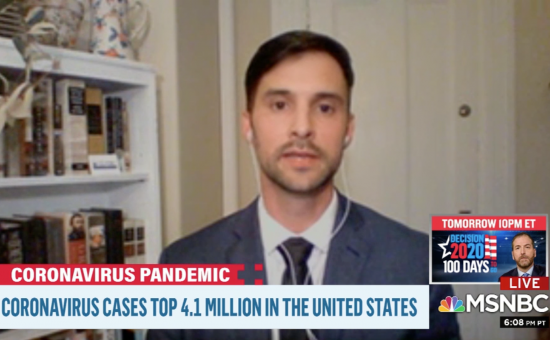 Twenty-two top economists from 17 leading universities and colleges released a letter on Thursday, urging Missouri Governor Mike Parson to “shut down, start over, and do it right” to contain COVID-19.

The letter serves as a companion piece to the original letter endorsed by almost 1,400 healthcare professionals. It shares the same message of premature openings endanger the community.

Missouri ranks fifth in new cases per day and they want Parson to take bold actions now to save lives.

“As experts on economic theory and practice, we have come together to insist that you reconsider your understanding of the economic reality we face,” the letter says. “By opening the economy and thus encouraging people to meet up at bars, gyms, restaurants, stores, and other gatherings, we are prolonging the harm. Those meetings drive up disease, and therefore deaths.”

The letter adds that the reasonable fear that results from rampant serious illness and sudden death is a potent economic factor that will keep people’s economic lives on hold for a very long time.

A press release states that the letter aligns with arguments made by the presidents of the Federal Reserve Banks of Minneapolis and Boston, Neel Kashkari and Eric Rosengren.

It also lines up with former Federal Reserve Bank Chairs Janet Yellen and Ben Bernanke, who testified before Congress last month that “controlling the spread of the virus must be the first priority for restoring more-normal levels of economic activity—but, more importantly, for saving possibly tens of thousands of lives.”

The economists call on Governor Parson and federal leaders to do the following: