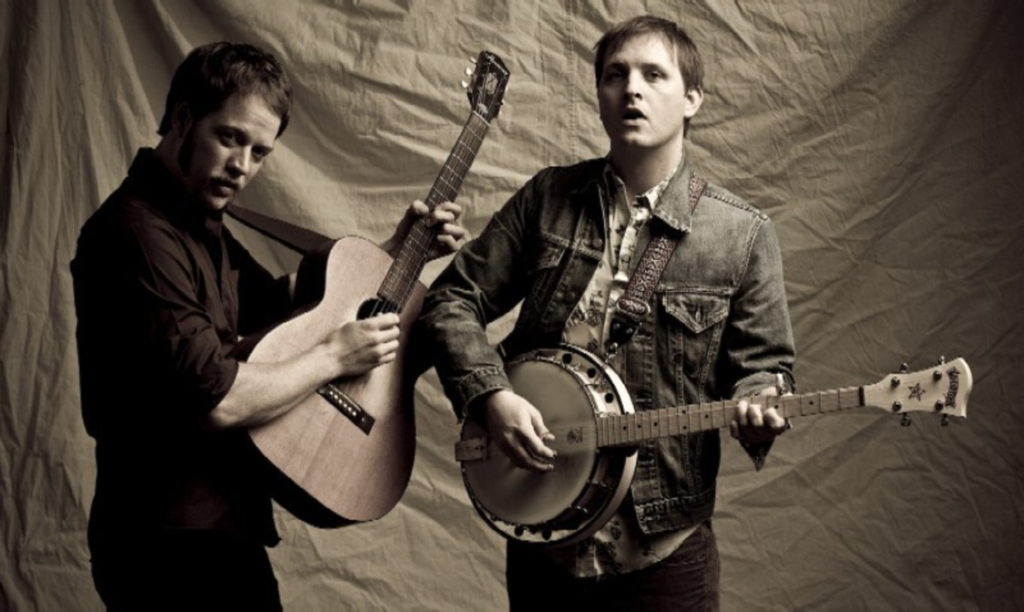 If you’re not feeling all that Mardi Gras craziness tonight and want something more down home, head to the Record Bar for modern acoustic ramblers the O’s. Comprising two guys, a guitar, a banjo and a bass drum the Dallas duo comes to KC with critical acclaim (The Alternative Press named the O’s one of 100 bands know in ’09) for its stripped, mellow sound.

Members Taylor Young (above, left) and John Pedigo (above, the other left) have their roots in the Dallas ’90s psych-rock scene, where they came up playing alongside bands like Tripping Daisy and the Polyphonic Spree, but the O’s’ gentle, catchy folk is quite a departure from that noise. I would know — back in college, my band opened for one of Young’s previous groups, Hi-Fi Drowning, and live, those guys’d make BRMC look like Air Supply. In local terms, Young switching to folk would be like Allen Epley joining Drakkar Sauna. Anyway, check out a couple of the songs from the O’s debut, We Are the O’s, out now on Idol Records. If you like it, drop by the RB tonight around tennish.