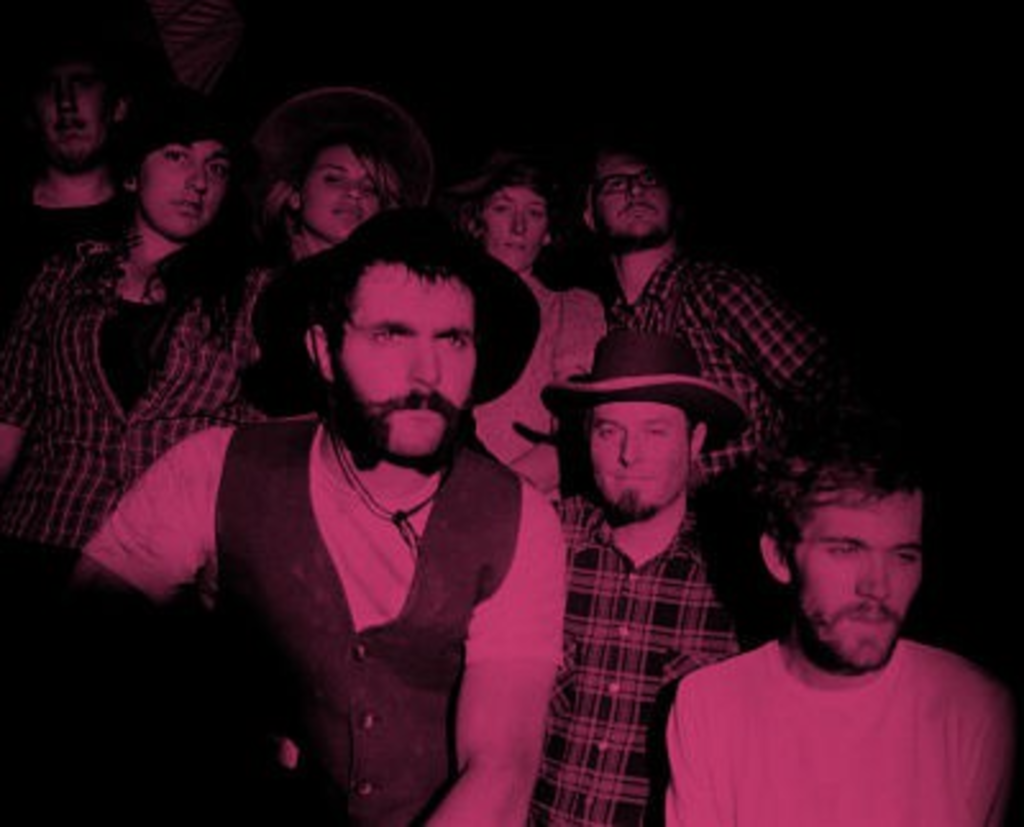 Though Ad Astra Per Aspera is on hiatus while a couple of members weather in New York, guitarists Mike Tuley and Brooke Hunt have turned up the gas on their side project, Ad Astra Arkestra, which plays tonight at the Jackpot with Thee Oh Sees, the Fresh and Onlys and Bandit Teeth.

In addition to Tuley and Hunt, the Arkestra’s eight-member lineup includes two of every punk species, bringing together members of bands such as the Grisly Hand, Tanka Ray, Paper Airplanes, Muscle Worship, Hairy Belafonte and others. Tuley tells us the group has committed a few live songs two-track and has pressed up 100 CDs and cassettes for tonight’s show. They’ll include this free joint, Arkestra’s chopped-and-screwed version of the Ad Astra Per Aspera song “Danger Bird Blues.” Thanks for sharing, Mike!

Arkestra plans to release an EP or 7-inch proper in the coming months, and judging by this live footage taken last week, the Arkestra presents a fascinating entrée in its own right.

As for AAPA, Tuley says the band is planning a Jackpot show in December and is in talks about a new album.