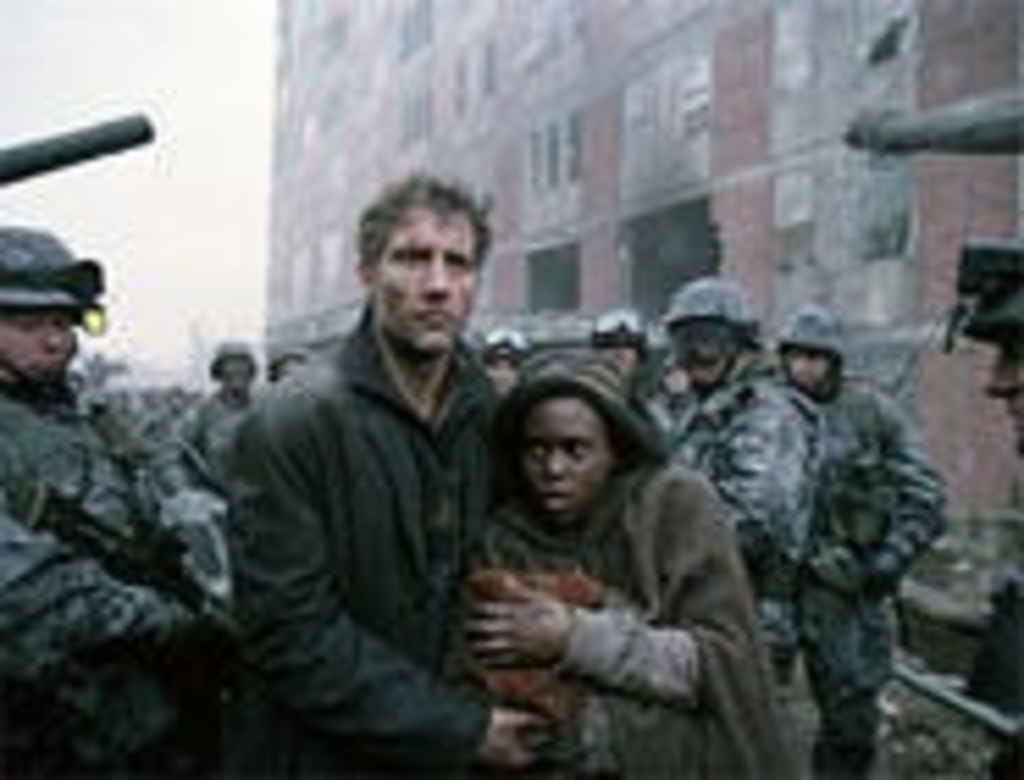 Set in a tomorrow that looks like yesterday, Alfonso Cuarón’s wrenching adaptation of P.D. James’ novel feels more like documentary than fiction. In the movie’s world, women have gone barren, and immigrants are tossed into prison camps; it’s the proverbial nightmare to which we might actually wake up sooner than later. Starring Clive Owen as the accidental, unwilling hero, this is grim, gritty stuff — a cautionary thriller that’s as downbeat as it is uptempo; you’re always expecting the worst, and seldom does Cuarón disappoint, even as he suggests the glint of hope in a world gone to hell. The extras live up to the movie: A thoughtful doc features activists, historians, and philosophers ruminating on utopian theories, the dangers of globalization, and “ultimate reality.” Heady shit, but worth the time. There’s also a dissection of the single-take action sequences that give the film a real-time vibe. Film students, take note. — Robert Wilonsky

Alan Conway was a British homosexual con man who impersonated Stanley Kubrick for sex and money. That’s kind of interesting, right? It is, for maybe 20 minutes, but this movie is too formless and unambitious to be worth the full 90. That’s a shame, because John Malkovich relishes the role of conniving Conway — and Malkovich rarely has this much fun without the audience joining him. After the ninth or tenth time Conway drunkenly hoodwinks a rube, you’ve seen enough, but the damn thing keeps on going. Kubrick‘s not without laughs (use of grand classical music from Kubrick’s films to underscore Conway’s pathos is a funny touch), but there’s no plot and no question to be answered. Why pretend to be Stanley Kubrick? Well, why not? — Jordan Harper

The problem that plagues Tony Soprano and the other anti-heroes of television is the lack of a “good guy” who can stand up to them. FX’s gritty cop drama The Shield also struggled with this during its first four seasons: Michael Chiklis’ portrayal of Vic Mackey as an LAPD detective was simply too powerful. But by season five, the producers brought in Forest Whitaker to fuck shit up. Whitaker, who filmed this just after his Oscar-winning turn as Idi Amin, plays an Internal Affairs agent who stalks Mackey with fiendish intensity. The Shield‘s always been a great (if tawdry) show, but here it moves into the realm of masterpiece — especially in its heart-wrenching finale. Don’t start watching the series with season five — you’d be lost in minutes. But this is why God invented Netflix. — Jordan Harper

Movies about heroin addicts tend to be pretty cinematic — which is amazing, since most of the time, you’re just watching people sitting around on their asses. Sure, there are some good movies about shooting heroin, like Trainspotting and The Man With the Golden Arm; in fact, why don’t you go watch one of those? It’s not that nothing happens in this one — it’s that there’s nothing going on you haven’t seen before. Heath Ledger continues to be a better actor than his cheekbones require him to be, and Abbie Cornish is lovely as his smack-befuddled love. But it’s the same old movie: They shoot up, argue, shoot up, commit crimes, shoot up, get naked. Come to think of it, those last parts, while not any more original, are strangely compelling. — Jordan Harper