Tom Russell discusses his art, his music and why he doesn’t sing about politics 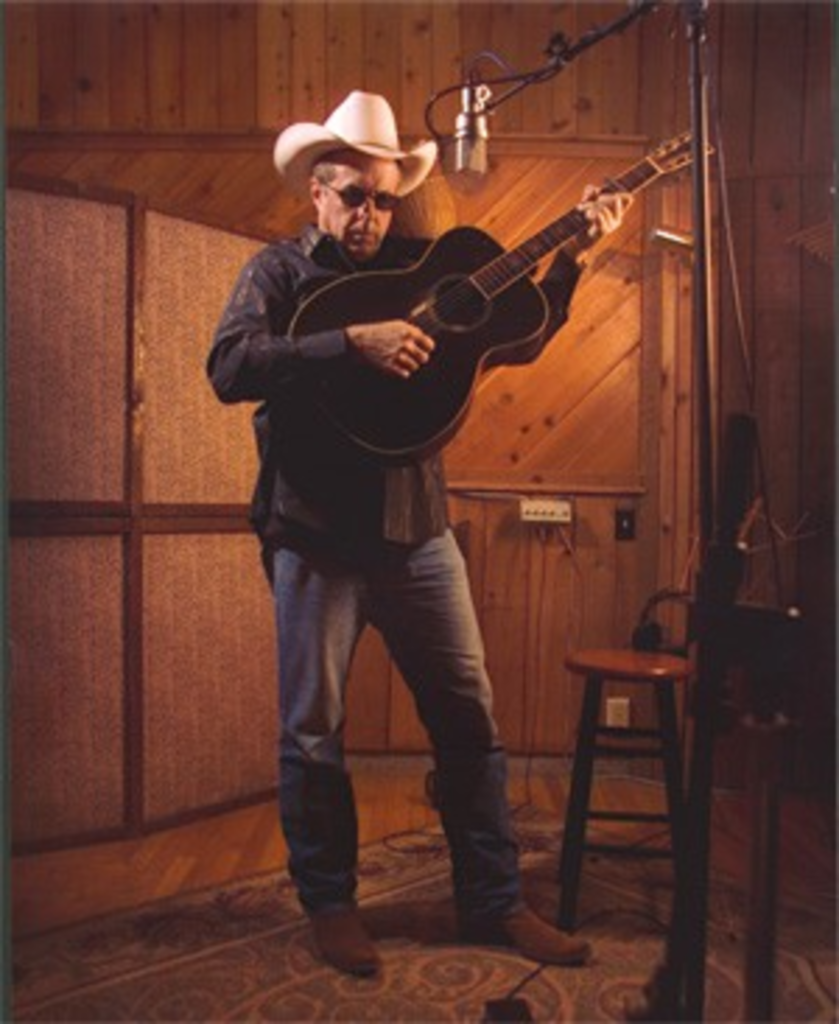 Though he studied criminology in college, singer-songwriter Tom Russell has traversed continents and musical styles during his 30-year career — sometimes aiming for hard honky-tonk, sometimes for conceptual folk dreamscapes. But his muse always leads him back to the convicts and the gamblers, the laborers and the drifters, the immigrants and the exiles, all those swept aside by the mainstream of American life.

His most recent studio album, Love and Fear, turns those stories into love songs — fierce, brightly colored portraits shot through with the same unfiltered realism that informs his paintings. On the road again, touring behind the brand-new live album, Lost Angels of Lyon (available exclusively from Kansas City’s Villagerecords.com), Russell brought The Pitch up-to-date on his music and his art.

The Pitch: Tell me about the Aztec Jazz painting series (now showing at the Yard Dog gallery in Austin, Texas).

Tom Russell: I’ve sold seven of the 13. As a hobby on the side, it’s buying the occasional meal.

I hate to use the term “folk art,” but I wonder about the hazards of working in that style.

I don’t have any training as an artist. I can’t draw the human figure very well. But I’ve always loved colors. And I have a pretty big folk-art collection. I was attracted to that wildness, and I consider myself an outsider songwriter. Those artists, people like Howard Finster — they didn’t have a gun to their head. They didn’t have to be abstract expressionists.

When I started painting, I painted a horse, painted it blue, and thought, This is kinda cool. There are hazards in it. I don’t want to represent myself as a dumb, naïve guy. I’m not Grandma Moses.

And the relationship between songwriting and painting?

There’s a strong connection. Bob Dylan, Joni Mitchell, Leonard Cohen — they all paint. I’ve always said there’s a stronger connection between painting and songwriting than between songwriting and poetry. It’s too weird a thing to talk about, but it exists. I can’t put my finger on it. Poets don’t make good songwriters. Cohen is the exception. Melody and words coming together is totally different.

To be blunt about it, Dylan’s songwriting destroyed poetry in America. Professors, if they are hip, will tell you that. Why write poetry anymore? Dylan took it to another level without being a poet.

How has your relationship to narrative changed over time?

The narrative came from wanting to be a novelist back in the ’70s, but nothing ever really came of it. I couldn’t stick that out. It became like The Shining. Learning how to write short stories and novels — that went back into the songwriting. And I’ve always been influenced by Mexican corridos, the long-form story. That goes right into Marty Robbins and “El Paso.” And my mother raised me on Broadway musicals like The Music Man, songs intersecting the narrative, so I tend to like concept albums.

You’ve said before that you’re not a political person, that you don’t even vote. But that’s not true.

That’s just to get people off my back. A lot of current songwriters take the easy way out. People I admire, Dylan or Cohen or [John] Prine, they don’t flog partisan politics. That’s cowardice, preaching to the choir. That’s easy. I’ve written things that can be construed as politics. I’m up for Song of the Year at Folk Alliance for “Who’s Gonna Build Your Wall?” which is about the border wall. That could be taken as politics, but to me it’s more an anti-development-of-the-West thing. Whatever. I don’t want to be put in a bag. I don’t want to hang out with these people. They bore the hell out of me.

When Dylan made the step up, he left people like Phil Ochs and Pete Seeger in the dust, and they still haven’t gotten over it. I will write political stuff when the issue moves me, but I’m not going to say who I’m going to vote for.

If your subject is life, then it’s impossible to avoid politics.

I started getting more engaged when I moved from New York and El Paso. I thought, I’m out in the desert. I’m a recluse. I’m going to write and paint. I don’t care. The next thing I know, I’m surrounded by cheap housing developments, where white developers are screwing the Mexicans. There’s no way to avoid it. When something hits you in the face, as this election does, you get involved. I don’t think I’m going to become Steve Earle about it. That’s just not my style.