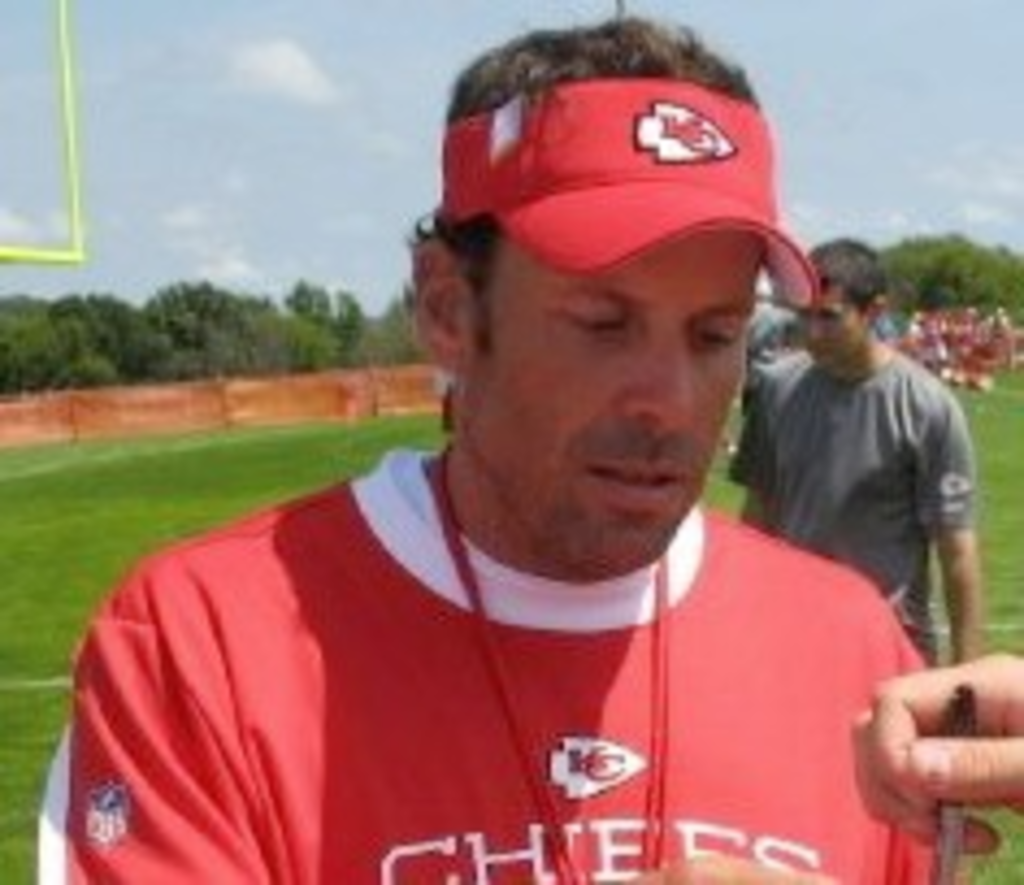 The Chiefs have thrown the bum look-alike out. The team announced this morning that it fired head coach Todd Haley in the middle of his third season coaching the team. “This was a difficult decision but one that we feel is best for the future of the Chiefs. Although there have been bright spots at different points this season, we have not made meaningful progress and we felt that it was necessary to make a change. We appreciate Todd’s contributions during his time with the club, and we wish him well in the future,” team chairman and CEO Clark Hunt said in a statement on the team’s website.

The team went 19-27 under Haley, who picked up an unsportsmanlike-conduct penalty during Sunday’s ugly 37-10 loss to the New York Jets. “Todd helped this team in many valuable ways over the past three seasons, and I am thankful for his contributions. Unfortunately, we have not been able to establish the kind of consistency we need to continue to build a strong foundation for the future and we believe a change is important at this time,” Chiefs General Manager Scott Pioli said in the statement.

The team will hold a press conference later today.