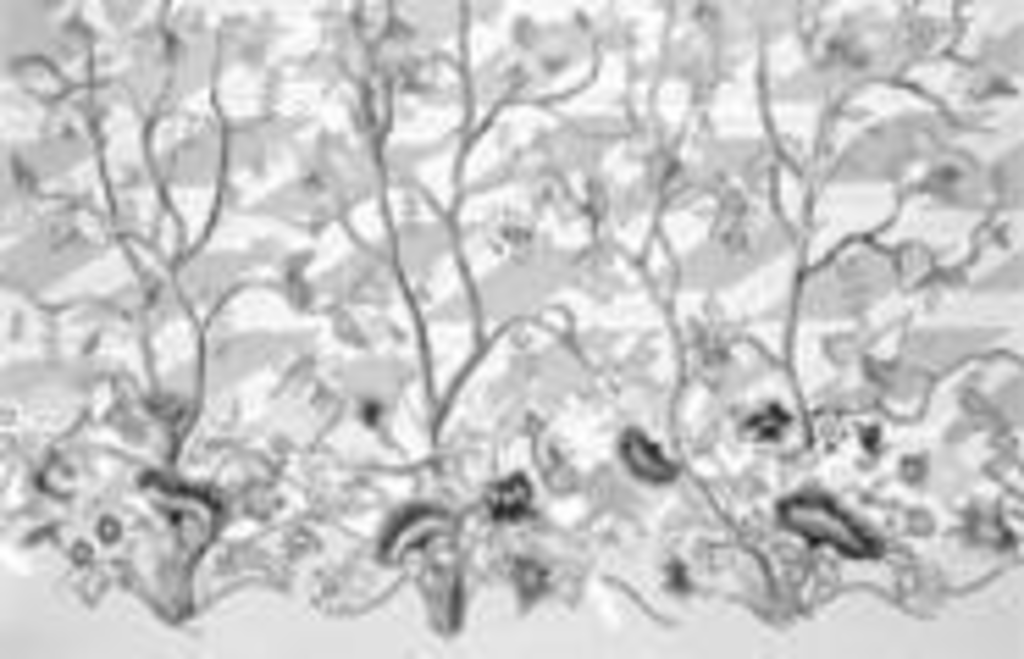 FRI 5/20
Max Key‘s “Hard Spring,” one of his most recent large-scale oil paintings, contrasts an ornate, wallpaper-style floral print with the sort of radiantly surreal horticulture that thrived in Salvador Dali’s garden. Like most of the 2005 Charlotte Street Foundation Award-winner’s work, this piece juxtaposes a casual, decorative re-creation of nature with a hyper-realistic take on the same source of inspiration. “Balloon for Weekend Lovers,” another example of this aesthetic from earlier in Key’s career, pastes photo-quality human cutouts on an idealistically rendered mountains, water and prairie landscape. Additionally, he merges ’70s-era interior-design elements with intriguing exaggerations of their intricate patterns, using metallic paints and multicoated glazes to striking effect. A 1996 Kansas City Art Institute graduate, Key has shown work in each of the area’s creative hotbeds, including the Crossroads District (with a window installation at the Dolphin), the West Bottoms’ loft spaces and the Urban Culture Project’s downtown galleries. His latest show is at the Fahrenheit Gallery (1717 West Ninth Street), and the opening reception is from 6 to 9 p.m. on Friday. His work also can be viewed from noon to 6 p.m. Saturdays until June 25. For more information or to make an appointment to see Key’s works at other times, call 816-304-5477.

Candy Is Dandy
Life is sweeter when this chocolatier’s around.

SAT 5/21
We like chocolate and all, but we worry that we’re just a few steps away from full-on fixation. Like wearing T-shirts that say “When the going gets tough, the tough get chocolate.” And that’s just when we’re thinking about grocery-store stuff. Who knows what we’d do if we had unlimited access to Christopher Elbow‘s confections? No flavor is too obscure for Elbow, former pastry chef for the American Restaurant. His creations, which use exotic spices such as Spanish saffron and Vietnamese cinnamon or blend rosemary with caramel, aren’t just tasty, though — they’re jaw-droppingly gorgeous, with subtle designs and glossy finishes. Learn how he crafts these stunning candies when the Kansas City chapter of the American Institute of Wine and Food hosts Elbow for a demonstration and tasting at Shiraz (320 Southwest Boulevard) at 2 p.m. Saturday. Nonmembers pay $27 (members, $20) for an afternoon of tasting and sparkling-wine sampling. Register online at www.aiwfkc.com or call Linda Bernskoetter at 913-851-2375. — Rebecca Braverman

True Grit
Kansas City gets a dose of film noir with Snap.

THU 5/19
Snap is a noir-style psychodrama: A murder and a kidnapping follow a botched burglary; then the hostage escapes, joins up with the fiancé of the victim and exacts revenge. It was shot in 24 Kansas City locations over 35 days with 50 area actors, so we’re likely to recognize hometown faces and places on the big screen. And that’s always good fun — even if the movie sucks. (We hope audience members won’t know writer and director Timothy Del Hamilton from previous run-ins with the law; he’s a lawyer in KCK. And we hope the film doesn’t suck.) The first public screening is at 7:30 p.m. Thursday at Tivoli Cinemas (4050 Pennsylvania). Call 913-307-0774 for reservations. — Annie Fischer

THU 5/19
The thought of wandering around Waldo on our hands and knees is a little disturbing. But presumably that’s not required at the Waldo Crawldo pub crawl. Start Thursday at the corner of 75th Street and Wornall Road, hit a bar such as the 75th Street Brewery (www.waldo crawldo.com has a complete list) with a Waldo Crawldo passport ($15 the day of the event) and go wild with the discounted drinks. The money raised benefits the Leukemia and Lymphoma Society. — Braverman