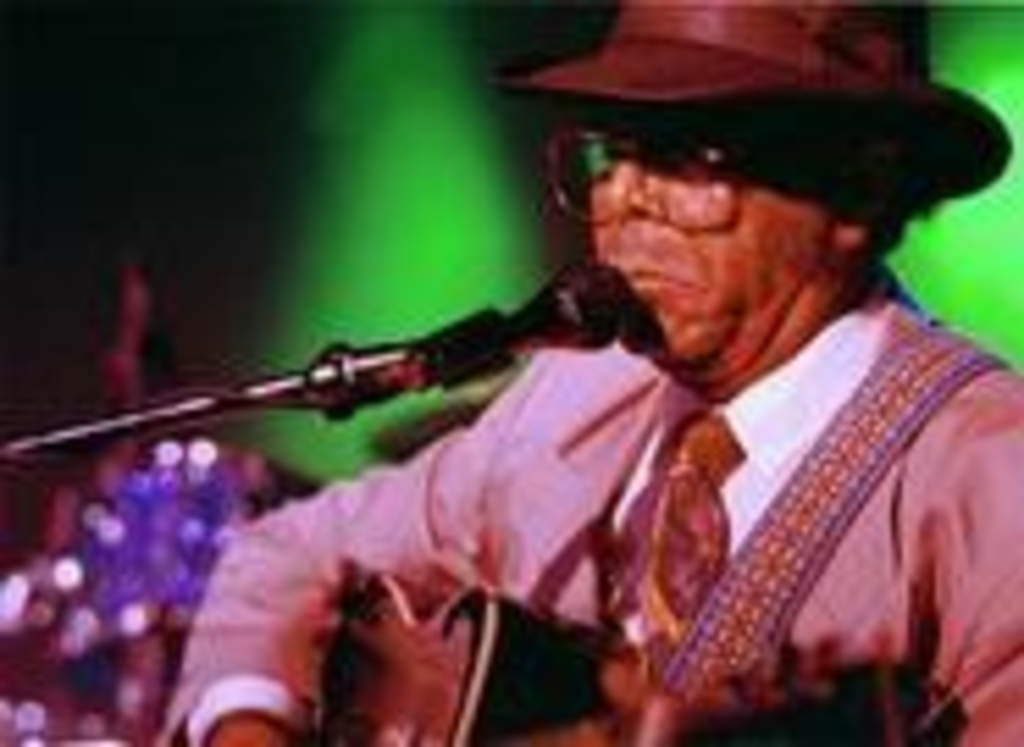 Authenticity is an element of music that should never be de-emphasized, but in this era of Lou Bega it all too frequently is. Thankfully, unimaginative record producers can exploit only a few musical genres at a time, and the blues are currently out of favor. Consequently, such labels as Fat Possum Records can uncover the real thing, serving up a steady diet of authentic delta bluesmen. With their annual Juke Joint Caravan tour, the people from Fat Possum have put together a fine sampling of the pleasures that genuine blues artists still have to offer.

The evening commenced with the heartfelt acoustic blues of Robert Belfour, a 60-year-old sharecropper’s son who just released his first album. Belfour seemed slightly nervous as he took the stage, but as soon as he started putting his guitar through its paces he became much more confident. While his songs were rather uniform in tone, the breadth of Belfour’s gravelly voice, combined with the aching resonance of his guitar, inspired an immediate positive reaction from the crowd.

Belfour’s compositions repeatedly told stories of heartbreak and hard times. The throaty growl of “My Baby’s Gone” and the poignant sorrow of “Norene” provided the highlights of his set, but all of the tunes were excellent. The influence of such luminaries as John Lee Hooker and Howlin’ Wolf were readily apparent in the song structures, but the emotion and ability clearly belonged to Belfour himself.

Following the understated balladry of Belfour with the unrestrained swagger of Paul Jones could have been jarring, but it actually worked well. Jones told the same tales of woe, but he presented his stories with the backdrop of a howling blues trio. Punctuating every vocal phrase with a slithering attack on his guitar neck, Jones rocked his way through the emotional pain of his lyrics. While his songs tended to feature only three or four repeated lines, Jones still managed to convey a depth of emotion through his fine, juicy blues runs. “Going Back Home” entranced the crowd with its raw, careening energy, and the self-deprecating remorse of “Guess I Just Fucked It All Up” provided the emotional high point of Jones’ brief set.

The final artist of the evening was T-Model Ford, another one of Fat Possum’s genuinely old-school finds. Ford, whose songs featured the same repetitive three-chord rambles as did those of Jones, looked every bit of his 80 years. While he wasn’t as focused as the other two artists, his tunes had a swinging sense of urgency that made them enjoyable. His riffs were tough and fuzzy, searing their way through the shuffle-drum accompaniment, but Ford’s voice was sadly lacking in any clear since of diction. It was obvious he was emoting his way through such tunes as “When Are You Coming Back Home,” but he lacked the vocal resonance to compete with his own guitar. Nevertheless, Ford provided a fitting end to an evening of good old-fashioned, straight-ahead blues.