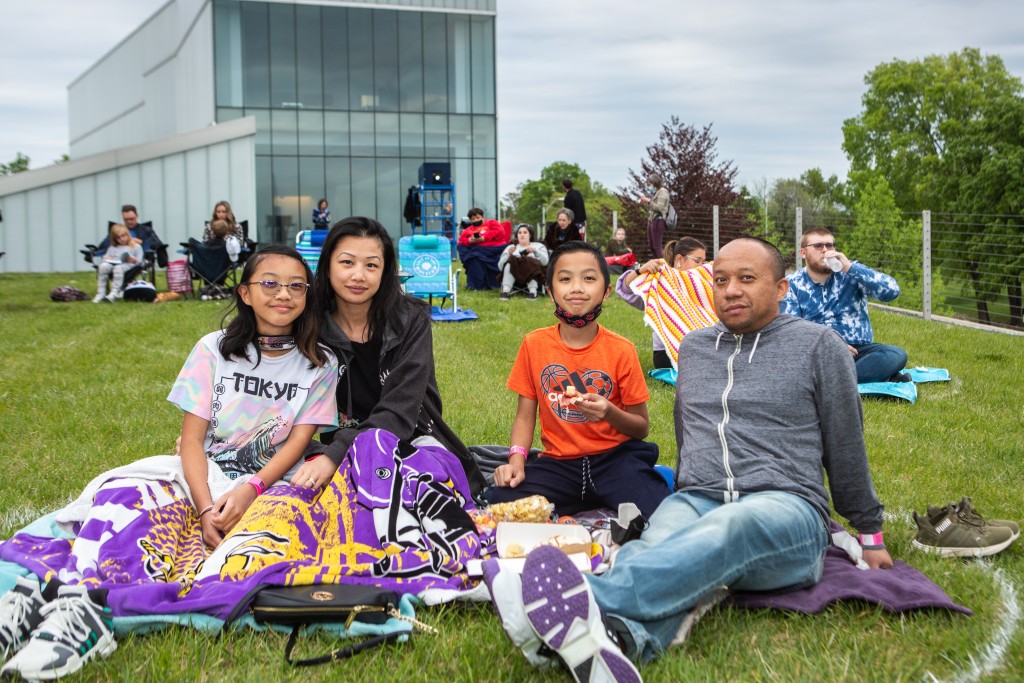 Tivoli Under the Stars opening night, May 7, 2021, at The Nelson-Atkins. //Photo by Dana Anderson

Summer events are back in session and the Nelson-Atkins Museum has the perfect opportunity for you to get out with family or friends to enjoy a film in the open air.

Tivoli Under The Stars is an event that will be taking place for its second year on the back lawn of the Nelson-Atkins in which multiple films will be shown throughout the summer season. Beginning Friday, June 2, individuals will be able to purchase tickets to newer films as well as classics in the comfort of their own “pod” on the lawn.

With the purchase of tickets individuals can expect to have an eight-foot spread of lawn and can bring in chairs or blankets. Parking will be included with the price of the tickets and the films will begin about 10-15 minutes after sundown. There will also be concessions available through the museum’s Walking Snack Bar.

The films are chosen by Jerry Harrington, film curator for the Nelson and previous owner of the Tivoli theater. After the closing of Tivoli, Harrington found himself working with the Nelson to bring back the theater within their walls but was given a swift blow when the COVID pandemic came center stage.

“We decided in 2021 we were going to do an outdoor event because people could still sit together outside and it was a huge hit,” says Harrington. “We put tickets out in May and we were selling out in a day. It was a huge success and so we figured people want this so we’ll do it again this year.”

With a range of genres that span decades of release dates, the film lineup is one that will hopefully offer something for everybody. Some of the films include Labyrinth, The Princess Bride, Notorious, Moonstruck, and The French Dispatch. For those who may not feel quite comfortable going back to theaters, getting the social experience of watching a film outdoors may be a great night out.

“We’re showing Notorious and I had never seen it until a few years ago and I watched it on TV,” says Harrington. “The whole time I really thought, ‘I want to watch this with a theater full of people,’ because that’s the only way you get that communal experience. When you really like something and you watch it with people around who are also enjoying it, it makes you like it even more.”

Though tickets will be on sale throughout the summer, it is recommended that if you see a title you like, you buy early, as some films (such as the incredibly popular The Princess Bride) have already sold out to the public. Even if you have already watched some of the films, seeing them in a new setting can offer a fun twist to a favorite.

“For this event, you’re in the most exceptional setting,” says Casey Claps, the Director of Earned Income at the Nelson. “The film is shown in between the Steven Hall lenses and you’re in the Block Building on the roof lawn. You’ve got almost a view of the city so it’s pretty spectacular.”

Tivoli Under The Stars will offer a unique viewing experience. Showtimes and tickets along with more information can be found here.

On your marks, get set, and go enter this sweepstakes for a VIP Trolley Run prize pack!