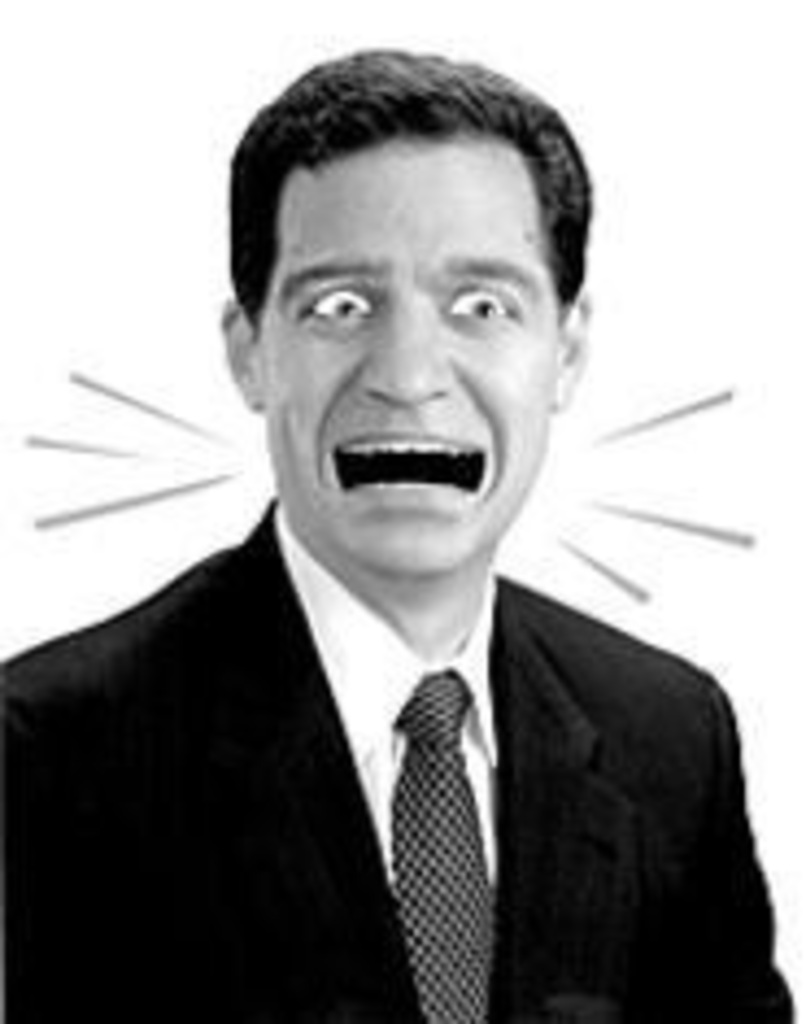 Sam Brownback is embarrassing us again.

The uptight Republican senator from Kansas does that periodically. Sometimes it’s in small ways, such as when he’s nagging everyone about cloning, an issue deeply troubling to his Kansas constituents. He humiliates us most often, though, in his jihads against pop-music lyrics, video games and movies, routinely making national news in stories that turn the hayseed, Bible-thumping stereotype implied by the words “senator from Kansas” into cringe-inducing reality.

In 1997, for example, he called for full-scale Senate hearings into how rock and rap lyrics were affecting America’s youth, then stacked the panel with rock and rap detractors. Music fans across the country recognized it for what it was: a spotlight-grabbing swipe at popular culture, the easiest scapegoat in America. “The unfortunate reality of Washington is that once you get as much media attention as this hearing did, the appetite for more attention just increases,” the head of the Recording Industry Association of America, Hilary Rosen, told The New York Times. “Which means Brownback will probably call another hearing.”

He was among the loudest boobs blaming Marilyn Manson for the Columbine High School killings in 1999. (More Senate hearings followed that one.) Now, however, we know that the biggest influence on Eric Harris was probably the Jefferson County, Colorado, sheriff’s department, which missed plenty of opportunities to impose corrective measures on the young psychopath.

In September 2000, when Brownback was ragging on Hollywood executives to give the people what they want — lots of peaceful and cuss-word-free movies — The Los Angeles Times opened a profile of Brownback this way: “The lyrics by one of pop music’s most decorated singers were enlarged and propped up on easels in the Senate hearing room, a rap artist’s musings about raping and killing his mother. The song was so rife with misogynistic obscenities that Sen. Sam Brownback had a hard time reading it aloud to a roomful of lawmakers, so he muddled through with substitutes like ‘b-word.'”

Now Brownback’s had his tighties wadded up all spring, ever since the Janet Jackson Super Bowl tragedy.

Brownback immediately cranked up new home-entertainment security efforts. On March 9, his buds on the commerce committee sent the full Senate their Broadcast Decency Enforcement Act, which would “increase tenfold the cap on fines the Federal Communications Commission may assess on television and radio broadcast licensees for obscene, indecent and profane broadcasts.” Brownback himself made sure that each “utterance or showing of indecent material” could be worth 275,000 smackers; a string of indelicate commentary could cost a broadcaster $3 million a day.

All of this was weighing heavily on Ira Glass, the host of NPR’s This American Life, when he stopped in Kansas City last Tuesday. Every week on the radio, Glass turns significant moments from regular people’s lives into great American short stories, and Unity Temple on the Plaza was full of Kansas Citians who wanted to hear about how he does it.

I wasn’t there, but people from strikingly different social circles kept telling me about it afterward. The last thing they’d expected from Glass was a lament about how Sam Brownback was screwing with this American life.

When even C-SPAN is pondering a 5-second-delay — after watching their government in action, some callers are apparently too pissed off to control their language — it’s obvious that free speech has grown too expensive. Especially with Brownback making sure citizens don’t forget Ari Fleischer’s shiver-inducing “All Americans need to watch what they say, watch what they do.”

At Unity, Glass compared himself to Howard Stern, who isn’t in trouble just for offering two naked sisters $1,000 to kiss each other. Stern has also been carping about George W. Bush’s oppressive regime. “We’re all Howard Stern,” Glass told the audience. He then asked everyone who worked for KCUR 89.3 to raise their hands and told our sincere, hardworking, hometown public-radio personalities that they were all Howard Stern.

And they are. Last week, KCUR General Manager Patty Cahill confirmed that the station is putting the nefarious Walt Bodine and the subversive Steve Kraske on 6-second delays so that producers can nip anything offensive. Oh, the irony: “What happened was, the producer of The Walt Bodine Show came to talk about Walt doing a show on obscenities and profane language and the FCC. We realized that for us to do that show properly, we probably needed a delay,” Cahill says. “With the fines going on, we can’t afford to do something that the FCC would fine us for.”

Cahill is matter-of-fact about the decision. “I understand that because we are using the public’s airwaves, Congress has decided that there’s appropriate usage and inappropriate usage, and I accept that. It is censorship, and I accept it because it’s the public airwaves. We don’t own them. The public does. As such, there are certain rights and obligations we have.” The thing that bothers her, she says, is who gets to decide what language is inappropriate.

The FCC’s vague directives have left that question wide open, so it might as well be Sam Brownback. And I’m embarrassed at his crusade to shut people up. It seems like a good time to embarrass him in return, to render him speechless. The next time he’s riding in some Olathe parade, I just might go lift my shirt.

Anyone care to join me?