‘Tis a hot weekend for hip-hop in old KC 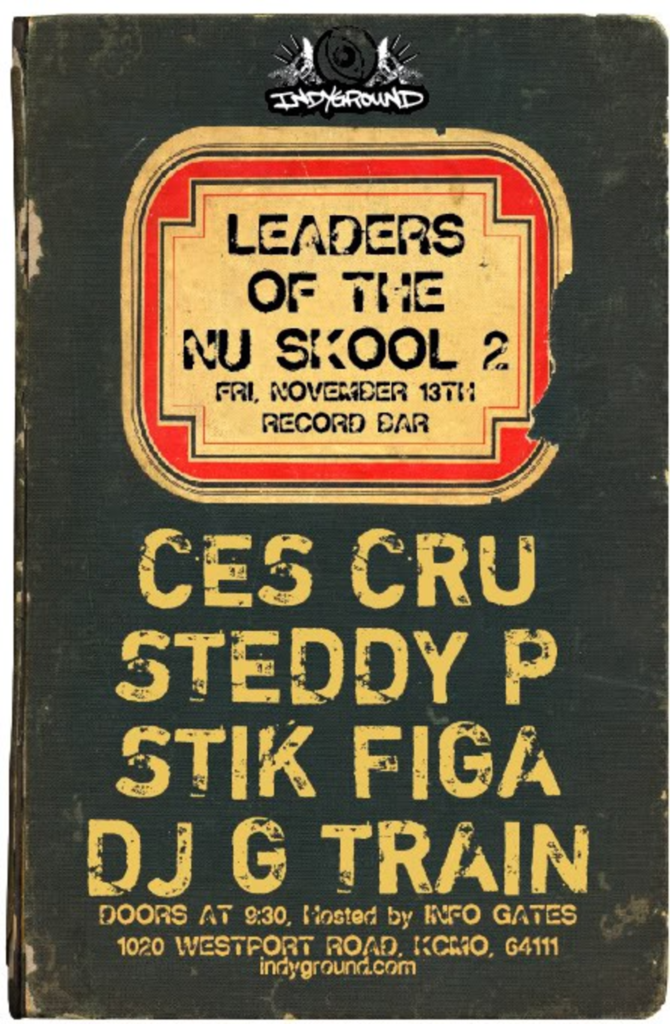 With Digable Planets tonight at the Bottleneck and P.O.S. at the Beaumont on Sunday — and some killer local shows in between — you won’t be blamed for forgetting rock and roll even exists this weekend in Kansas City.

For one thing, guitars will be present tonight at the Scion Lab when Mouth the band provides support for area rappers Reach, thePhantom, Dutch Newman, Godson and Swayzorblades.

Depending on what Steddy P brings in terms of musical support (he’s been known to have both a DJ and live band), there may or may not be amps and drumsticks when the local rapper joins CES Cru, Stik Figa and DJ G-Train for Leaders of the Nu Skool 2 tonight at the Record Bar.

Meanwhile, Digable Planets‘ Butterfly and Doodlebug are likely to rock it old school at the Bottleneck tonight, with support from local MC Greg Enemy.

We already blogged this, but don’t forget: At the Riot Room on Saturday, KC’s Deep Thinkers are premiering tracks from their fourth album, Make It Quake. In addition to performances by Reggie B with Miles Bonny and Reach, Chief Rocker Busy Bee will be in the building.

And, then, on Sunday, the Pac-Tour rolls into the Beaumont, bringing the bands Innerpartysystem, Saosin and Eye Alaska and Rhymesayers breadwinner P.O.S., whose punk-rooted indie rap is a solid complement to the rest of the lineup’s mostly rock instrumentation.

Kanye West recently gave blog love to P.O.S. for the video for the title track off P’s latest, Never Better, which Amazon named one of the year’s best in hip-hop.