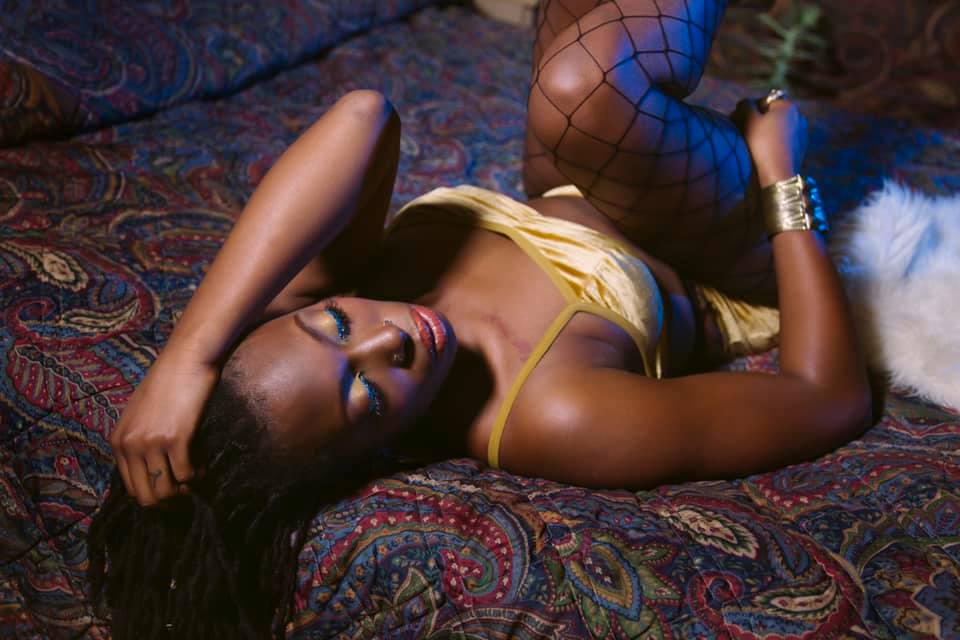 The debut from Kansas City’s Tir-Zah Mahlah, It Could Go Either Way, is one of those albums you press play on, then find yourself 20 minutes with a mouth agape, wondering aloud, “Where did this come from?” It’s an out-of-nowhere album that blends jazz, R&B, poetry, hip-hop, and a myriad of other styles to craft eight songs that are intensely personal and confessional, while still coming through with a voice and perspective that listeners will find relatable.

I hopped on the phone with Mahlah earlier this week to discuss It Could Go Either Way and where it—and she–came from.

The Pitch: You dropped this on Mother’s Day. What made you put it out then?

It’s a day that everybody’s gonna remember. They’re going to remember it came out on Mother’s Day. And this is my first album. So I just felt like all of those things, you know, connected for me.

Perfect. Instead of you giving yourself a birthday present, now you give yourself a great Mother’s Day gift.

You said that this album has been decades in the making and to me, that is amazing, because it just came out of nowhere and it’s fantastic. What’s been the process of making it happen?

A lot of these tracks–I’ve always been a writer. I’ve always written poetry. I’m originally from the East coast. I’m from the DMV area, so poetry was definitely my go-to getaway. I’m super-shy and reserved, but very outgoing when I’m comfortable. I really have to be comfortable. I’m kind of like the person that sits back and observes the situation or the room and read the energy and over.

Me writing and me singing? I’ve always sung. I come from a family of singers, growing up in a church: my mom, my brother, my sister, my grandma, everyone. But I was the shy one, so I wrote as my escape. I never really planned on releasing anything.

I actually sang my first song when I got into high school. Something that I wrote, I started singing it. I was in honors English and was writing, and one day my English teacher was like, “Okay–you wrote that?!” This whole time I’m in her class, BS-ing for real and–to read something that I wrote–she was like, “Whaaaaat?” I caught people off guard because they didn’t expect me to have such a voice or have such deep things to say.

Track two on that album, “Cry to God,” is definitely the most meaningful on the album. My album is true. A lot of the songs–that one, in particular, I wrote that around middle school and I honestly wrote it because I was facing suicide. I was contemplating suicide in that early age and to be 32, as a woman, to be here and to be able to talk about it and think it, and have the world here is deeper than you could ever imagine. Singing it, I was crying.

It’s special because my husband is the producer of the whole album. He mixed and mastered it and a lot of it is him doing backgrounds. He has a track on there. He’s also rapping on there, but that particular song? It’s me, man. We recorded that five times, over and over and over again, because I kept crying. I kept crying.

So yeah: my album is really real and the fact that you say you love it, you’re feeling it? That’s amazing. I wanted people to still feel the music, like a lot of that music that brought you through hard times. I’m not even going to lie–a lot of things have happened in the midst of just creating this beautiful project and to still create it and, and put it out there and people hear it and feel it? That’s a lot. That was everything I wanted. 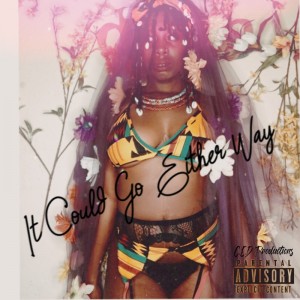 For as much as you were going through, the album sounds so effortlessly confident that I wouldn’t have expected that you had your Christina Aguilera doing “Beautiful” moment. When she recorded that song, she had to lie down and have them dangle the microphone above her because she couldn’t stand up and sing it. It was too much for her.

I definitely felt like it was just a really real moment. So, yeah, track two was me crying on the track. I originally named that song “Child of Delight,” because that’s when my name means.

“Walk Away,” track seven? That’s me and my husband [Tony]. He plays the bass guitar, and he played the keys on there. We literally wrote from the ground up. I wrote everything on that complete album and he did all the music, except for “Fever.” It took me forever to do [‘Fever”] because my mind just was going in so many places. I was like, “Should I do this?” I actually combined two tracks: one that my husband produced and one his cousin produced. It’s so many mixtures of just great moments and things like that.

“Anxiety MF”? That’s like one of the favorites of everybody. ‘Cause I got it.

I think everybody does after the last year.

That’s what made it real too, having anxiety about trauma in my life and then to be going through freaking COVID like this? That’s a real, real thing.

How’d you come to work with your other collaborators on the record?

J. Welch’s other feature, for “Black Butterfly.” We are all part of this group of creatives my husband started called C.E.D.: Cook Every Day. They’re all artists that you might not even have heard of. We literally get together every week and just create. It’s an ongoing thing. It’s just now rolling out, but that’s how we all collaborate together. We all have projects together, and that’s basically how the collaboration goes and our projects. I’m a part of some of their projects as well.

J. Welch just fit. I wanted that track, my song, and my album to be meaningful, so I definitely chose who I chose for a reason. I wanted them to personally connect to what I was saying. I definitely reached out to him, had him listen to it, and asked him to explain to me what he thought it was, and based on that, that’s how you got my track.

I really wanted him to not just rap on it. I wanted him to connect with it and wanted him to understand what I’m saying when I’m saying, “Black Butterfly,” and he gave me exactly what I was saying or what I was thinking and how I interpreted it, right back to me, and I was like, “Perfect. You got the track.”

That’s fantastic that you have this group of folks that you can get together and collaborate with and have this creative reinforcement. Like a writer’s circle, but for musicians–that’s so positive.

Yes. We feed off each other and I feel like people need that. Like, music is healing, bro. Sometimes that’s how we all get through. I told you–everybody got anxiety–so just to be around a group of people that connects off of this, the one thing and are tied together, it’s even crazy in itself.

Before I started this music thing, I was a model, and this is just refreshing to have people see the other side of Tir-Zah. You don’t always get to talk in your photos. [laughs] Just to be able to give people a chance to see my personality is refreshing because it’s different for me, I’m very closed off about who I share my energy with and my circles but I’m trying to open up more and let people hear it.

People need it, people need to hear it. I’ve had tons of people reach out to me like, “Wow!” and I wasn’t expecting that. I wanted it, but I told you, my music is just for me, so to have the back of whoever is very, very, very exciting for me.

Tir-zah Mahlah’s It Could Go Either Way is out now, via most streaming platforms.