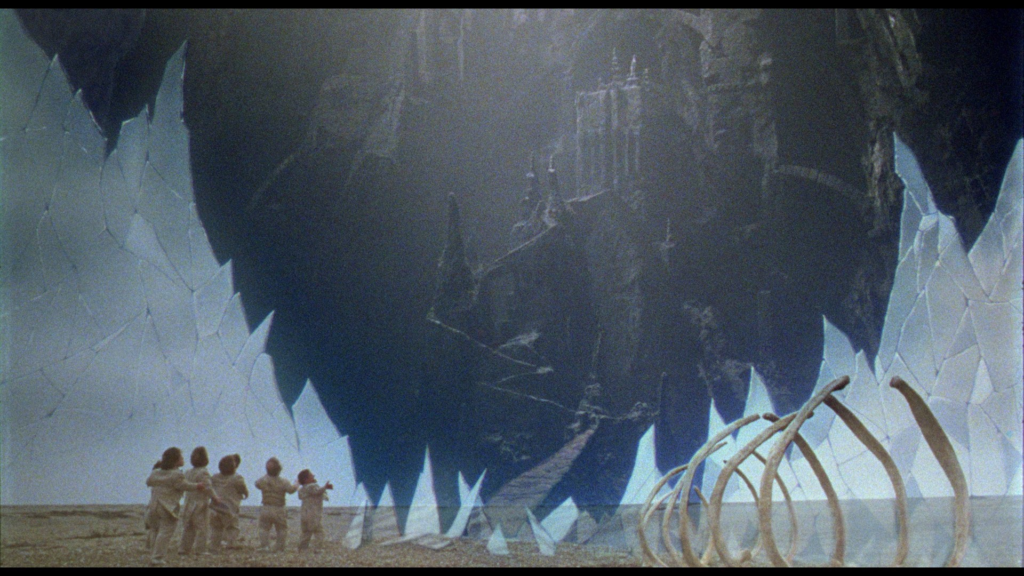 It hasn’t been a stellar year for movies so far — I’m looking at you, Get Hard — but you can have your first great movie weekend of 2015 and still wring yourself out in front of Mad Men‘s series finale Sunday night. How? Follow these simple steps.

Last summer, this is what the scene typically looked like every third Friday night on the roof of the Kansas City Central Library: 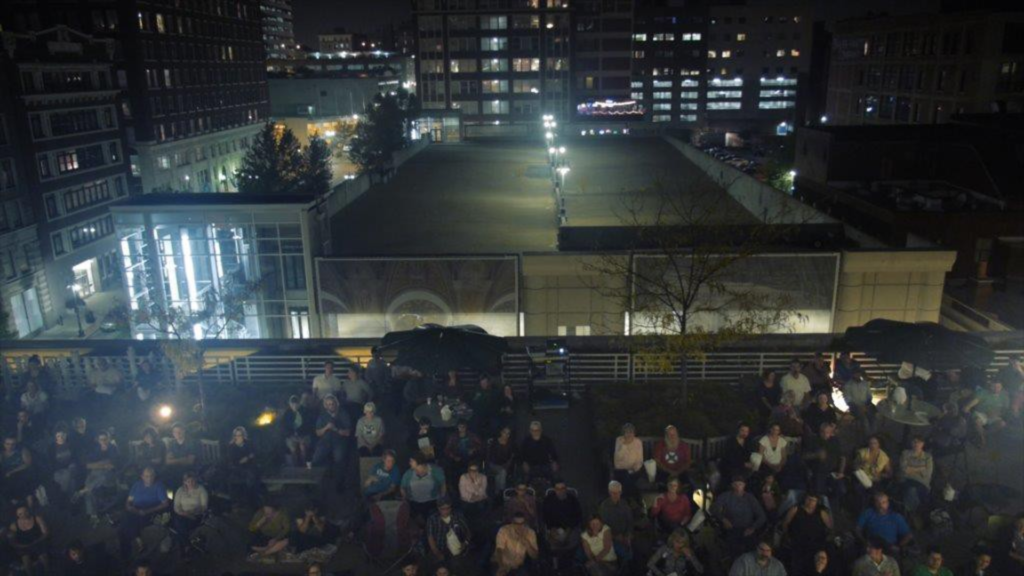 The library’s Off the Wall series of outdoor movies (sponsored by The Pitch) gave you vintage Kevin Bacon, Prince and Harry Dean Stanton, and KC Bier Co. poured you free drafts of its superfine products. As you can see, we drew a crowd. So we’re getting the band back together this summer for a new series, called “Down the Rabbit Hole,” which starts tonight with Time Bandits.

The demented 1981 fairy tale boasts Sean Connery as King Agamemnon, John Cleese as an asshole Robin Hood, and David Warner in the middle of his trilogy of superlative bad guys (Jack the Ripper in Time After Time, the Evil Genius in Time Bandits, Sark in Tron). Terry Gilliam, warming up for Brazil, directs a script he wrote with fellow Monty Python-ite Michael Palin. It’s funny, dark and, as the Chicago Reader‘s Dave Kehr perfectly summarizes, “resolutely, passionately anti-adult.”

Rain is due to come down this afternoon, but tonight’s forecast is less certain. Either way, the show goes on: Off the Wall simulcasts the movie inside the library, in the roomy and perfectly dry Helzberg Auditorium, just off the rooftop terrace. (Repo Man was the only rainy night among last summer’s lineup, and that movie’s crass delights somehow played even better indoors.) Parking in the Library District garage, at 10th Street and Baltimore, is free with validation from the library. Bring your ticket upstairs with you.

Off the Wall is at the Central Library, 14 West 10th Street. Doors at 8 p.m., movie shortly before 9. For details, see kclibrary.org. 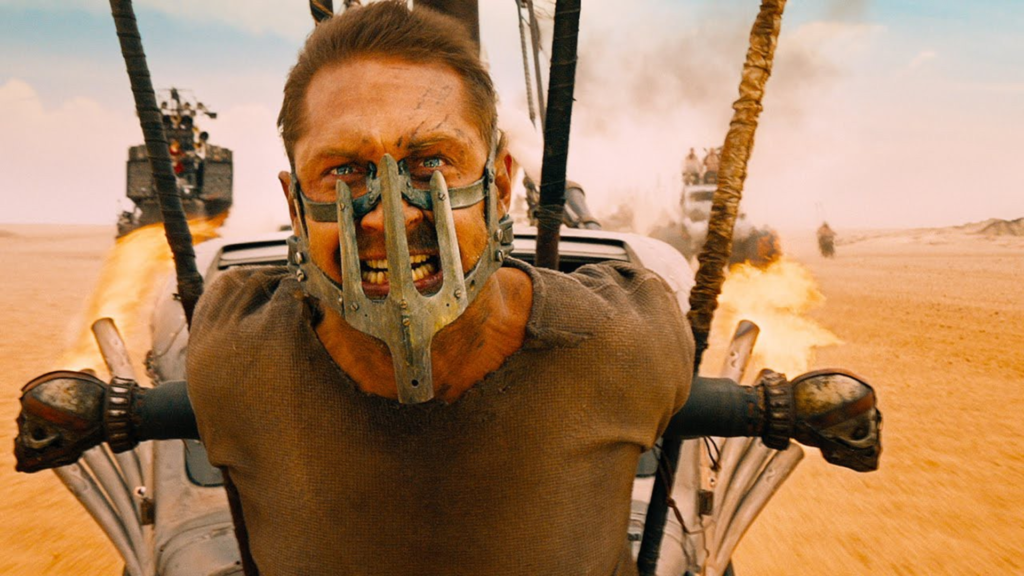 In this week’s Pitch, Bilge Ebiri calls the just-out Mad Max: Fury Road “the Sistine Chapel of action filmmaking.” True! And watching it in 3-D (a format I usually avoid) is like lying on the chapel floor as Michelangelo’s ceiling — set afire with bootleg gasoline, its figures coming to holy and hellish life and wrestling with one another — plummets down at your face and the earth below you opens up and demons feed you popcorn.

There’s little dialogue and less story in director George Miller’s pile-driving epic. Miller shares screenplay credit with two co-writers, who presumably were there to help him strike through lines whenever he had some misplaced notion to add a few words. (Theme is where it’s at: feminism, mainly, with a sideways glance at warlord-driven ideology.) Good for all three writers, because Fury Road is as purely visual as cinema gets, with impossibly choreographed practical stunts and effects and editing that’s lightning-fast yet cogent. It’s also surprisingly lean, with a relatively modest two-hour running time that acts as a rebuke to the corporate superhero spectacles that make up the summertime movie diet. See it Saturday afternoon, leaving yourself a little daylight after the credits roll, plenty of open highway home, and a dare to yourself not to speed. 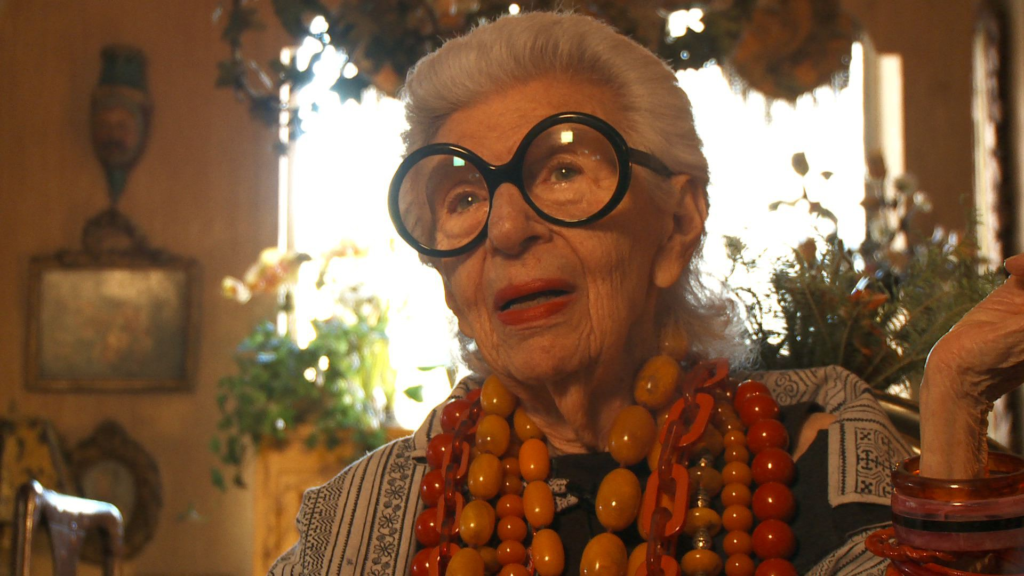 To attempt to explain Iris Apfel — 93-year-old subject of the last movie that documentarian Albert Maysles saw completed (he died in March, at age 88) — is to hear yourself say words like icon, guru and Yoda without quite doing justice to her sui generis place in the culture. With her pie-plate eyeglasses and her seemingly infinite collection of fabrics, plastics, metals, sequins, clasps, bangles, baubles and beads, she is instantly recognizable, even if you can’t recall or define exactly why.

But why isn’t the point — Iris is very much a who movie, and Apfel (along with her husband, Carl) is very good company. You can look at the trailer here, but I recommend simply submitting to Maysles’ short, witty introduction to Apfel with no more knowledge than you take with you to the box office.

See it Sunday (the Tivoli is also playing Dior and I, a lesser doc that still works as a good complement to Maysles’ film), bearing in mind that Don Draper, were he real and were he alive today, would be just about Apfel’s age, and very probably would have bumped into her somewhere along his suave, crooked path.