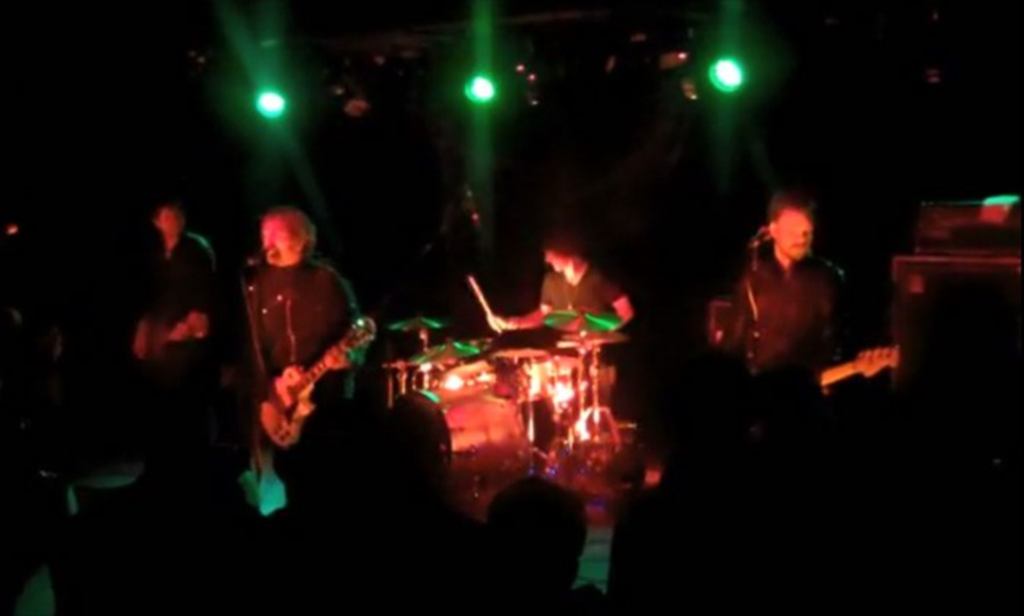 In 2004, Kansas City’s Moaning Lisa relocated to Los Angeles and — with a few lineup changes —  became the band Culture Killers. Despite success with club shows and some exposure online, the band never really took off. In 2011, the band came back to KC for a couple shows under the guise of their old band name, meaning this particular Throwback Thursday video isn’t that far back, all things considered.

But the song Moaning Lisa performed at the Riot Room in December of 2011, “Knee Deep,” is from the album Wonderful, which came out 15 years ago. For those who listened to the radio at the time, this single got a lot of local airplay, and it’s easy to see why: it’s one of the hallmarks of late ’90s and early ’00s alternative rock, with big, chunky guitar riffs and earworm-y choruses.

Unfortunately, much like other purveyors of that sound like American Hi-Fi or Lit, Moaning Lisa never made it as big as they should have. Happily, Moaning Lisa-slash-Culture Killers frontman David George decided to come back to Kansas City permanently, and he now fronts the equally hooky – though much calmer and rustic-sounding – David George & A Crooked Mile. Catch the band on Saturday at the Brick.

David George & A Crooked Mile play the Brick with Electric Lungs and Dolls on Fire on Saturday, April 11. Details on that show are here.