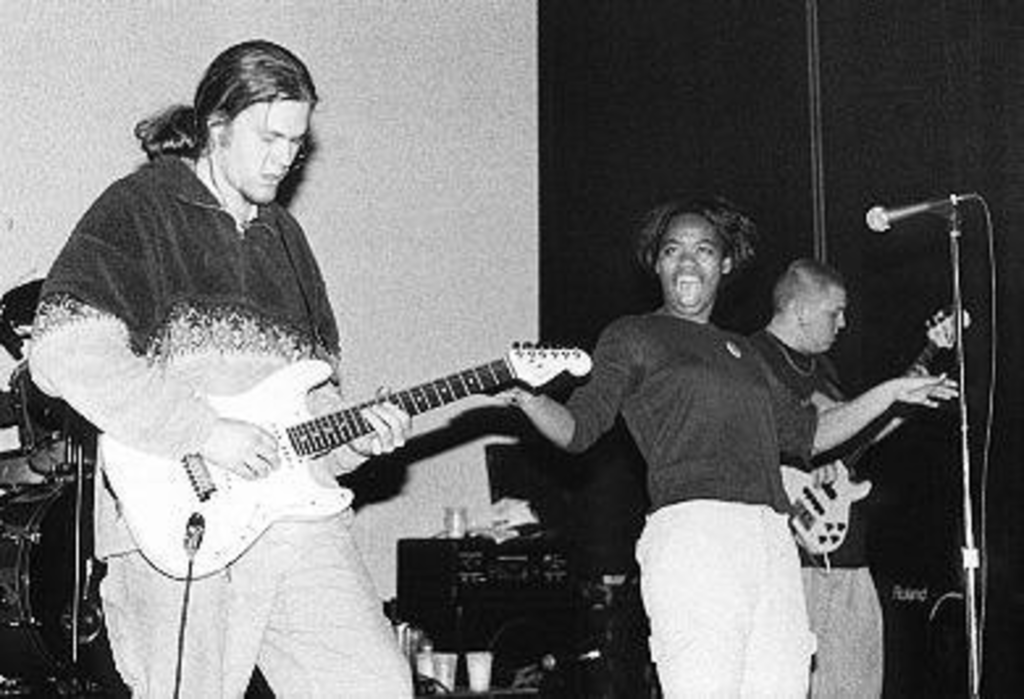 If you lived in Lawrence at the end of the ’90s and attended a benefit or house show, you saw the Sugaddies. The band, which featured a full-blown horn section, played some serious deep-down funk, was sort of the collegiate version of the Band That Saved the World.

The Sugadaddies played the Bottleneck, but I’d say the majority of the shows I saw them play were in some way, shape, or form related to the University of Kansas. I saw them for the first time at a house show the night before I started my freshman year. After that, I’d see them play benefits for stuff like Delta Force, which was the “liberal” party at KU, or at Hashinger Hall for a dance night.

The shows were always a blast, and I mean always. When you take funk, college kids, and covers of stuff like Terrence Trent D’Arby‘s “Wishing Well” and Prince‘s “Kiss,” you’re gonna have a party. The Sugaddies had a fabulous frontwoman in the inimitable Jaime Tucker, the horn section hit hard, and there was a bottom end that never failed to get a dancefloor of kids shaking their asses.

I guess that’s the thing: the band was never one of those huge draws, because their fanbase couldn’t really drink yet. Sadly, the band broke up sometime around 2000, mainly because most of the group graduated college and moved on. They did, however, record a live album, as well as a studio record. You can find the studio record in most Lawrence bargain bins for a dollar or two, and it’s totally worth the investment. The track below, “Friday Night Shift,” can be found on that release, but I think the live version, recorded at the Bottleneck, is superior. Get your groove on.