Throwback MP3 of the Week: Tenderloin, “Leave This Town” 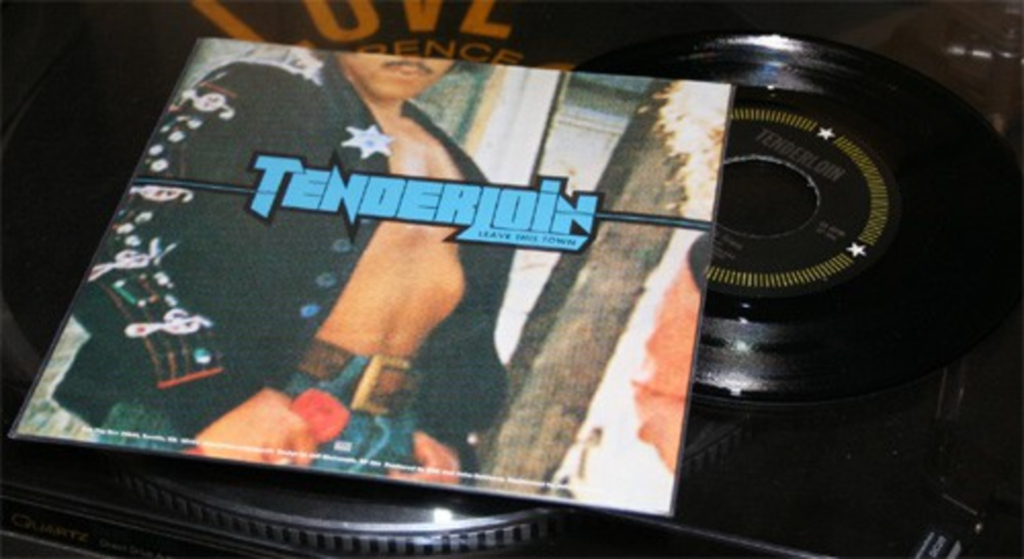 I am sometimes surprised that Tenderloin only released two singles on Sub Pop. There was the “Supernatural Bologna/Heard it On the X” 45, and then this split with the Supersuckers. You’d think that a label that released the first few albums from both the Supersuckers themselves, as well as the Reverend Horton Heat, would’ve been more interested.

Maybe it was too late by the time the act became known to the Sub Pop folks – Tenderloin released two full-lengths on Warner Brothers: Let It Leak and Bullseye, with their final album coming out on Time Bomb (home for a time to many artists, and now pretty much devoted to releasing Social Distortion records).

Now, prior to Tenderloin, Locke had been in the Sin City Disciples, and afterward, Parlay. They’re all fairly similar, with each band featuring Locke’s distinctive twangy drawl and harp playing. The difference from one act to another is slim — Sin City was punky, Tenderloin had a bit of metal, and Parlay was bluesier. Each band had badass swagger, and if you culled an Ernie Locke best-of, it’d be sick.

This tune here is a Thin Lizzy cover. The other side to the 45 is the Supersuckers covering UFO’s “Mother Mary.” You can still pick it up from Sub Pop for the low, low price of $3.75. It’s not near as wild as Tenderloin’s cover of ZZ Top’s “Heard It On the X,” but this is certainly less well-known, and you can get that cover on Bullseye, anyhow.