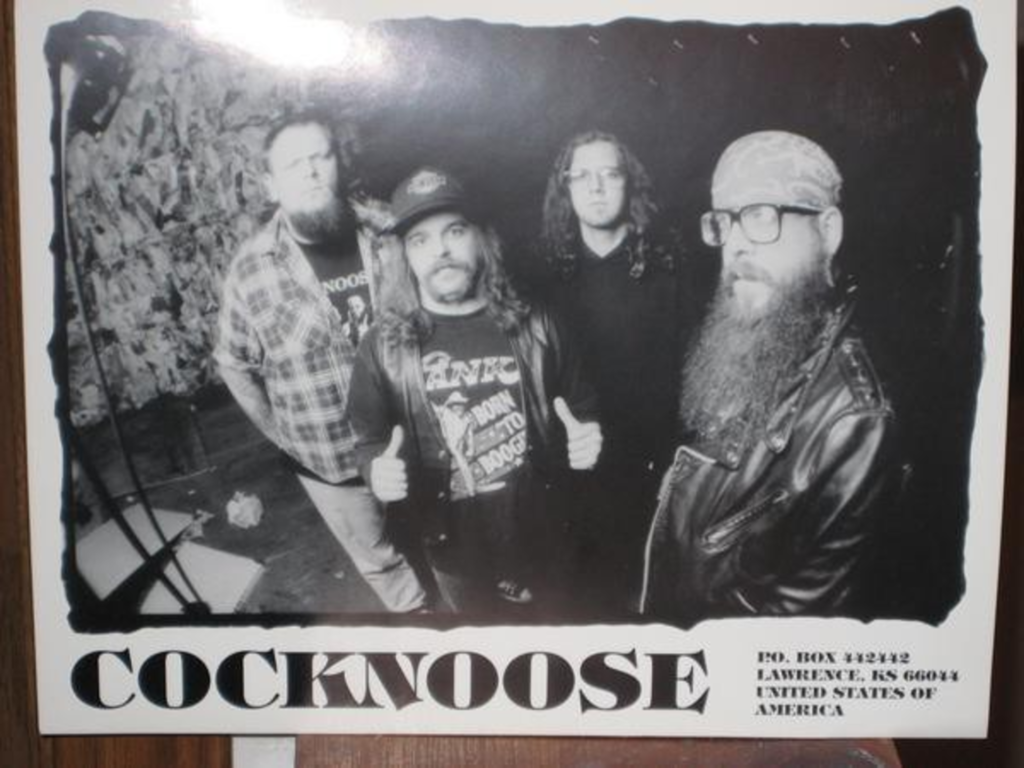 Lawrence’s Cocknoose is the most dangerous band in the world. Seriously, the band has been known for everything from starting fistfights in the crowd at their shows to a notorious incident at the Replay where a deer’s head was tossed into the crowd. Not a fake one, mind you. We’re talkin an honest-to-what-the-fuck deer’s head that had been removed from a butchered deer.

A quote from the Widowmaker in a 1992 Life From Beyond interview sums it up pretty nicely:

So, it’s unsurprising to hear Cocknoose’s cover of the entrance music for legendary tag-team wrestlers the Fabulous Freebirds, “Badstreet U.S.A.” The song really doesn’t get changed much from the original, aside from sounding far more evil than one would have though possible.

The song is from their second release, White Trash Messiahs, on Steel Cage Records. It’s not their only cover — that album also contains a version of “Folsom Prison Blues.” The band at various times has covered the Runaways’ “Cherry Bomb,” David Allen Coe’s “Livin’ On the Run,” and AC/DC’s “Kicked In the Teeth.”

Cocknoose hasn’t played live in several years. The last time I can recall was at the Jackpot in 2005. The band isn’t broken up, they’re just on “hiatus.” A large portion of that can probably be attributed to the fact that guitarist and band wizard Widowmaker is in charge of a lot of the Flaming Lips’ tour stuff. You can see him in a Thor costume in the Lips’ U.F.O.s At The Zoo DVD, actually.