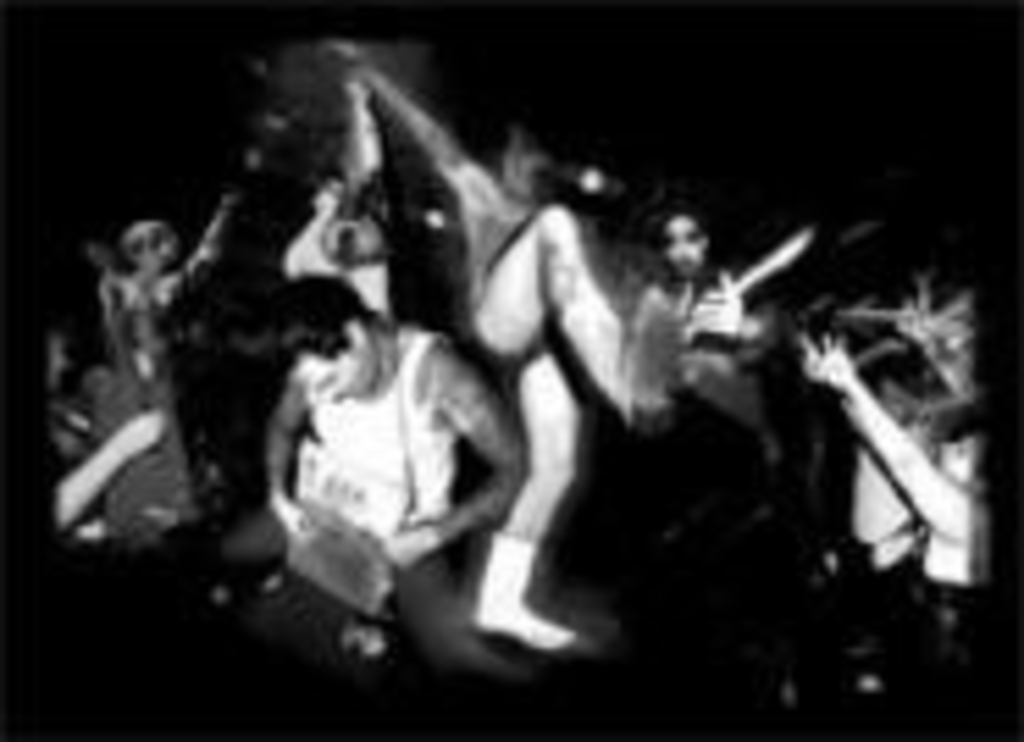 Throw Rag‘s headquarters, the 376-square-mile Salton Sea, in California, reeks to high heaven with rotting fish and decaying algae, and it serves as sanctuary to homicidal meth tweakers with names like Pooh Bear who threaten would-be police informants with genital-chewing by a rabid weasel. Such filth, danger and twisted humor feed Throw Rag’s self-coined “sailor rock,” a careening muck of old-school SoCal street-punk, swampy psychobilly, and Pabst-drenched garage-rock. The band is led by deranged howler Captain Sean Doe (who’s been known to stalk a stage in just cowboy boots and a thong), and it features killer washboard, mouth-harp, cowbell and bugle player Jacko the Cobra. If you’ve ever seen a gang of squalid swabbies maraud a town while on shore leave, you’ll know what to expect when Throw Rag takes the stage.