Three ways to rock for charity this month 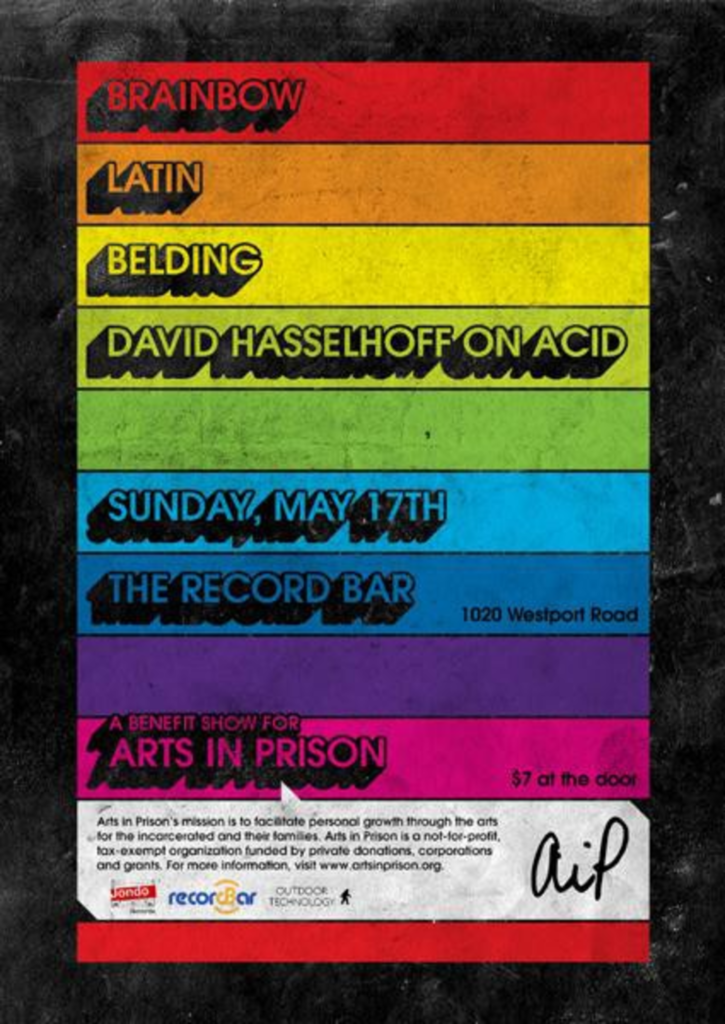 Sometimes it’s not enough to simply rock out. You have to rock out for a cause.

Arts in Prison is a non-profit organization that gets inmates singing and occasionally performing outside the jailhouse walls. Due to budget cuts at the Department of Corrections the inmate choir known as the East Hills Singers, who usually entertain up to 3,000 people per year, may not get to have any public concerts in the foreseeable future — unless someone rounds up some cash.

You can help out the jailbirds by attending a benefit show at the Record Bar this Sunday. Brainbow, Latin, Belding and David Hasselhoff On Acid are welding riffs for the cause. The cover is $7.

At the same time in Lawrence on May 31, the Replay will be host to a benefit show for Headquarters Counseling Center, a non-profit, 24-hour, free counseling center in Lawrence. The early, all-ages concert runs from 2 to 5 p.m. and features Adam Stokes, Mark Hennessy and Grant Fitch (of Paw, Danny Pound Band and Yeti Speak).